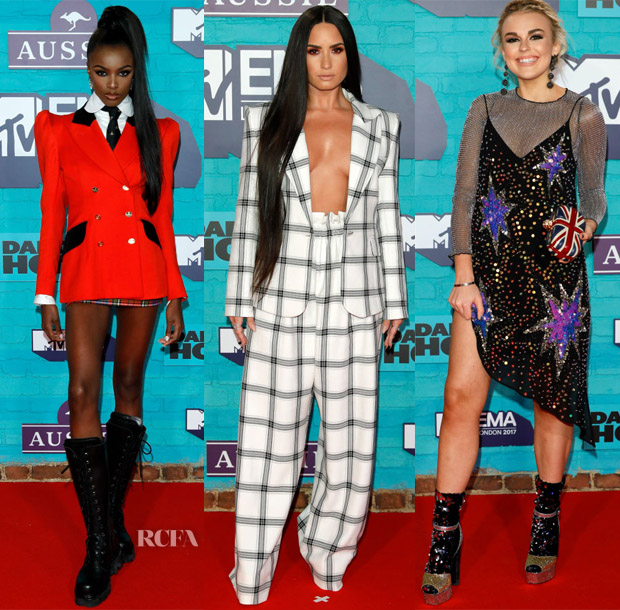 While many will still be talking about Rita Ora’s double bathrobe moment at the 2017 MTV EMAs on Sunday (November 12) in London, there were plenty of other daring looks to likewise borrow some of the spotlight.

Leomie Anderson: I love how the model looked to vintage Vivienne Westwood inspiration in this Fall 1994 look. Her high ponytail and combat boots added another layer of sassy edge to the look that had plenty of modern edge.

Demi Lovato: Proving that plaid and a paper-bag waist can somehow maintain a sexy appeal, Demi worked the proportions of this Styland suit to her advantage. Giuseppe Zanotti plafforms were clearly necessary given the length of the pants, with Messika jewelry rounding out the look. If the super-long extensions get a pass, it’s only because of this being a MTV occasion.

Tallia Storm: Her Topshop ‘Cosmic Star’ embellished slip dress offered an accessible interpretation on red-carpet dressing. I can easily see the socks and platforms being a sticking point, however, they did bring funky appeal, with an Alexander McQueen clutch for a bit of overt British flavour to finish the look. 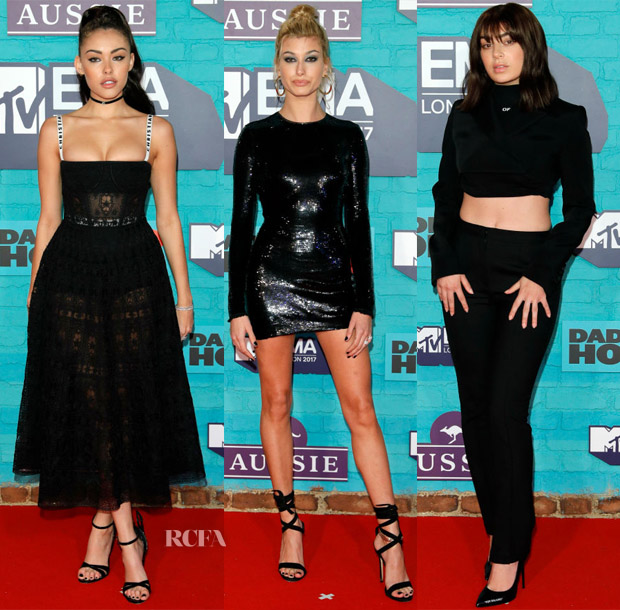 Madison Beer: This Christian Dior bustier frock with the lingerie Dior straps and sheer elements will likely give many of you déjà vu, as we’ve seen variations on the same.

Charli XCX: What struck me most about this Off-White Resort 2018 cropped suit was how conservative it was by the entertainer’s standards, with her blunt bangs also offering a fresh new look. 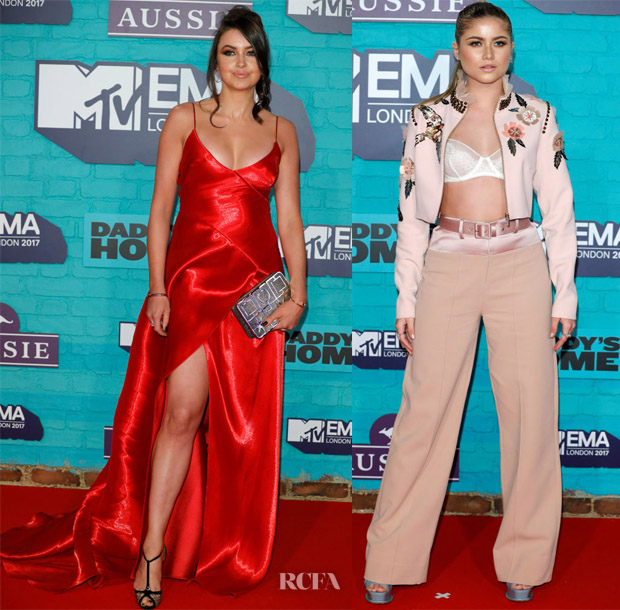 Emma Miller: When Andrea Riseborough wore this Ralph Lauren Fall 2017 gown, it was presented in such edgy-modern form. I was missing that here, given Emma’s pageant hair, metallic clutch, and T-strap heels.

Sofia Reyes: This Vitor Zerbinato two-piece look suffered from the same issue we saw when Kelsea Ballerini wore it—the mismatched jacket and pants. Plus, I couldn’t get on board with the exposed bra underneath. 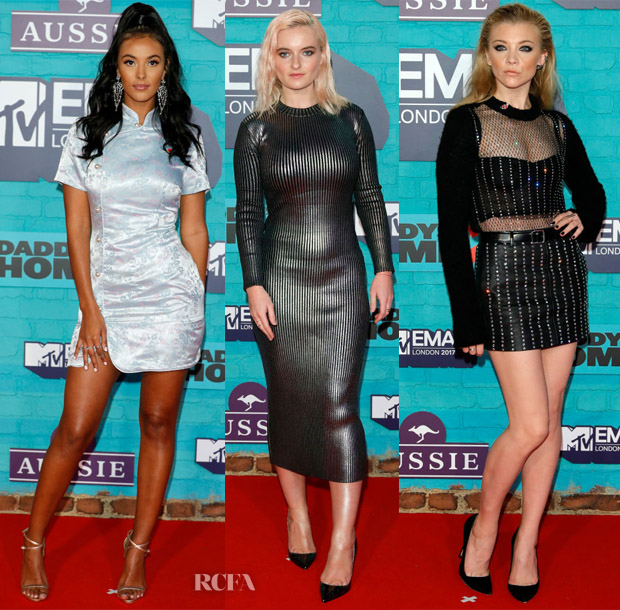 Maya Jama: This Asian-inspired ALEXACHUNG Pre-Fall 2017 mini also gave me a dated vibe by virtue of the half-up hair and chandelier earrings.

Grace Chatto: Another repeated look came by way of this Christopher Kane Fall 2017 dress, which was previously worn by Katy Perry. I think Grace would have had more success with the sheeny-shine of it, had she opted for a sleeker hairstyle. 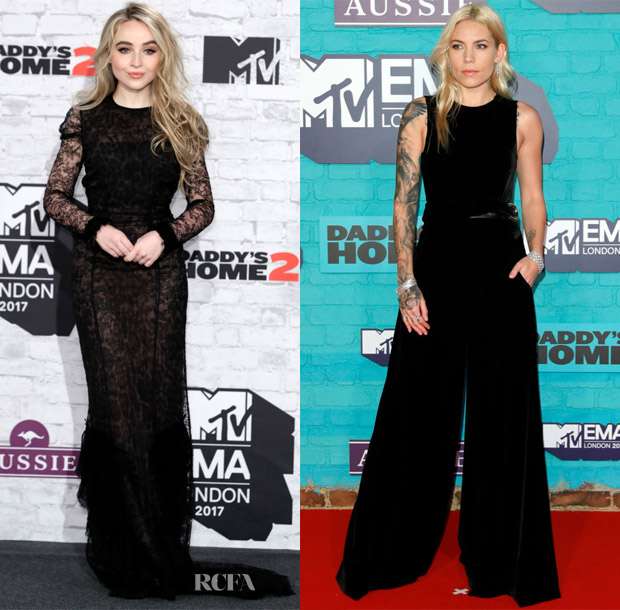 Sabrina Carpenter: I’m sure there’s a collective sigh of relief to see that this Roberto Cavalli lace, form-fitting gown was lined. Her soft waves added a romantic finish.

Skylar Grey: This classic, wide-legged Emporio Armani jumpsuit almost served as a blank canvas by which the edgier spirit of her artsy ink was fully celebrated. John Hardy jewels contributed a touch of sparkling glamour.

Laura Harrier Suits Up For The Hollywood...