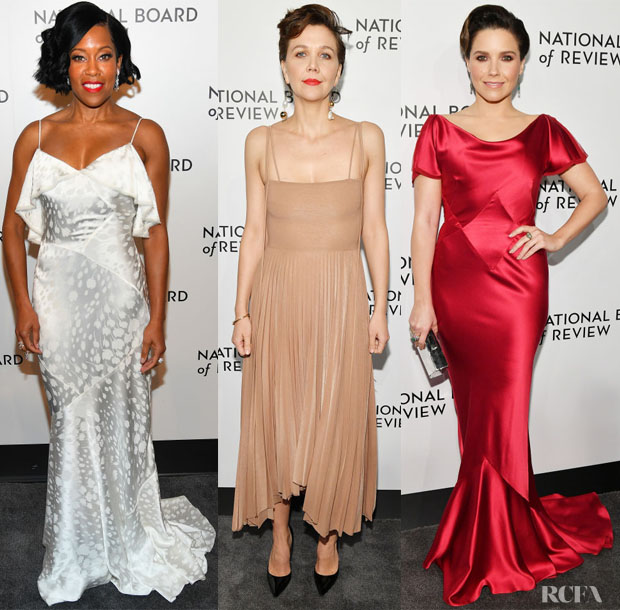 There were a myriad of looks at the 2019 National Board Of Review Annual Awards Gala on Tuesday (January 8) in New York City. Celebrities joined Olivia Wilde.

Regina King: Breaking from her recent pink outfits, the ‘If Beale Street Could Talk’ actress wore a speckled Zac Posen gown which had a pattern that mimicked falling snow. The frilled bodice plays off the diagonal seaming.

Maggie Gyllenhaal: ‘The Kindergarten Teacher’ actress kept things understated in a neutral A.W.A.K.E. Spring 2019 dress. The earrings help enliven it but I would have chosen a different shoe.

Sophia Bush: Oozing Old Hollywood glamour, the actress was outfitted in a Zac Posen dress. This material is notorious for creasing and puckering so I commend the chic, liquid finish. 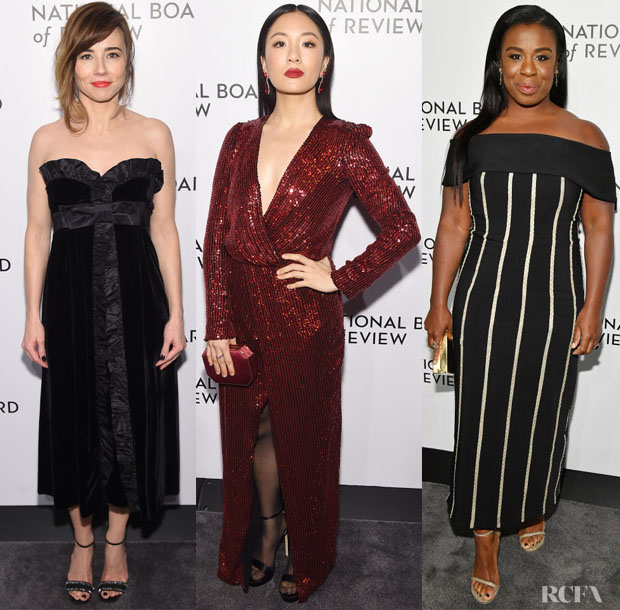 Linda Cardellini: She continued the bow trend of the 2019 Golden Globes with this inky number. The black velvet with the crinkled trim had a bewitching boudoir sentiment without looking like nightwear.

Constance Wu: The disco vibes were apparent in the ‘Fresh Off The Boat’ actress’s Galvan London ensemble. I foresee the sheer tights being divisive.

Uzo Aduba: The ‘Orange Is the New Black’ actress looked statuesque in her striped Elizabeth Kennedy dress. The vertical lines created a sharp effect which was subtly echoed in her accessories. 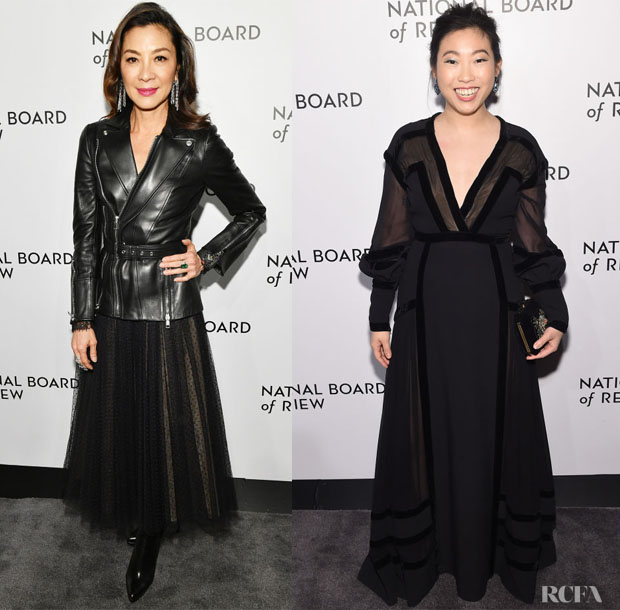 Michelle Yeoh: The Malaysian actress showcased her edgy side with her Jason Wu biker jacket and boots. The badass vibes were juxtaposed with the tulle skirt and dangling earrings for a dynamic all-black ensemble.

Awkwafina: Also wearing black like her ‘Crazy Rich Asians’ costar, the funny lady donned an Elie Saab Fall 2018 gown where the velvet trim created a graphic effect. Some tailoring would have prevented the slight sagging effect the dress has at present.