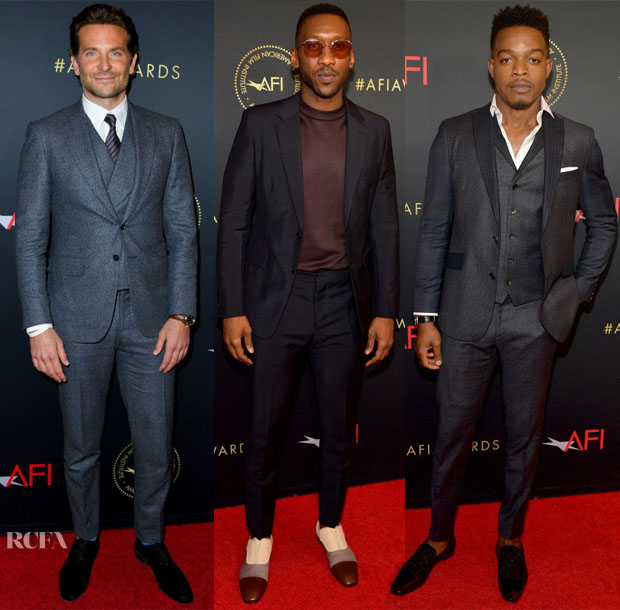 We won’t forget the fellas who joined a host of ladies at the 2019 AFI Awards this afternoon (January 4) in California.

Bradley Cooper: Am I the only one who desperately wants to undo that button? This wool Isaia suit was the better of his two looks this past 24 hours – which he styled with velvet Christian Louboutin ‘Greggo Orlato’ shoes – but if he was going to button up, he should’ve lost the vest, because the as look as presented feels really bulky.

Stephan James: Do not adjust your screens. This is a rare moment of Stephan James wearing black. The ‘If Beale Street Could Talk’ actor was decked out in a three-piece Etro suit which mixed classic tailoring with a contemporary cut. I will give him a pass on going sans socks, as he was rocking a swaggy pair of Christian Louboutin ‘Dandelion’ patent and printed loafers. Chopard’s L.U.C Perpetual Twin timepiece completed his look. 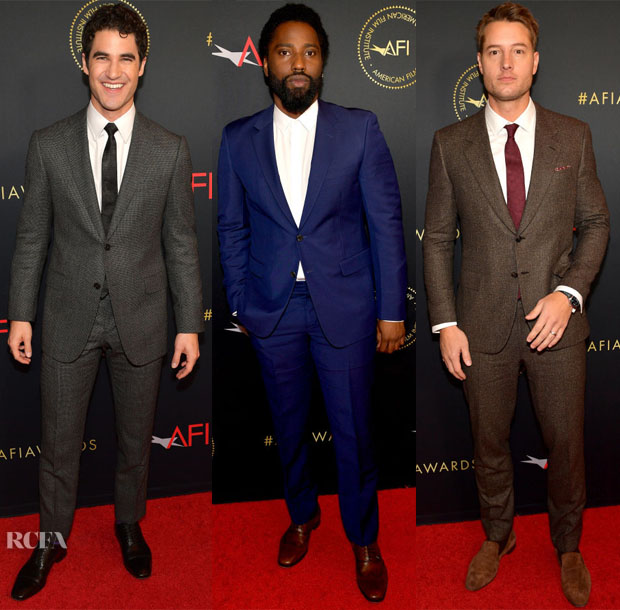 Darren Criss: There is usually a dynamic element to a Darren Criss look, but the actor played it simple and safe on this occasion.

Justin Hartley: If any man can make a brown suit work, it’s Justin Hartley. Is anyone else wondering what this would’ve looked like had his Louboutin been maroon instead of tan? 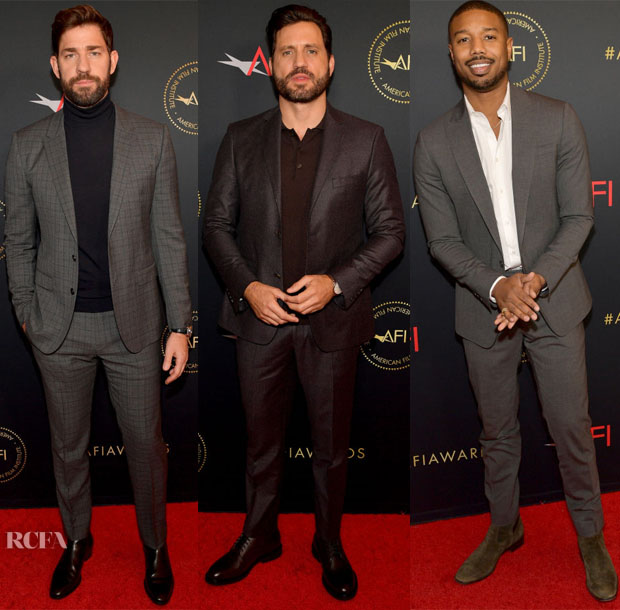 John Krasinski: The actor is having quite a moment with turtleneck sweaters, and I’m here for it. The actor wore a Dolce & Gabbana suit with a Cos sweater.

Edgar Ramirez: Dressed in Strong Suit, the actor was rocking a strong hue in this gorgeous wool eggplant suit.

Michael B. Jordan: I miss the old Michael. This does nothing for me.