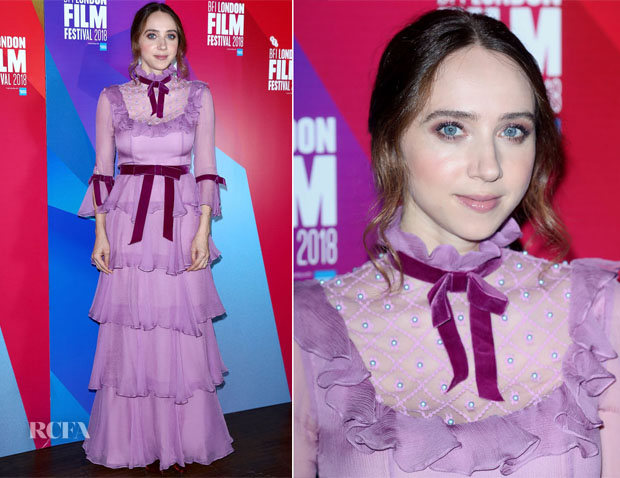 Zoe Kazan was joined by her Gucci-clad beau Paul Dano on the red carpet for the ‘Wildlife’ premiere during the BFI London Film Festival on Thursday (October 13).

Following her last red carpet look, this Honor gown was infinitely better, as it was far more flattering.

Yes, this look sits firmly in her wheelhouse with the Victorian influences, ruffles and high collar, but for me, this is one of her best looks so far during this promo tour as it was oozing romanticism.