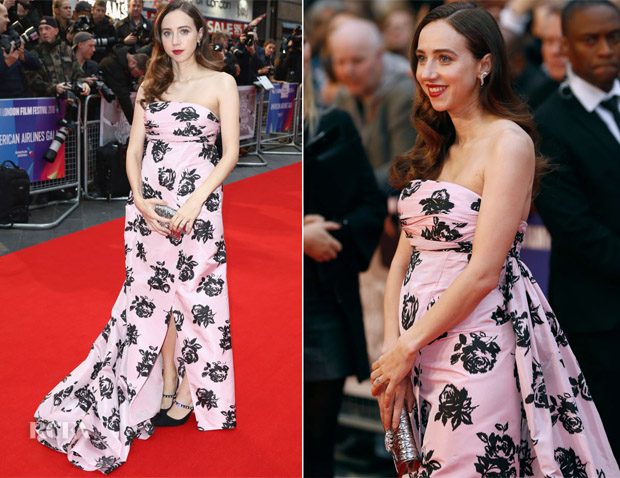 Zoe Kazan attended the UK premiere of ‘The Ballad of Buster Scruggs’ during the 62nd BFI London Film Festival on Friday (October 12).

The actress wore pink silk Miu Miu pink gown which didn’t have any of the traits – such as the crystal embellishments – that have become signatures of the fashion house.

Aside from the pretty colour and print, I don’t find the look flattering. Like at ALL. It feels like fabric was draped around her with no real idea in place.

I know some of you hold theories that she’s expecting baby number two, and if you weren’t, these pictures might just enable you to share that view.

Anna Paquin Goes Back To Black For ̵...

International Day of The Girl Child