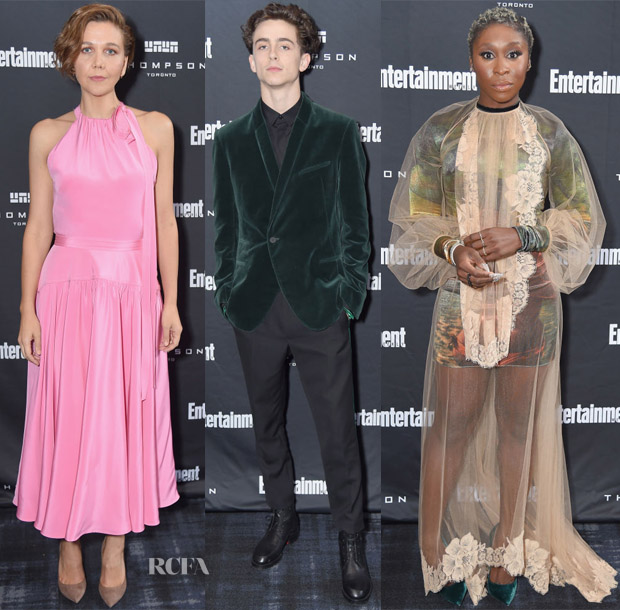 A number of stars were at Entertainment Weekly’s Must List Party during the 2018 Toronto International Film Festival on Saturday (September 8) in Canada.

Maggie Gyllenhaal: It’s been some time since we’ve seen Maggie on the red carpet, but she made a sweet return in this pink Calvin Klein dress. It’s a refreshing, lighter colourway that we don’t often see the actress wear. However, I will have to choose to ignore the shoes.

Timothée Chalamet: I had high hopes for Timothée after his last look. This Haider Ackermann Fall 2018 velvet ensemble was fine, but didn’t quite have the same impact.

Cynthia Erivo: At the ‘Widows’ premiere, Cynthia wore a similar overlay design. This Stella McCartney Fall 2018 look was complex and intriguing, so I’m not surprised she shortened the original runway version to make it a bit more manageable. 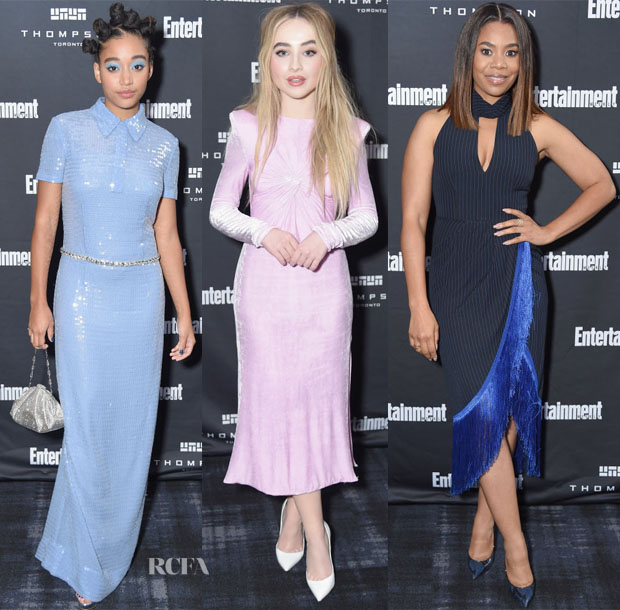 Amandla Stenberg: Continuing to radically switch up her style — much to our delight — this time out, she fully committed to a baby-blue Prada paillette gown look with quirky hair and makeup to personalize the look in a way only she can.

Sabrina Carpenter: This Versace Spring 2018 dress may resonate as familiar to you, as Nicole Kidman previously wore the pink bold-shoulder frock. I’m not sure she has quite the same presence as Nicole, although the look may have been more powerful had she worn her hair up to show off the full structure of the design.

Regina Hall: I realize the blue fringe was an effort to sass up this Vatanika black wrap dress, but I kinda just wanted it to go away.