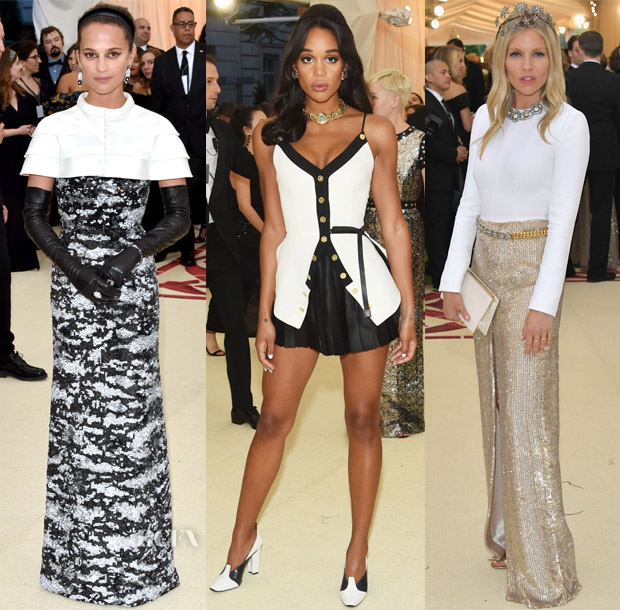 There were numerous ladies decked out in Louis Vuitton at the Heavenly Bodies: Fashion & The Catholic Imagination Costume Institute Gala on Monday (May 7) in New York City, joining Emma Stone.

Alicia Vikander: Sharp, sleek and modern spring to mind when gazing at the Swedish actress’s ensemble. The two-tone colour palette speaks to the theme, but it has been reimagined in a way that’s very representative of the designer.

Laura Harrier: Showing off her gorgeous gams, she was one of the few who opted for a short silhouette this evening. It’s a flirty look, but doesn’t express the theme or grandeur of the event.

Sienna Miller: The British beauty captured the angelic allure that was popular at the gala, but presented it with more structure than many. The chunky chains add a weighty edge against the sequined fabric and whimsical headpiece. 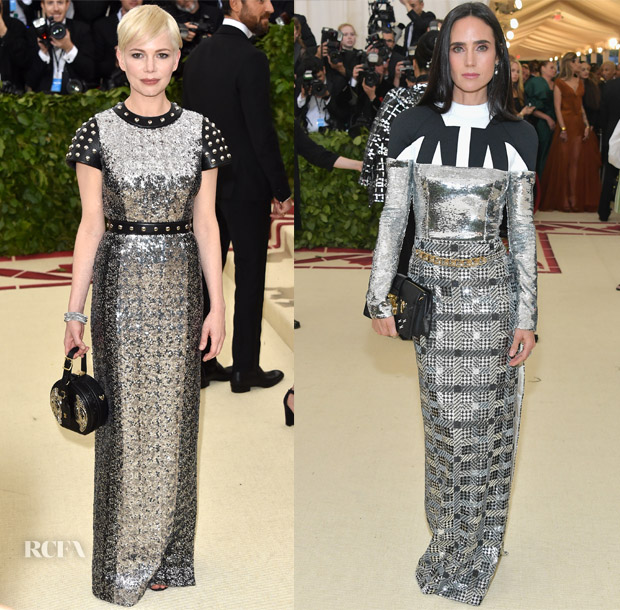 Michelle Williams: After a few ho-hum looks, I was pleased to see the actress in this shimmering style. The silhouette is very much in her wheelhouse but the mix of glistening fabric and tough accents make it feel fresh. She didn’t need the bag, but it does add a softer shape against the column.

Jennifer Connelly: The mixture of fabrics is most dynamic, especially on the bodice as it creates a ‘cut in half’ effect. It feels very authentic to her and the designer, but I cannot overlook the dragging skirt. 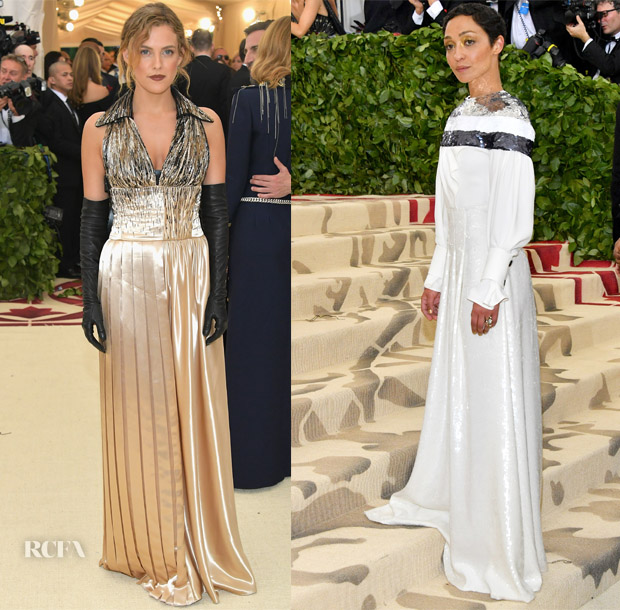 Riley Keough: She was another one who accessorized with gloves. The soft gradient effect in the gown brings in the black colour, but it feels like there’s something missing to present a strong cohesive finish.

Ruth Negga: She was like a breath of fresh air on the carpet with her flowing white gown. Most veer towards maximalism, but she didn’t feel the need to over-embellish or heavily accessorize, and it worked in her favor.