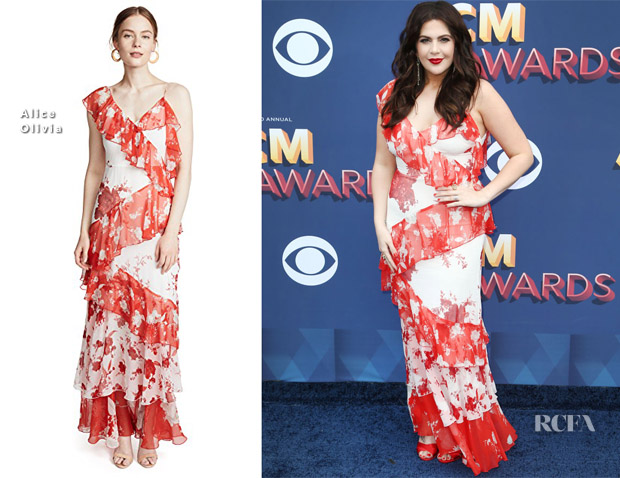 Hillary Scott of Lady Antebellum took to the red carpet 2018 Academy of Country Music Awards held on Sunday (April 15) in Las Vegas, Nevada, prior to her performance at the event.

The singer wore an Alice + Olivia Olympia asymmetrical maxi dress that some might say is more Independent Spirit Awards than ACM Awards, but the look feels so right for the current season.

If you read the details out loud; V-neck, a frilled ruffles at the shoulder and skirt, with a flared and tiered hem, it sounds there’s a lot going on, but the parts combine to make a feminine, grown-up evening dress with the hint of the exotic.

Touches of red perfected the look. 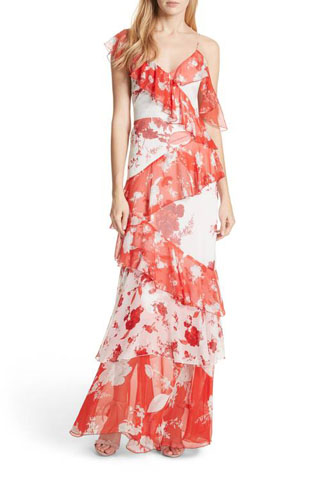