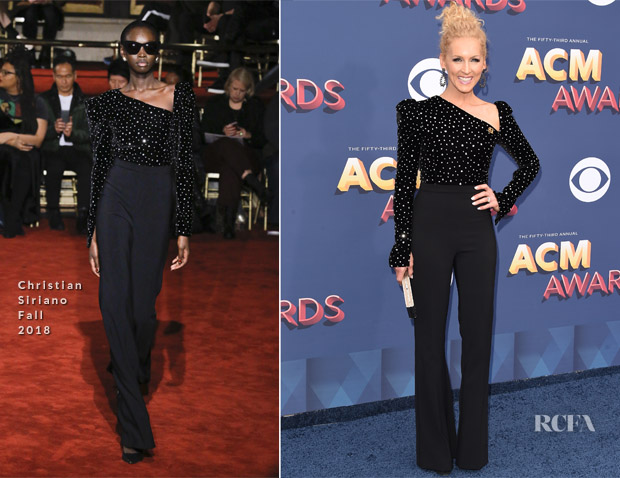 Plush velvet accented with diamante detailing and slim-fit trousers makes quite a contemporary jumpsuit from Christian Siriano. Kimberly made an additional statement of her own wearing a gold pin with the number 851. This was part of an initiative by the country music artists to honor the victims of the Route 91 Harvest Festival shooting.

851 is for the 851 people injured during the shooting on October 1 at the 2017 Route 91 Harvest Festival in Las Vegas. Those who wore 58 is for the 58 people who were killed during the tragedy; and 1 represents unity. 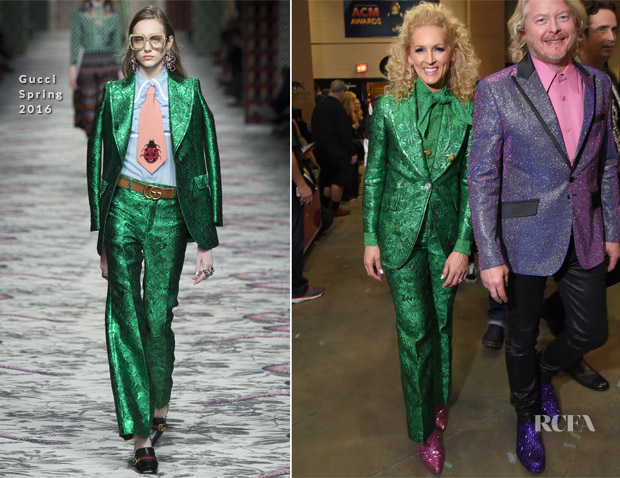 For her performance Kimberly channelled her inner Austin Powers wearing a goddess green Gucci Spring 2016 jacquard suit with a padded shoulders and shawl lapels that lent a 60s edge. That 60s vibe was only heighten by the pink glitter boots. I love the playful nature of this look. You may remember that Judith Light wore this same suit last month.