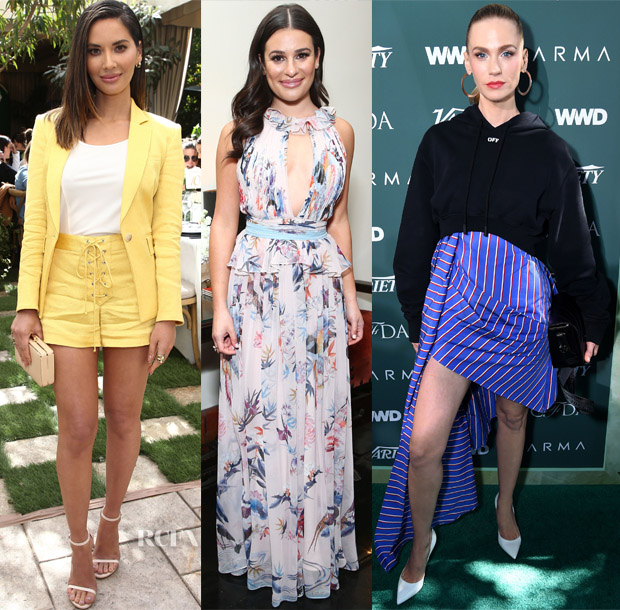 To celebrate the inaugural launch of the Runway to Red Carpet initiative, the Council of Fashion Designers of America (CFDA), Variety and Women’s Wear Daily (WWD) hosted a star-studded luncheon on Tuesday (February 20) at the Chateau Marmont, which was sponsored by Karma Automotive.

A range of starlets were in attendance. However, if you had just looked at their ensembles, you’d never know they were at the same event—so diverse were their modes of dress.

Olivia Munn: I like the sunny outlook of this Veronica Beard Spring 2018 warm-weather-ready suit set, with the drawstring detailing adding an element of feminine allure. Obviously, the shorts didn’t stand up so well to the creases from sitting.

Lea Michele: Opting for a more romantically feminine offering, Lea wore a Zuhair Murad floral gown with a ruffled peplum. I can imagine this dress looked very pretty in the garden outside.

January Jones: I appreciate the directional, urban-forward mood the actress was setting with this Off-White Resort 2018 look—complete with that slick-back ponytail. However, I know the deconstructed, pinstripe skirt will have many saying it looks as if she wrapped a bolt of men’s shirting material around her waist. 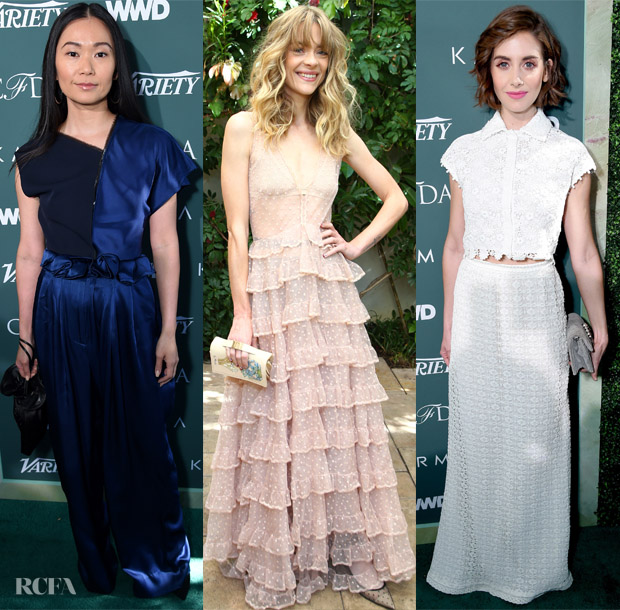 Hong Chau: Working shades of navy, Hong donned an ADEAM Spring 2018 scarf panel top paired with paper bag trousers. I do think the pants could have been shortened and tailored just a smidge more to better fit her frame—even if the longer length was how they were initially presented on the runway.

Jaime King: The naked dress took on a boudoir meets bohemian-romantic meaning in this Christian Dior Pre-Fall 2018 sheer ruffle, point d’espirit frock. Just don’t look too closely, or you may see the dark band of her briefs underneath. A Dior tarot clutch and Dior shoes rounded out the whimsical, lingerie-influenced mood.

Alison Brie: I love the pristine, girlish sophistication of this Giamba Spring 2018 top and skirt. It was a refreshingly crisp, relevant look amidst the eclectic event—especially with her bright pink lip. 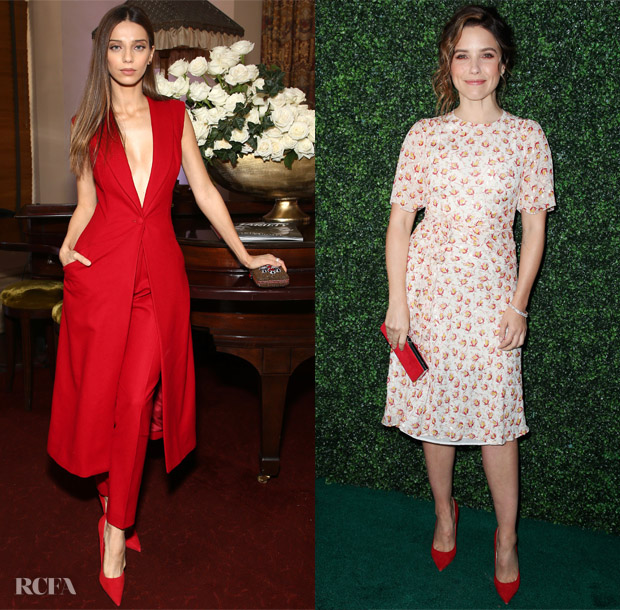 Angela Sarafyan: A vest and trousers wouldn’t immediately be pinpointed as sultry, but Angela ensured that her plunging Ingie Paris Fall 2016 look was firing on all red-hot cylinders. A Heliopolis clutch and red Le Silla pumps completed the ensemble.

Sophia Bush: Also going for a more girly vibe, Sophia kept it simple in a L.K. Bennett floral frock styled with Montblanc bangles and candy-red accessories to bring out the print. 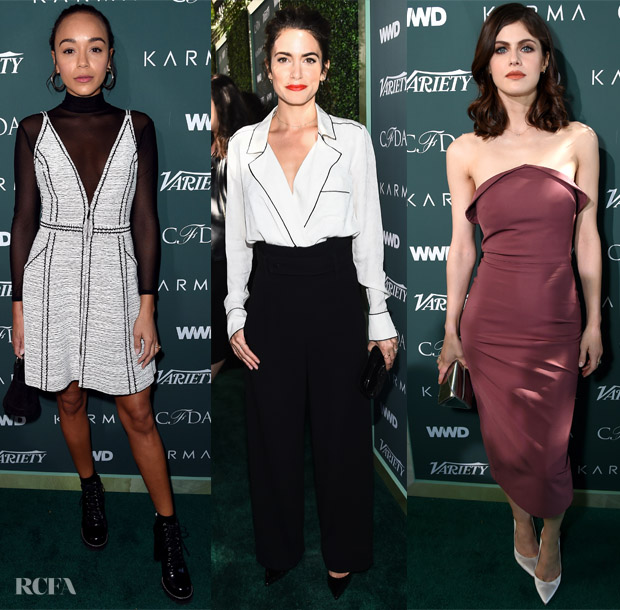 Ashley Madekwe: The charms of a little Chanel dress were celebrated with this frock that had an interesting textural component. Louis Vuitton boots and a Simon Miller bag contributed an edginess that certainly kept it from translating as precious.

Alexandra Daddario: This sexy daytime look came courtesy of the Cushine et Ochs Fall 2018 collection. Yet, I would have like to see the mauve, body-con dress with a sandal, instead. 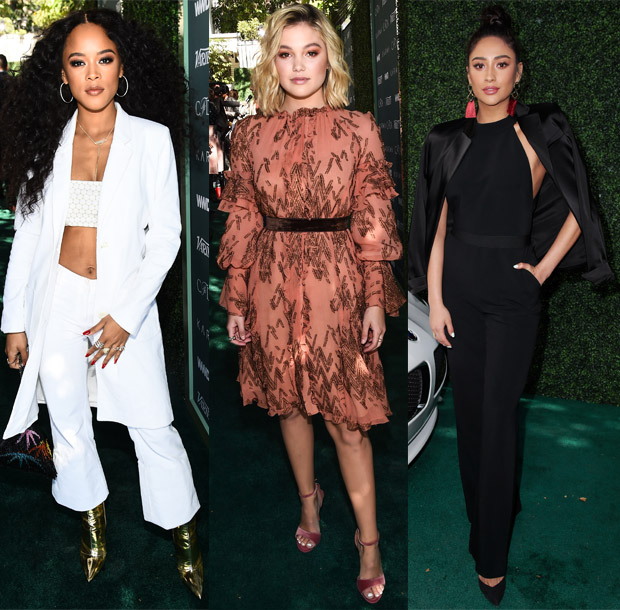 Serayah McNeil: We’ve seen several renditions of suiting pieces here, but Serayah’s Adriana Iglesias Spring 2018 white version had a distinctly retro-inspired, hip-hop edge what with the long jacket and cropped flared pants along with her bandeau top and Le Silla metallic boots. Her glorious locks are always what I end up focusing on, though.

Olivia Holt: The ruffles and embellishment of this J. Mendel Fall 2018 frock needed nothing to enhance the effect, so I’m glad she kept her styling youthful and simple.

Shay Mitchell: I love the dramatic power of this Brandon Maxwell jumpsuit accessorised with Stella Luna ‘Indispensable’ pumps and tassel earrings. Yet, when worn with the Alexander Wang blazer flung atop her shoulders, I wonder if it would have been better suited for an evening event, given the elegant-glam effect.