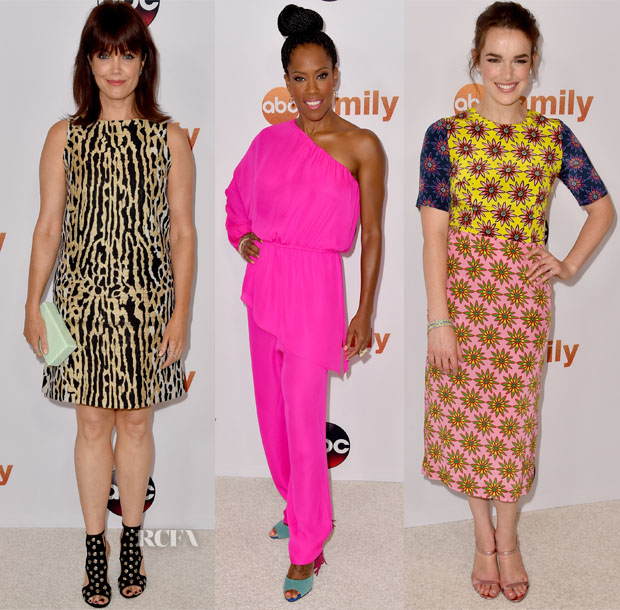 Bellamy Young: I see where Bellamy was going here, but sadly I just don’t buy it. While I have no problem with the Valentino animal print dress, the Tamara Mellon studded booties don’t work for her and the Edie Parker mint clutch is terribly out of place. To add more oil onto the fire, I don’t like her bangs either. The whole hairstyle screams mullet.

Regina King: There’s no way you could’ve missed Regina in her hot-pink Tamara Mellon one-shoulder jumpsuit. While I think the look would’ve fared better without the layered detail, she’s rocking the hell out of this piece. Tri-colour Christian Louboutin ‘Otrot’ fringed colour-block suede sandals added yet more pizazz to this look.

Elizabeth Henstridge: Another actress who was sure to be seen was Elizabeth Henstridge. The brunette beauty opted for a colour-block House of Holland ‘Emily’ dress rendered in a 70s flower power vibe. Keeping the focus on the dress, nude sandals rounded out her look. 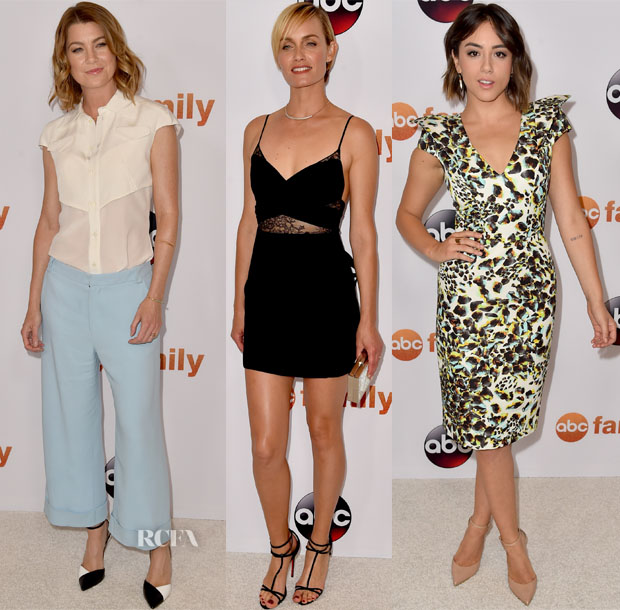 Ellen Pompeo: The actress’ Roland Mouret look was clean, fresh and summery, yet I found myself totally bored by it. Even the dual-colour pumps failed to pique my interest.

Chloe Bennett: I love everything about Chloe’s Rubin Singer Resort 2015 abstract leopard print dress. It’s fun and flirty with plenty of youthful appeal. She neither under or overcooked the look. 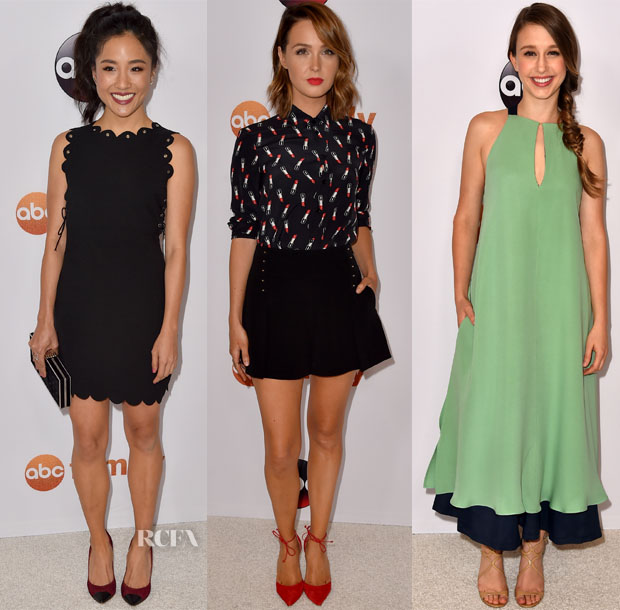 Constance Wu: I love the grommet and scalloped detailing which adds plenty of intrigue to Constance’s Storets dress. I just wish she had more fun with the styling as I’m not a fan of her two-tone Jerome C. Rousseau ‘Flicker’ pumps or her black clutch.

Camilla Ludington: This was perhaps one of my favourite looks of the event. Mostly because her Saint Laurent lipstick print blouse and Derek Lam shorts combo was so chic and modern. But mostly because of her Manolo Blahnik ankle tie red pumps which are to die for.

Taissa Farmiga: Had it not been for the dual-colour layer, I perhaps wouldn’t have paid much attention to this. The look is sweet, but nothing to get excited about.