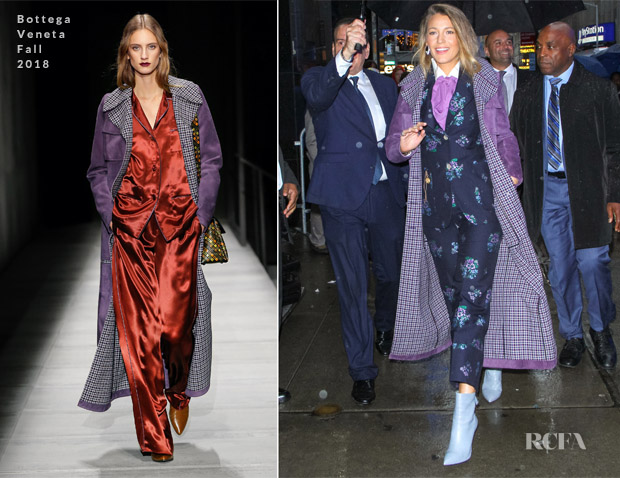 As Blake Lively continued celebrating her new movie ‘A Simple Favor,’ she was in New York City for more promotion and the premiere — which meant she marched out five different suited-up looks on Monday (September 10).

Good Morning America: In what may be her quirkiest suit moment yet, the actress played with patterns in this floral Gucci suit styled with a Bottega Veneta Fall 2018 trench and Stuart Weitzman ‘Juniper’ booties. It was a bit of a sensory overload, but I like that she’s having so much fun suiting up — althouth it did remind me of something we’d see on Jared Leto — if he wore cropped pants. 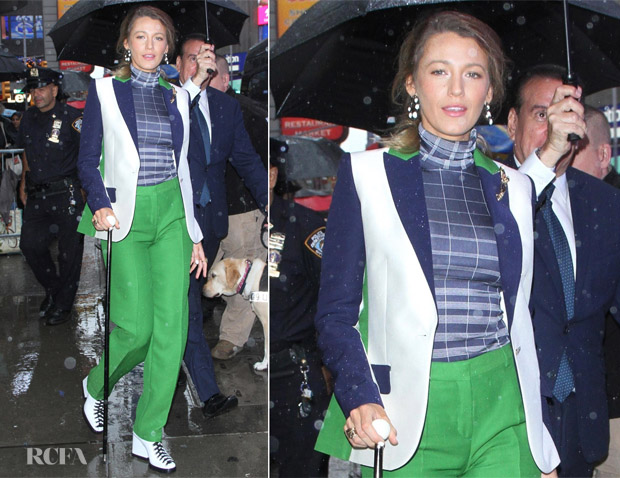 Live with Kelly & Ryan: If you thought it couldn’t get funkier than her ‘Good Morning America’ look, I give you Exhibit B. The colour-blocked suit was one thing, but I’ll have to draw the line at the costume-ish cane and lace-up wedges. 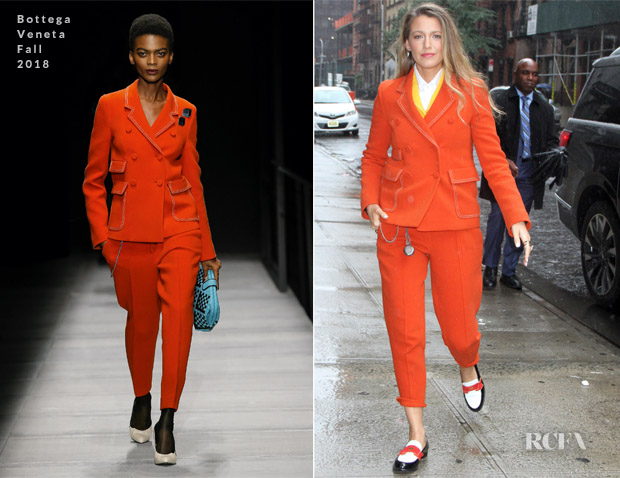 Twitter Talk: Despite the dreary conditions, she brought a bright, bold appeal in this Bottega Veneta Fall 2018 suit while at Twitter to talk about the film. I like how the Christian Louboutin ‘Monana Penny’ loafers echoed the menswear-influenced motif in a trendy-chic way. 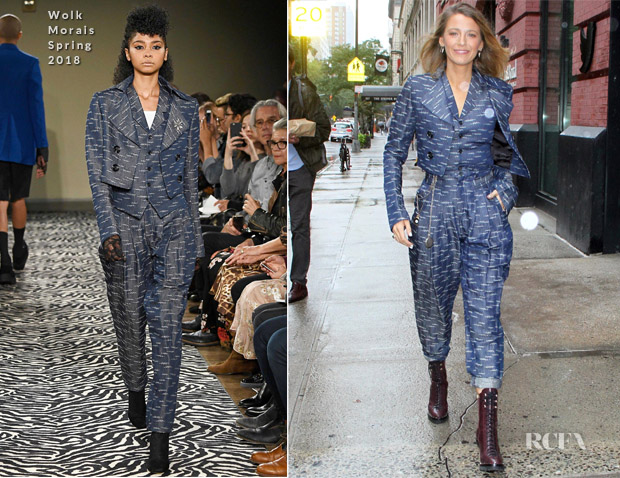 Out In New York: This Wolk Morais Spring 2018 denim three-piece suit was an easy favourite. Nipped in at the waist, its play on proportions offered a flattering silhouette with the Valentino ‘Rockstud’ leather ankle boots adding a literal rock-star edge to the modern Canadian tux. 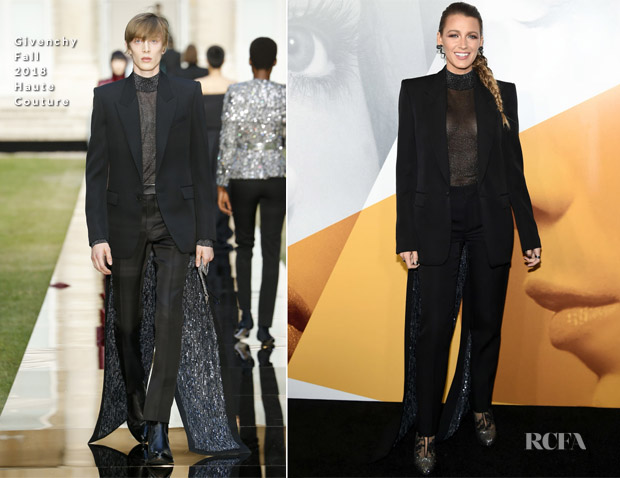 ‘A Simple Favor’ New York Premiere: With a glam new take on a tux and tails, she donned a Givenchy Fall 2018 Haute Couture menswear look made alluring with the sheer shirt. I love the glittery drama of the jacket’s cape-like effect — especially when she walked. Lorraine Schwartz jewels and a cool-girl braid finished the formal moment.

The Business Of Fashion Celebrates the #BoF500