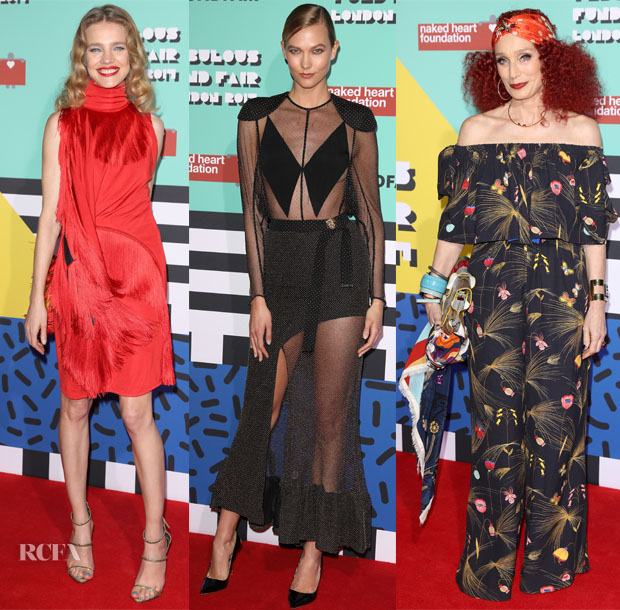 A collection of bold beauties were out in support of The Naked Heart Foundation’s Fabulous Fund Fair in London on Tuesday (February 21).

Natalia Vodianova: The model is known to favour red for this event, and she played favourites again with a bright crimson Givenchy Spring 2017 frock enlivened with fringe—although she could have continued the colour theme down to her shoes. With the high turtleneck, I do think her hair would have been better served in a sleek updo.

Karlie Kloss: The Louis Vuitton Spring 2017 collection has been hit or miss on the red carpet, but Karlie was up for the challenge with this black sheer gown. Both her statuesque height and her simplicity of styling were beneficial here.

Kristin Scott Thomas: Understated was not in the actress’s vocabulary, at least not for this event, as she brought out all the bells and whistles for this Fendi Resort 2017 off-the-shoulder jumpsuit. One would think the flowers and butterflies printed on her outfit would have been quite sufficient, but that was only the beginning with piles of bangles and scarves adding an eccentric, gypset spirit. Of course, her hair was having its own party. 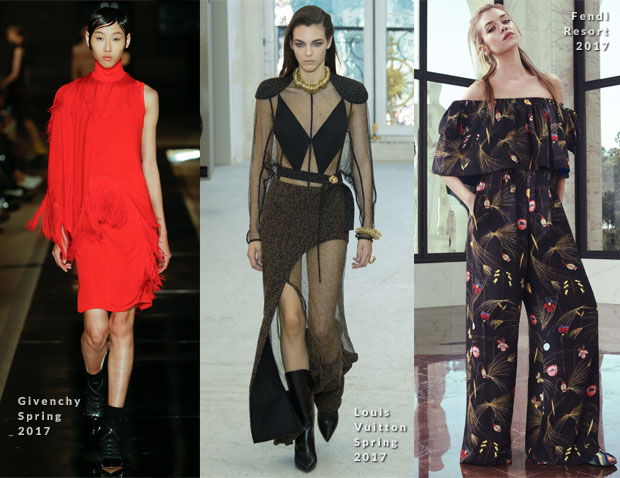 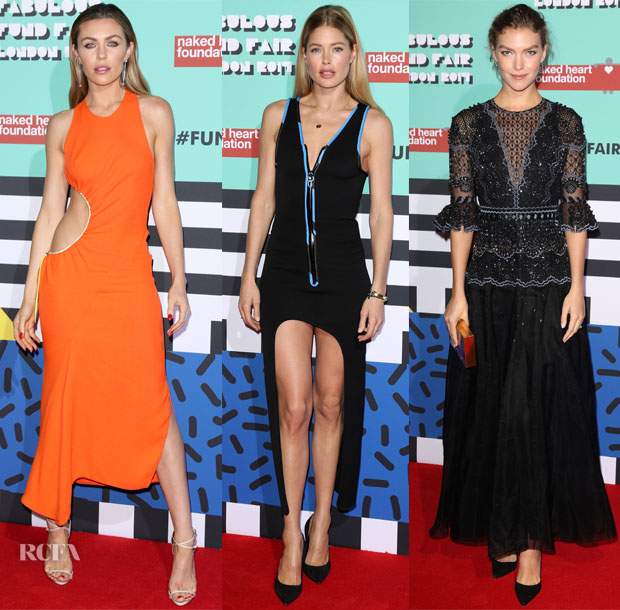 Abbey Clancy: Seeing this Mugler Resort 2017 dress in the lookbook had me wishing that the drawstring cutout was cinched a bit tighter above the hip on Abbey. But the juicy, orange hue was lovely.

Doutzen Kroes: Dressing up the sporty edge of this Louis Vuitton Resort 2017 ensemble, she took it down to the bare minimum. The remaining dress looked as if its entire centre had gone missing, and as if it needed to be pulled down a smidge or two.

Arizona Muse: Compared to some of the other looks, Arizona was all covered up in her decorative lace Temperley London Fall 2017 gown. Modified from the runway, it did lose something of the more delicate, diaphanous quality with the heavy, more sombre treatment of the solid black skirt. 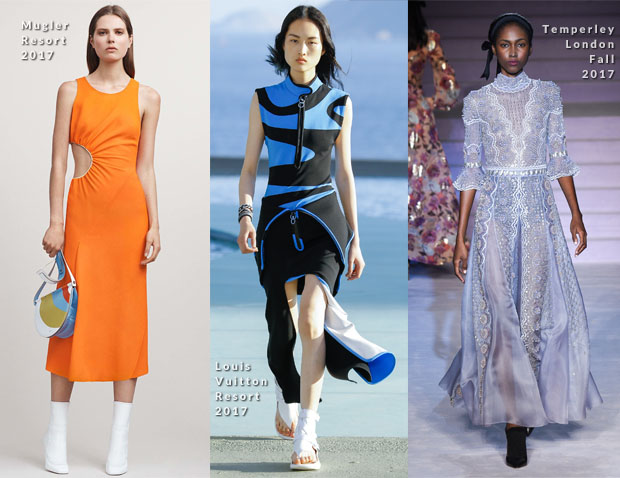