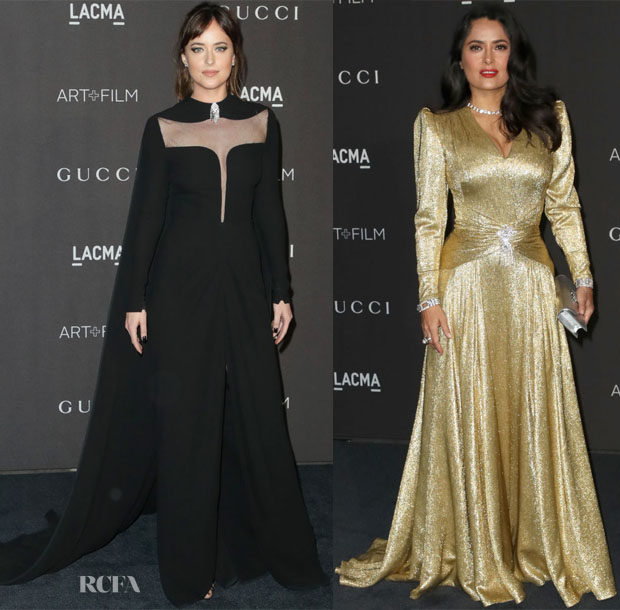 There was plenty more glamour on display on the red carpet at the 2018 LACMA Art + Film Gala on Saturday (November 3) in Los Angeles, California, joining Kiki Layne, Zoe Kravitz and Rowan Blanchard.

Dakota Johnson: I know sheer yokes aren’t favoured by most, but this Gucci look could’ve translated as too heavy and gothic-like for Dakota without it.

Salma Hayek: Seeing Salma in this Gucci gold gown, it’s feels like it would’ve been perfect for the ’80s soap Dynasty. The jewel play their part too. 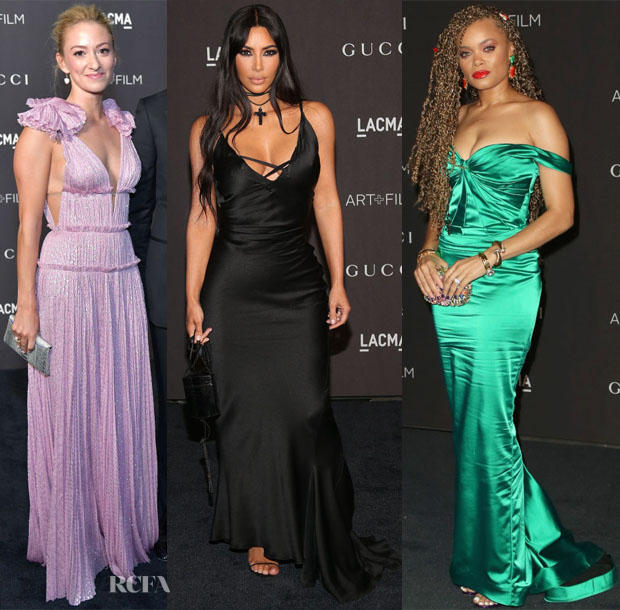 Olivia Hamilton: This J. Mendel Spring 2019 pink gown was so pretty and oozing with ethereal charm.

Kim Kardashian: The reality star opted for a vintage Gucci Fall 2002 by Tom Ford. She even worked in the crucifix that accompanied the look on the runway. This bias-cut dress is something she does a lot, so there are no surprises here.

Andra Day: The singer was looking very festive in her Zac Posen gown, thanks to her additional styling of red and green jewels. 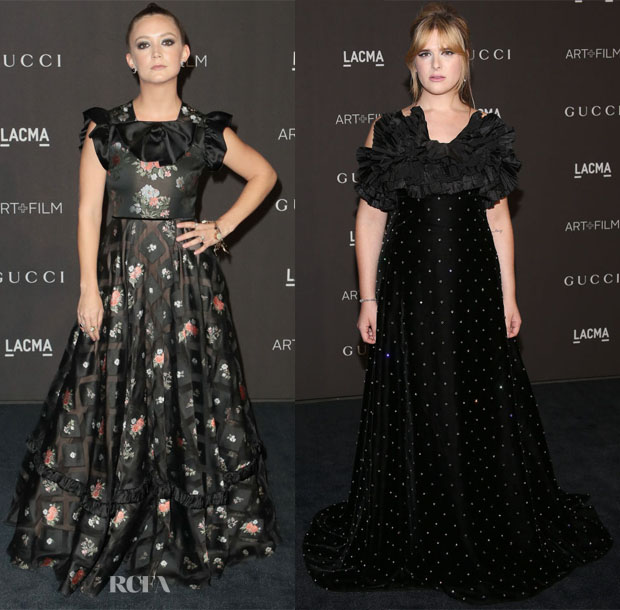 Billie Lourd: Her Gucci dress may have a sweet nature, but her attitude feels quite rebellious for a confusing mix.

Hari Nef: The actress was back to wearing Gucci after a spell opting for Simone Rocha. While I’m not crazy about the silhouette, I do love the drama of the ruffled bodice and twinkling embellishments. 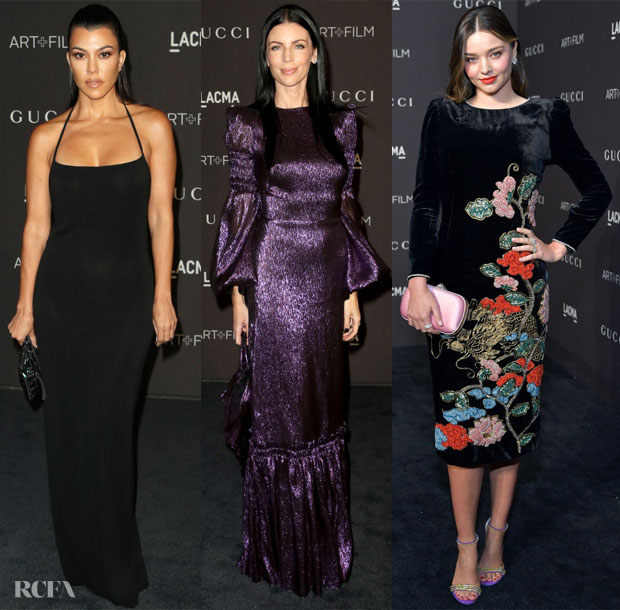 Liberty Ross: For a second I thought this dress was  by The Vampire’s Wife, but Liberty is actually wearing Gucci.

Miranda Kerr: The model wore a season perfect Gucci Fall 2018  dress which was tailored to a body conscious fit, unlike the loose fit we saw on the runway. 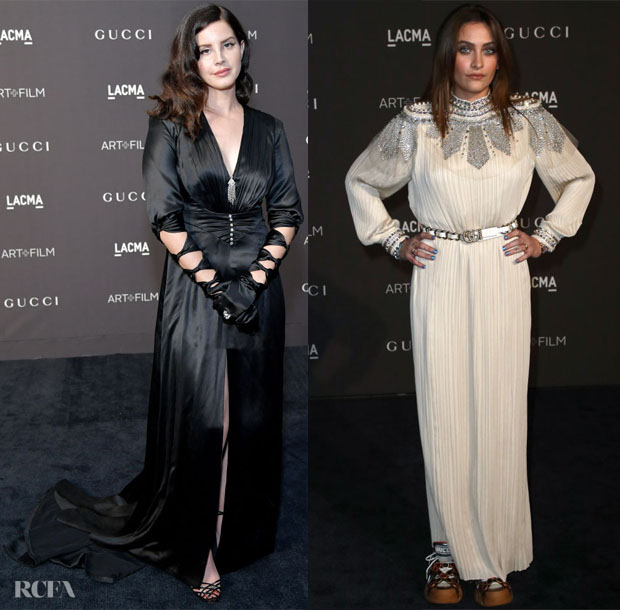 Lana Del Rey: Am I alone in believing that this Gucci gown feels like it would’ve been perfect for Madonna?