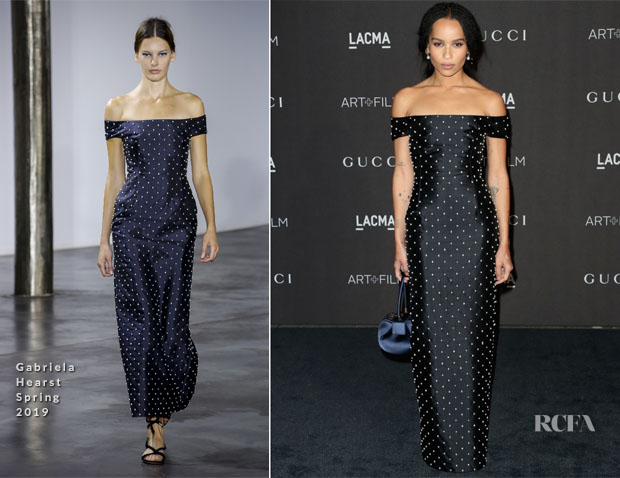 After a brief flirtation with colour, it was back to being dark and mysterious for Zoe Kravitz who attended the 2018 LACMA Art + Film Gala on Saturday (November 3) in LA.

This event is hosted by Gucci, so we expect mostly Gucci-clad guests, but Zoe has never been one to play by the “rules”, so the actress wore a Gabriela Hearst Spring 2019 navy dress adorned with water pearl accents.

I love how the off-the-shoulder dress oozes seduction and has contemporary flair despite classic design.

The look would not have been completed without the signature Gabriela Hearst ‘Demi’ bag.