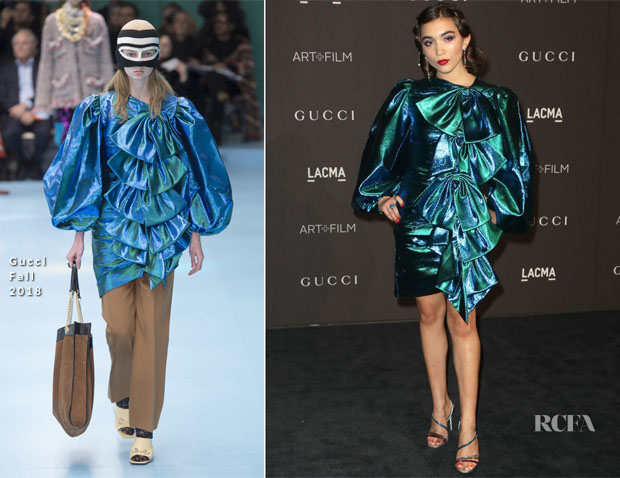 Rowan Blanchard was mixing eras at the 2018 LACMA Art + Film Gala at LACMA on Saturday (November 03) in Los Angeles, California.

I love how the lame fabric that almost appear holographic and the bow accents emulate the decade’s love for strong silhouettes.

Everything about this look screams drama, including the makeup.

Rowan doesn’t usually make such strong statements, so I’m enjoying every element of this look.