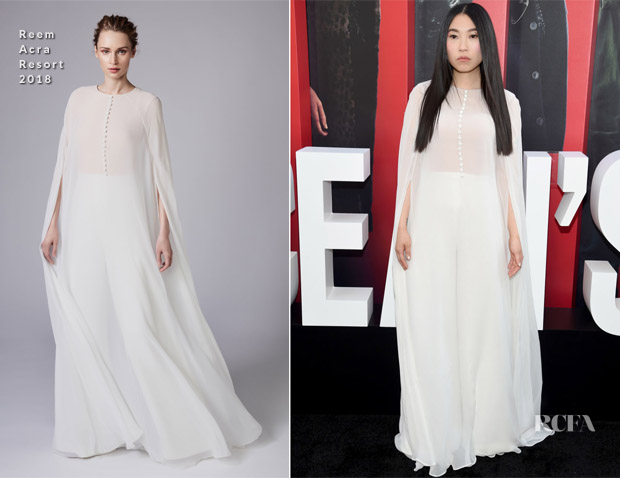 I was really surprised by this ethereal offering from the rapper. I was expecting something a bit more fashion forward and adventurous.

Some might think her Reem Acra Resort 2018 jumpsuit is too bridal, others might say the cape look has been overplayed. I love how this was unexpected, and so far away from her bad girl persona this is.

Awkwafina Wore Valentino To The ‘Juman...