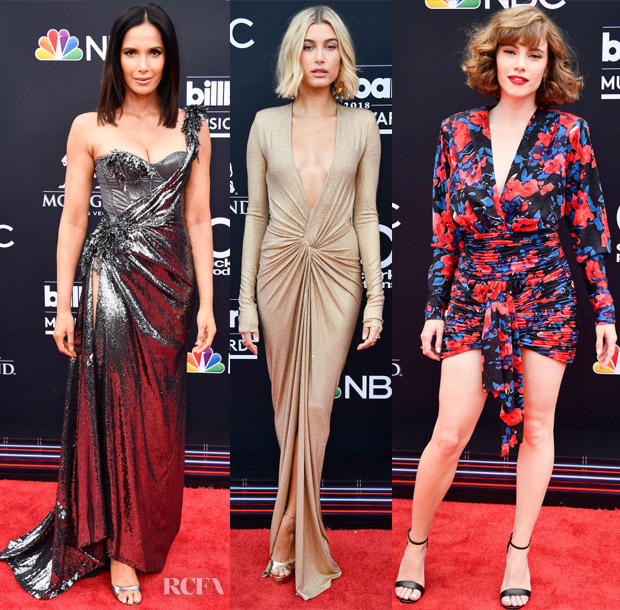 There was no shortage of drama at the 2018 Billboard Music Awards on Sunday (May 20) in Las Vegas, Nevada. Celebrities joined, Janet Jackson, Taylor Swift and Jennifer Lopez.

Padma Lakshmi: The ‘Top Chef’ host glimmered in The Blonds. It had sensuality and shimmer, but it would have benefited from editing. Had the sequined fabric been on the bustier and the satin as the draped layer, it might have been more successful.

Hailey Baldwin: The model took the plunge in Alexandre Vauthier Fall 2018. The draping is splendid but the colour doesn’t do anything. The black version from the lookbook would have been preferable or a rich jewel tone. Not even the Jennifer Fisher jewels could enliven it.

Cyn: Cannes showcased a few similar looks to this Saint Laurent Fall 2018 dress, but with much stronger shoulders. The arm likely won’t prove as irksome as the heavy ruching on the skirt and the placement of the tie. 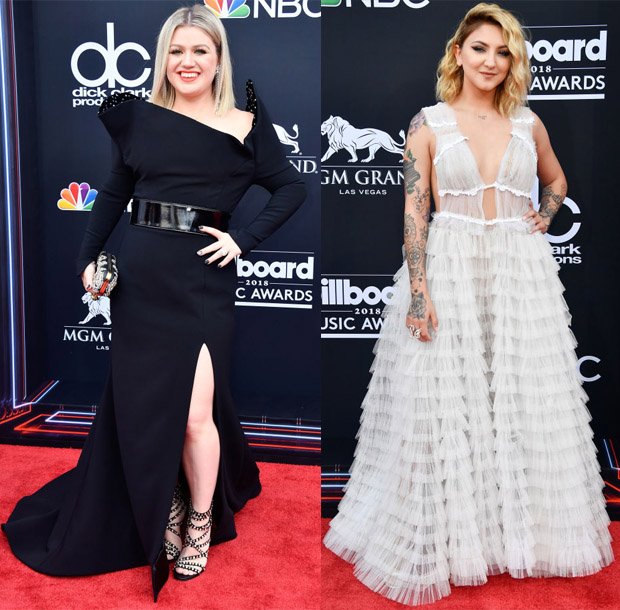 Kelly Clarkson: The host was clad in a dramatic Christian Siriano gown. The sculpted neckline with embellished lining has such a striking face-framing finish, but all of the other accessories take away from it.

Julia Michaels: She has had a few whimsical princess moments, but this look with Morphew dress and Giuseppe Zanotti ‘Ellie’ sandals is not her best. The bodice looks unfinished and there are construction issues. 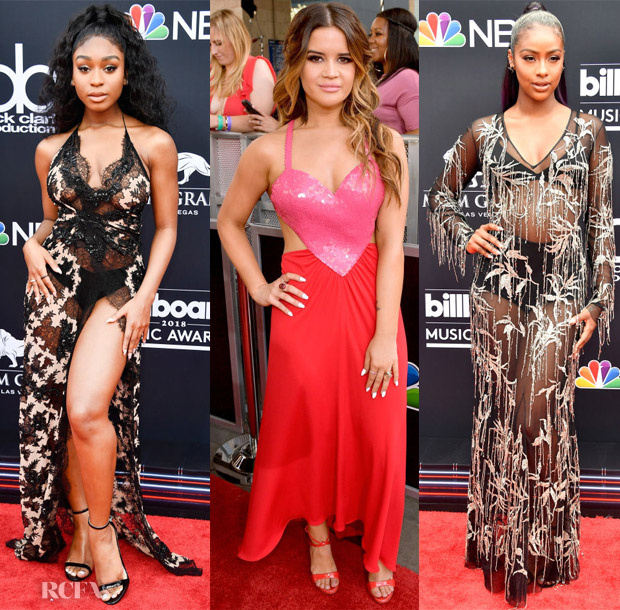 Normani: The singer showed serious skin in Lethicia Bronstein. It brings to mind a boudoir look and lacked the finish that Ciara‘s sensual dress had.

Justine Skye: Another one who went with a visible lingerie look, she was clad in AMEN and Lynn Ban jewels. It suited her experimental style, but there’s something off about the treatment of the embellishment.