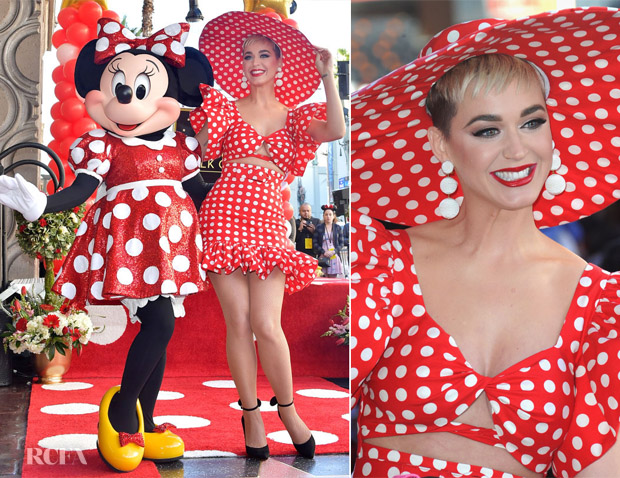 Yesterday, Lucy Hale celebrated Minnie Mouse over a special lunch and that same day (January 22), Katy Perry joined the famous Disney character for the unveiling of the Minnie Mouse Star on the Hollywood Walk of Fame in Hollywood, California.

As Katy can be quite the style character herself, it was fitting she was in attendance. Nor did she bypass the opportunity for a fully animated look in this custom, polka-dot piece by Christian Siriano that cleverly referenced Minnie’s own outfit.

I like the vintage-inspired mood of the cutout, ruffled frock which had so much lighthearted, flirty appeal—and made no apologies for its costume-inspired appeal.

Giant earring baubles, a matching hat, and black Oscar Tiye platform heels rounded out the look in equally fun form. You could tell Katy was having a blast in this ensemble.