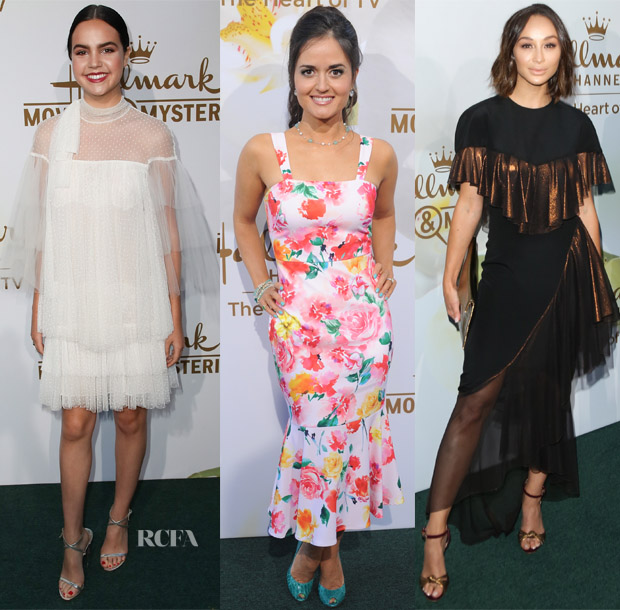 The Hallmark Channel and Hallmark Movies and Mysteries edition of the 2017 Summer TCA Tour brought out a trio of starlets for the event on Thursday (July 27) in Beverly Hills, California.

Bailee Madison: You would think a whisper-light, tulle frock such as this Valentino Fall 2015 design would have all the whimsy of youth. But, despite its ode to innocence, I found something a bit mature about the dress for the young actress—perhaps owing to the necktie and her heavier application of makeup.

Danica McKellar: Taking advantage of vibrant, summer colours while she can, Danica embraced a bright palette in this Laundry by Shelli Segal fit-and-flare frock. While the floral print was already questionable in freshness factor, her styling sent the look straight away into dated territory. It had no chance with that teal-beaded jewelry, her matching seafoam-green nails, and snakeskin heels.

Cara Santana: Stylistically opposing her fellow actresses, Cara took a far darker approach in a Christian Siriano Fall 2017 metallic ruffle dress. What saved the look was her simple approach to styling with matching Schutz sandals and minimal jewels, even if her clutch as a bit on the large side. 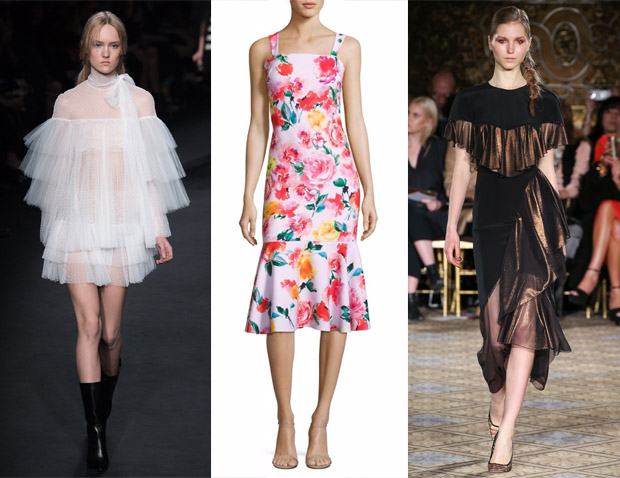