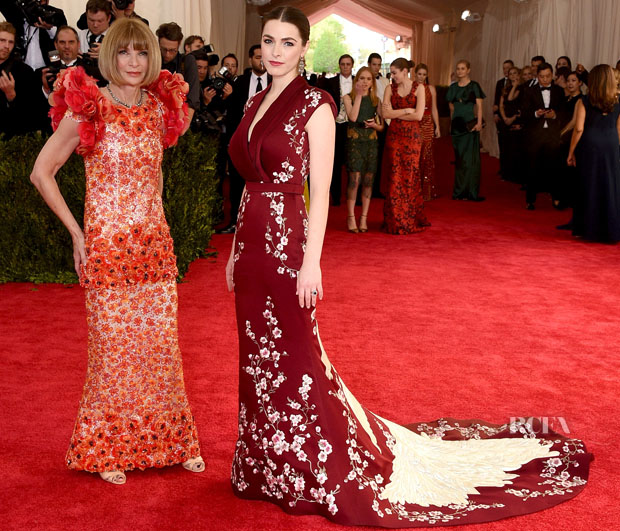 A flurry of even more bold names descended on red carpet of the ‘China: Through the Looking Glass’ 2015 Met Gala, hosted at the Metropolitan Museum of Art in New York City on Monday (May 4), where their colourful variety of looks only contributed to this year’s fashion extravaganza.

Anna Wintour: As the gala co-host, the ‘Vogue’ editor-in-chief dressed thematically (for her, anyway) in a Chanel Spring 2015 Couture gown featuring dimensional, all-over poppy embroidery, which had been lengthened from the runway’s original shorter version. She should have maintained her signature cap sleeve, as the flower petal statement shoulders translated as a bit cumbersome, despite their inherent artistry.

Bee Shaffer: Like her mother, Bee also found inspiration in flowers, opting for a mahogany blossom gown by Alexander McQueen. I much preferred this look to Anna’s, especially with the enchantment of the beautifully embroidered Chinese cranes that alighted down the back of the dress. 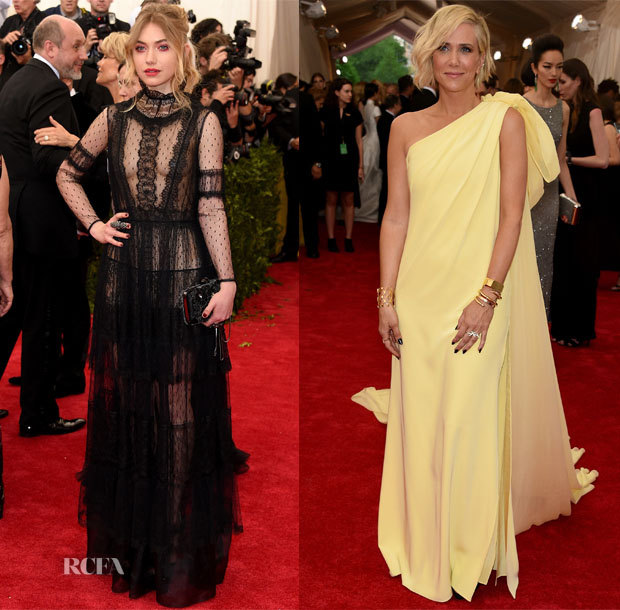 Kristen Wiig: While the lemon-chiffon colour of her Prabal Gurung asymmetrical gown was lovely, as was the diaphanous cape train that floated behind her, I couldn’t begin to understand where this look fit into the theme. The goth black mani and piles of rings and bangles were also puzzling against the softer silhouette and hue of the dress.

Alexa Chung: The richly vibrant, floral embroidered fabric of this Erdem gown, inspired by the Fall 2015 collection, was a striking addition to the red carpet. But I was too distracted by two things to really appreciate it. First, the strapless dress looks like it’s about to slide down and, second, the shrunken hemline creates an awkward length.

Lorde: While the backless element of this midnight-blue beaded Calvin Klein Collection gown was marginally more interesting than the front, I was left feeling uninspired. A sleeker updo and bold red lip would have been a great place to start to elevate the dress for the evening. 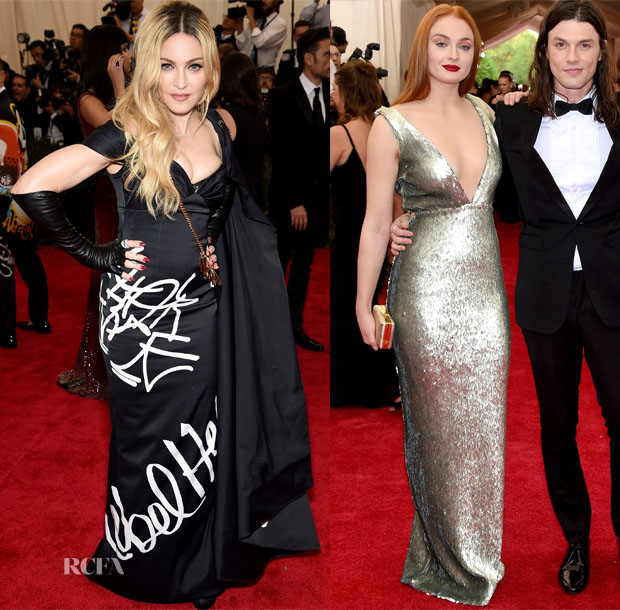 Madonna: Like Katy Perry, Madonna wore a sassy Moschino gown, arm gloves, and a robe-style cape with loud, graffiti lettering emblazoned with the words, “Rebel Heart.” And like Katy’s dress, I can find little that represents the theme here, although she does wear the rebellious, punk look quite well.

Sophie Turner: The ‘Game of Thrones’ starlet should have saved her liquid-silver Burberry plunge gown for another red-carpet occasion. Here, the look lost some of its lustre amidst the Chinese-influenced mood of the evening. 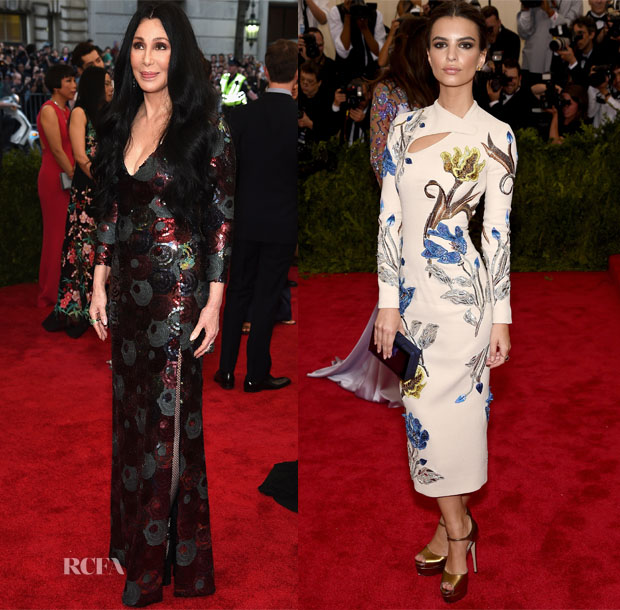 Cher: Donning a look that could be called a bit conservative for her, the Marc Jacobs side-slit gown glinted with circular sequin embellishment. Too bad about the fishnets and platform sandals, which downgraded the dress even more.

Emily Ratajowski: Going the way of a high-street look, Emily wore a custom Topshop floral-embroidered, figure-tracing dress that certainly was less showy than some of the other entrances last night, and for that reason, perhaps less memorable. But I don’t mind her refined Chinese-inspired moment here, although the platform shoes are a bit much. 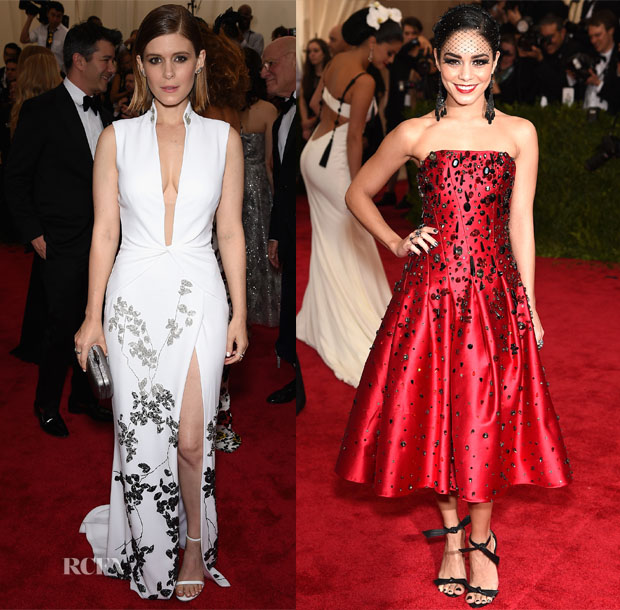 Kate Mara: All I could think about upon seeing this ombre floral-printed Diane Von Furstenberg floor-scraping gown was that it was too long in the front. A sleek bun and bold lip would have also been preferred. 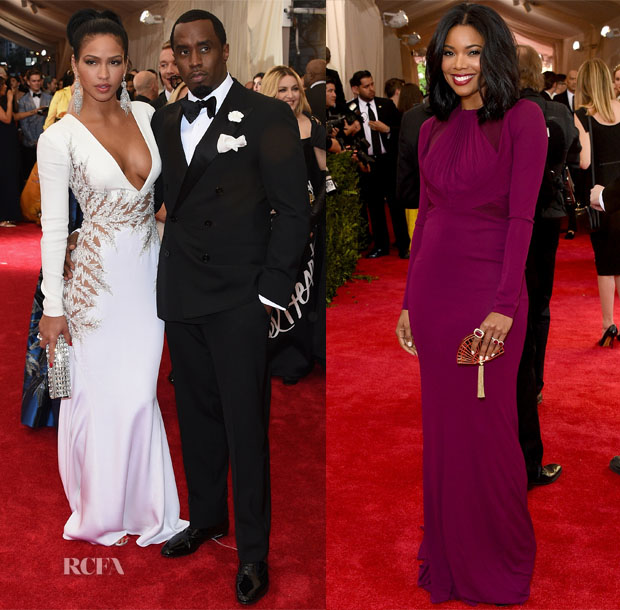 Cassie: Attending with tux-clad boyfriend Sean “Diddy” Combs, she joined several others in wearing white for the evening. Her seductive Zuhair Murad gown was far from innocent with sheer leaf-like embellishment across the waist and down the sides, with tassel earrings and a polished updo finishing the look.

Gabrielle Union: While the rich plum hue of her Zac Posen gown was stunning, it wasn’t enough to make this look stand out enough for the occasion. 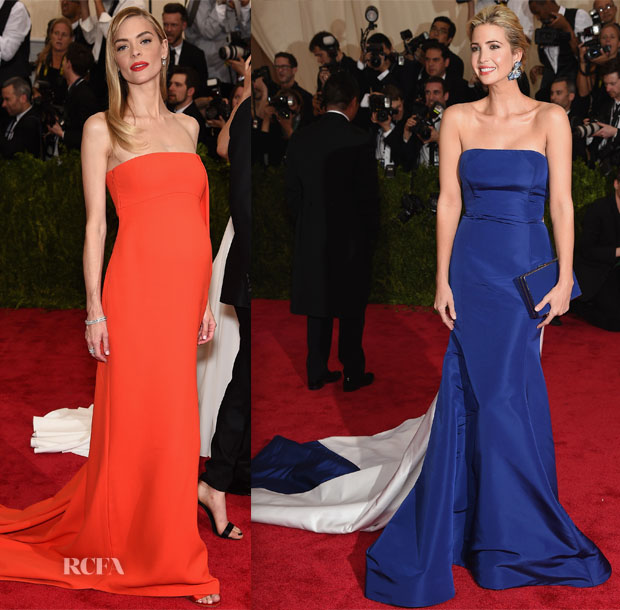 Jaime King: The pregnant actress also relied on the colour red to fulfill the evening’s theme, but that’s as close as she got with her BOSS gown with a long train. Nonetheless, I was captivated by its effortless simplicity and sublime draping.

Ivanka Trump: While at first glance, this Prabal Gurung gown seems minimalistic in spirit, it conveyed maximum impact with the dark blue hue contrasted with panels of white in the extensive train, plus button detailing at the back. Floral statement earrings and a tonal blue clutch completed her regal entrance. 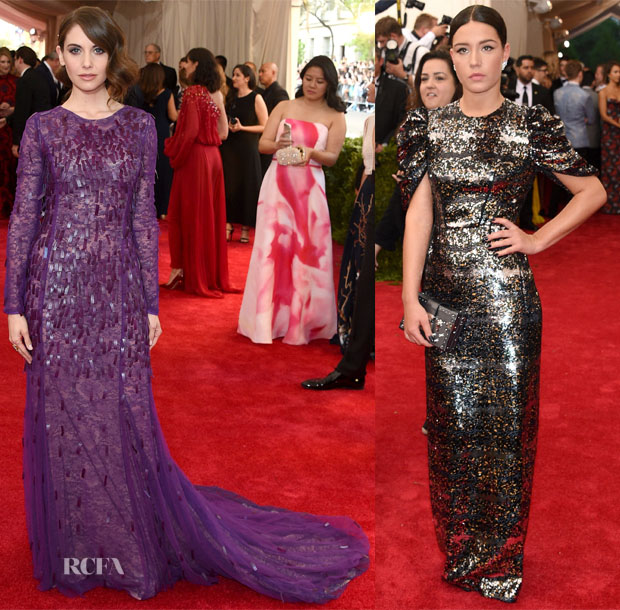 Alison Brie: Alison also selected a Prabal Gurung gown, but I saw even less of the Chinese influence in this royal purple design, although the layered and embellished lace and chiffon effect was delightful.

Adele Exarchopoulos: The statement ruffled shoulders of this metallic Valentino gown reminded me of Jennifer Connelly’s Louis Vuitton dresses, which immediately turned me off this look. 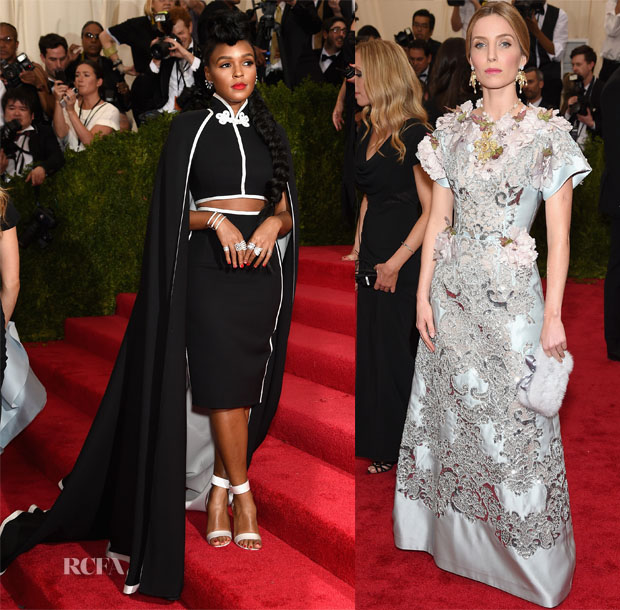 Janelle Monae: Another starlet, another custom H&M ensemble—but this one was clearly stood above the rest. The modern cropped silhouette of the top and skirt was contrasted with traditional Chinese detailing and a voluminous cape for an all-out dramatic effect. Plus I loved seeing the songstress in something less mannish, but still plenty modish, with her faux-hawk long warrior braid just adding another edgy flourish to the look.

Annabelle Wallis: I wish the intricately embroidered Dolce & Gabbana with 3-D floral embellishment had been less aging on the British actress, who added more adornment in her earrings and floral hair pins. I cannot admit to understanding the fur clutch. 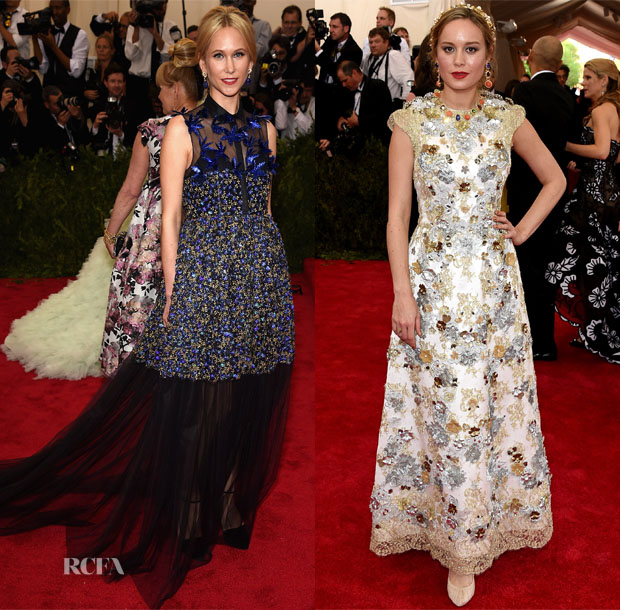 Indre Rockefeller: The mixed proportions and fabrications of this Delpozo gown with the light black chiffon and heavy beaded middle was just odd. It seemed as if three different dresses had been fused together.

Brie Larson: In the same vein as Annabelle, Brie wore an ornamental Dolce & Gabbana gown, topping hers with a decorative headpiece and highly unnecessary earrings and necklace. 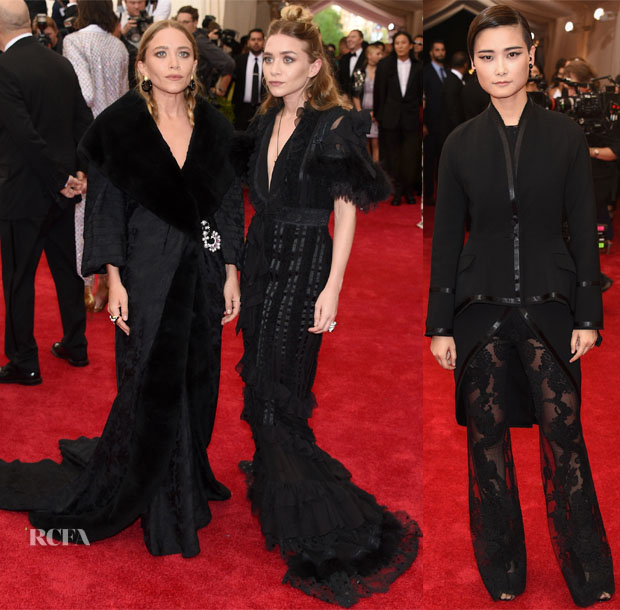 Mary Kate & Ashley Olsen: Injecting their unique sartorial sensibility to the ‘China: Through the Looking Glass’ theme, the sisters coordinated in vintage-inspired dark black looks that maintained a goth vibe, too. But the brooch-pinned robe and feathery lace black gown actually weren’t too oversized on the stars in comparison to some of their voluminous entrances, so they get points for that reason.

Li Yuchun: Maintaining her signature style, the entertainer wore a black Givenchy Couture ensemble in which sheer lace pants added a measure of sultry intrigue to the structured lines of the jacket.