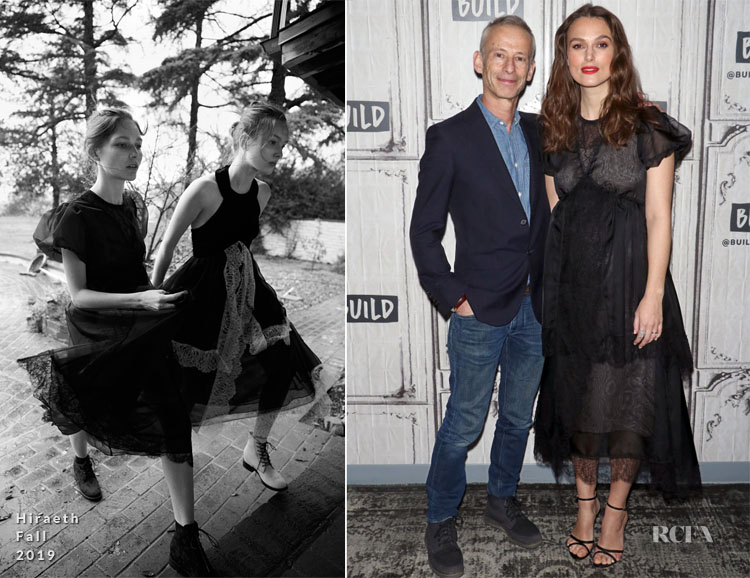 Director James Kent and Keira Knightley paid a visit to Build Studios to discuss their film ‘The Aftermath’ on Tuesday (March 12) in New York City.

The whimsical layers and lace suit Keira’s style, but the trapeze-style leopard coat – from the same collection – she wore on arrival, plus the shape of this dress has me wondering if something other than this film will be announced soon.

16 Responses to Keira Knightley In Hiraeth – Build Studio: ‘The Aftermath’