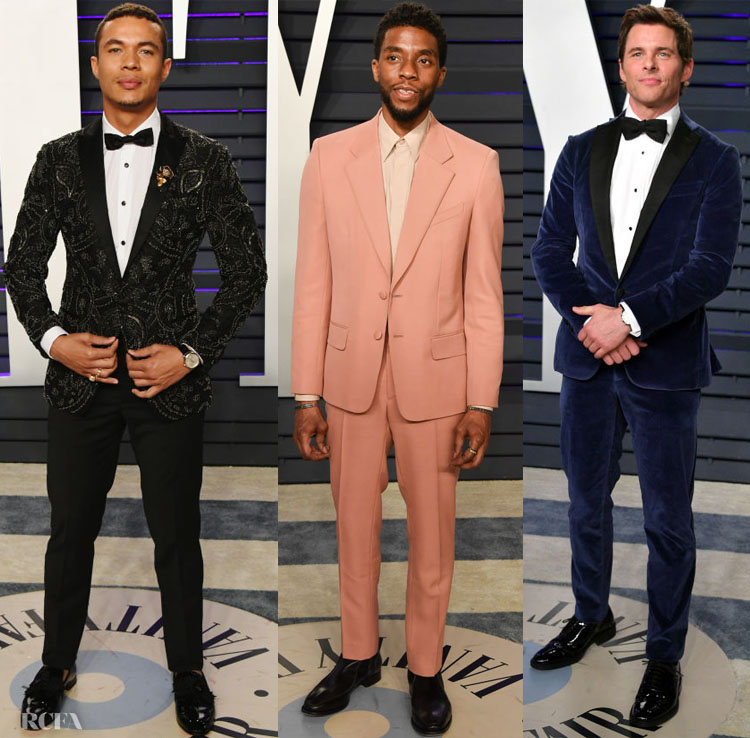 Naturally, the menfolk were also mingling at the 2019 Vanity Fair Party on Sunday (February 24) in Beverly Hills, California. Here’s what they had on.

Ismael Cruz Córdova: The dazzle was in this embroidered Etro dinner jacket, which Ismael wore with David Yurman accessories for a bit more dapper attitude..

Chadwick Boseman: Some of you were less than impressed by Chadwick’s Oscars red carpet outing, so I’m curious what you’ll think of the retro undertones of this custom Givenchy mauve-pink suit with David Yurman accessories and Christian Louboutin shoes.

James Marsden: The actor abided by the velvet trend in this EIDOS midnight-navy tux styled with an IWC watch. With the chunky bow tie, the tailoring all kind of felt a bit heavy to me, though. 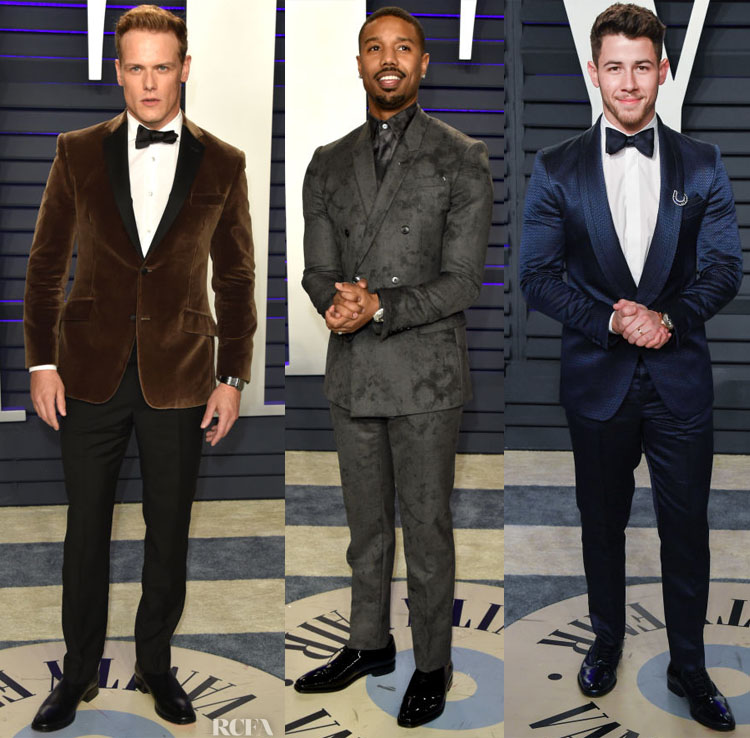 Sam Heughan: Another velveteen moment was glimpsed in this chocolatey Richard James jacket, but the colour fell flat despite its textural richness.

Michael B. Jordan: I would have been happy if Michael had kept on his impeccably handsome earlier look. But, this Berluti embossed suit also sufficed, even if it was rather close to matchy-matchy overkill.

Nick Jonas: The newly married entertainer wore a Missoni suit. But, just as with women’s wear, satiny fabrics can be a hard sell; those creases just don’t quit. 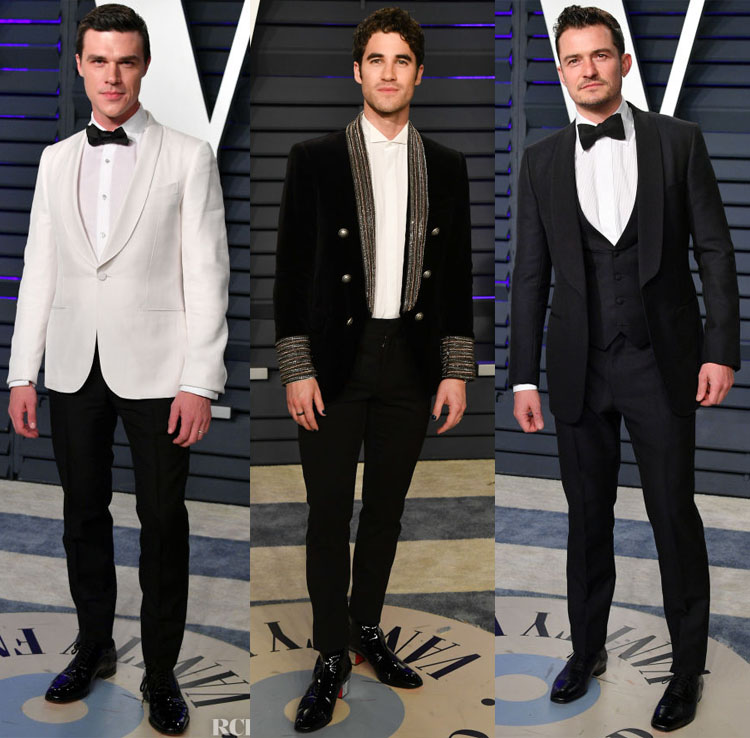 Darren Criss: Continuing his theatrical flourishes, the actor dressed in a Balmain design with metallic embellishment. The suiting was statement-making, to be sure, but my attention easily drifted to his black-lacquered nails and block-heeled Christian Louboutin shoes. Even still, Darren has a way of managing these edgier choices with ease. 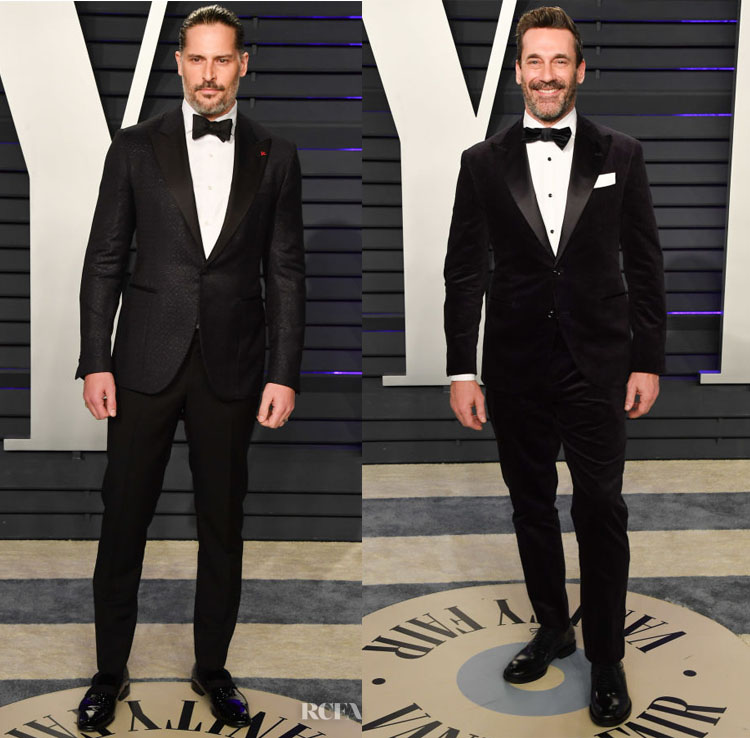 Joe Manganiello: This ISAIA black tux was nothing new, but it checked the box on straightforward, no-fuss elegance.

Who Was Your Best Dressed At The 2019 Oscars?