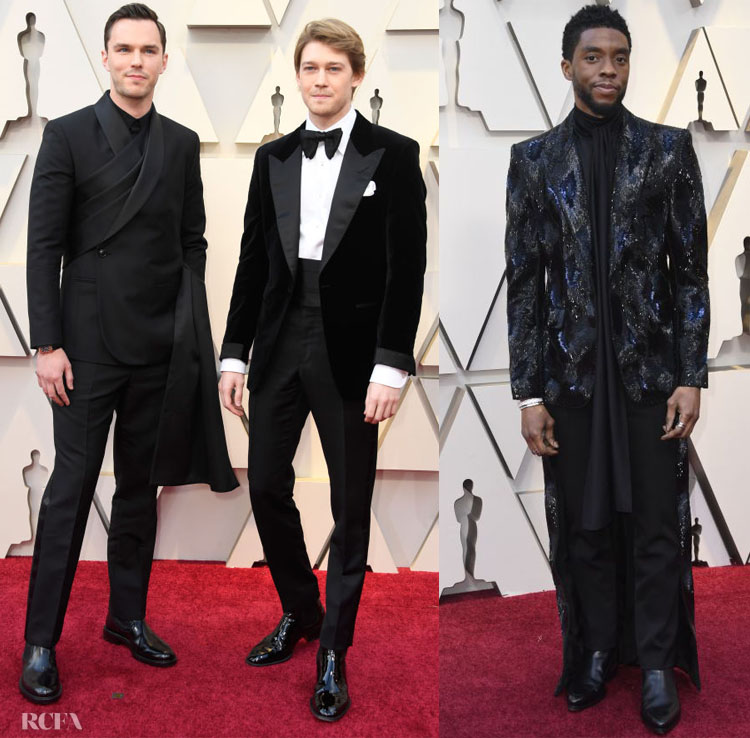 Here’s a look at the 2019 Oscars menswear, with many looks that expanded far beyond the standard black tux.

Nicholas Hoult: With its unique cross-body jacket and what could only be called a side train, the British actor and star of ‘The Favourite’ opted for slightly more unorthodox territory with this Dior Men suiting styled with a Jaeger-LeCoultre watch. But, the all-black aesthetic kept the look sophisticated and appropriate enough for Oscars night.

Joe Alwyn: Going the way of a formal black Tom Ford tuxedo, this actor from ‘The Favourite’ offered a more traditional approach than his co-star Nicholas. 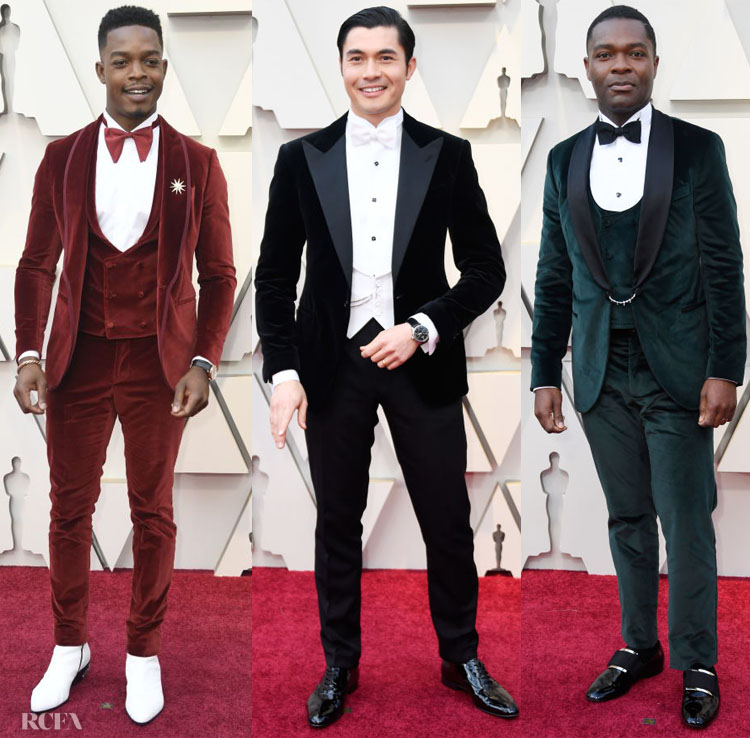 Stephan James: You may characterize Etro looks for their rich patterns, but this custom Etro burgundy suit relied on even richer velveteen texture for impact. David Yurman accessories and a Swarovski pin added even more personality, although I’m not completely sold on the Giuseppe Zanotti white boots.

Henry Golding: I love how Henry offered a different variation of the typical tux in this custom Ralph Lauren design complete with a crisp white vest and bow tie. 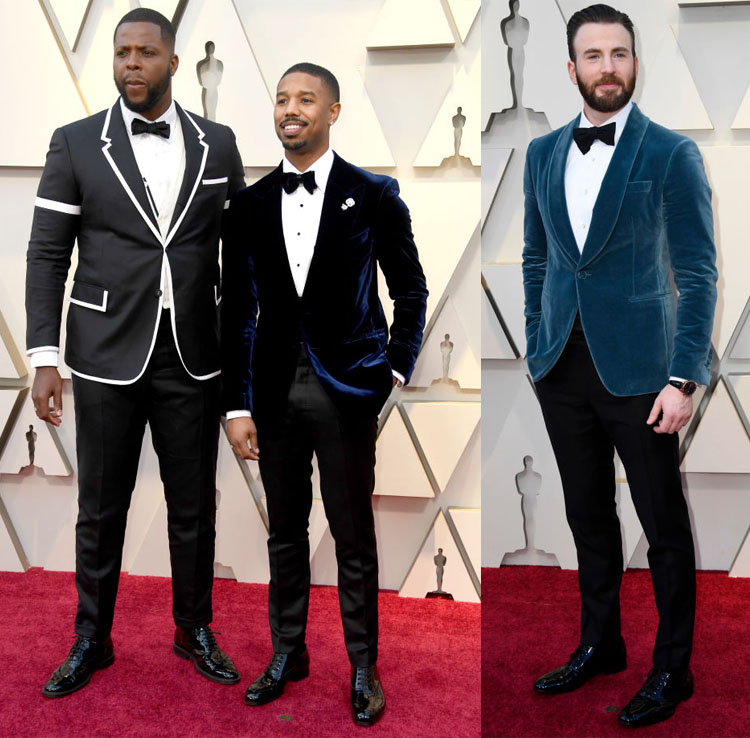 Winston Duke: I’m not sure I can fully get on board with the rather overzealous white piping on this Thom Browne tailoring. An outline of the lapel would have been plenty. David Yurman accessories and Tod’s shoes completed the look.

Michael B. Jordan: Also in a Tom Ford look on Oscars night, the always-impeccable actor was as handsome as ever with his plush midnight-blue dinner jacket and perfectly placed pins.

Chris Evans: The velvet trend showed up again in Chris’s bespoke Salvatore Ferragamo ensemble that was set apart by its sleek yet statement-making petrol-blue jacket. 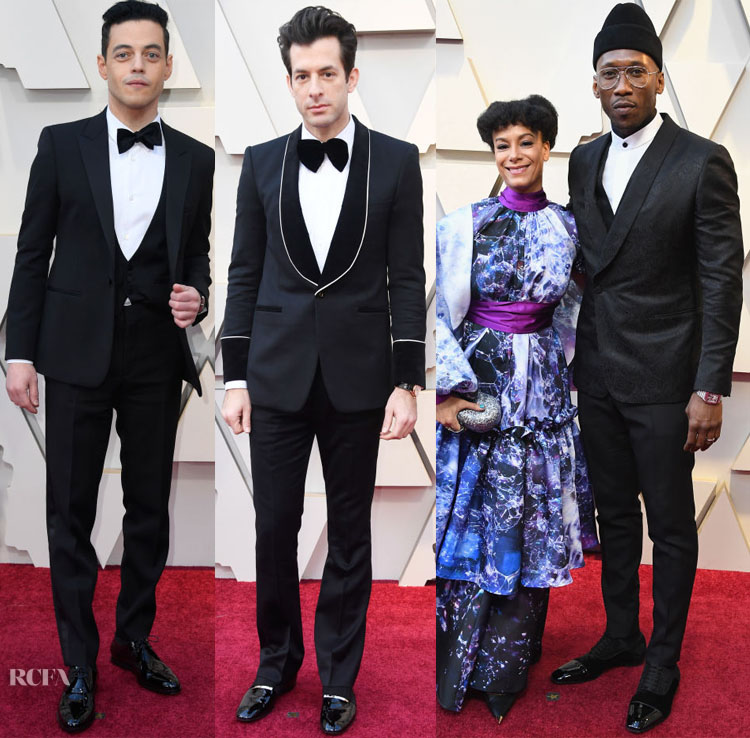 Rami Malek: The ‘Bohemian Rhapsody’ actor and Oscar winner wore a Saint Laurent suit for his big moment. It was basic but it got the job done.

Mark Ronson: I think the statement lapels and exaggerated cuffs translated a bit comically on this suit, but the Chopard accessories passed the test.