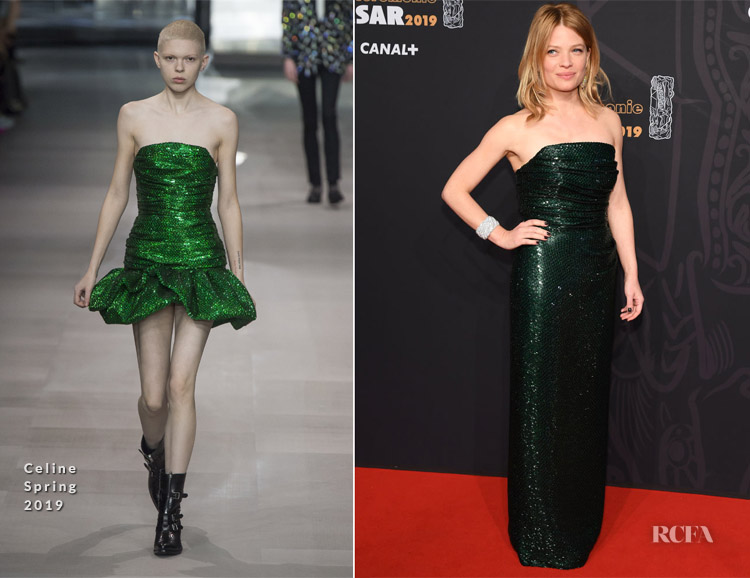 The Cesar Film Awards (aka the French Oscars) was held at Salle Pleyel on Friday (February 22) in Paris, France.

Melanie Thierry, who was nominated for Best Actress for ‘Memoir of War,’ is the latest celebrity to opt for Celine during awards season.

As we all know, Celine don’t do red carpet gowns, in fact the shorter the better seems to be their M.O., but during this period we’ve seen runway inspired looks go from mini to maxi on four other occasions.

Lucy Boynton and Rachel Weisz at the Golden Globe Awards, Amy Adams at the SAG Awards and Lady Gaga at the Grammy Awards.

I adore the deeper shade of green for Melanie’s look. She’s not one to wear bright colours, so this piece suited her so well.

When it comes to hair and makeup, as you would expect – the no fuss approach was taken, with David Yurman jewels adding yet more sparkle.

Lupita Nyong’o Wore Celine To The ...