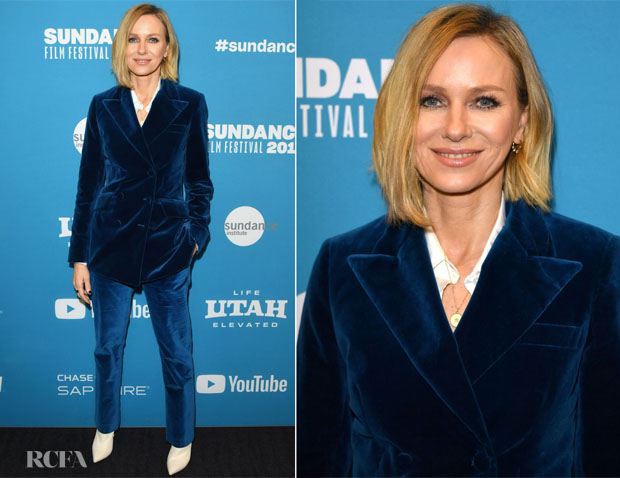 Naomi Watts had a busy weekend (January 26 and 27) at the Sundance Film Festival in Park City, Utah. She made the rounds at ‘The Wolf Hour’ and ‘Luce’ premieres and visited the IMDb Studio.

‘The Wolf Hour’ Sundance Film Festival Premiere: Her luxurious Etro ensemble was right for the event and for bringing out her colouring. The white boots might be a hard one for some, but they played off the blue brilliantly and tied in the white blouse. Plus, they coordinated with the backdrop. 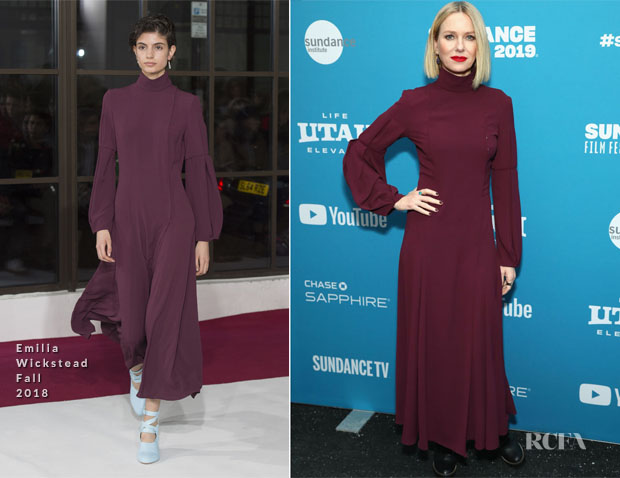 ‘Luce’ Sundance Film Festival Premiere: She dialed up the glamour in an aubergine Emilia Wickstead Fall 2018 dress. I prefer the lighter, clashing touch of the footwear on the runway but understand her choice of boots given the conditions. I just wish they were a tad more formal. 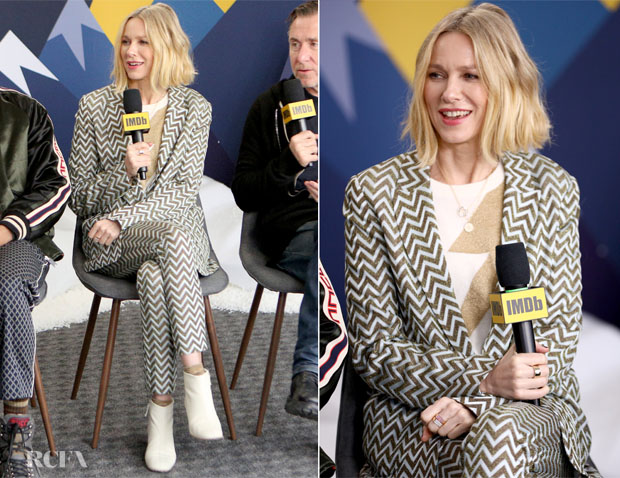 IMDb Studio: Finishing things off, she wore a zany Missoni suit where the shirt played off the graphic zigzag pattern of the tailored separates. The blonde beauty made a case for white boots again.