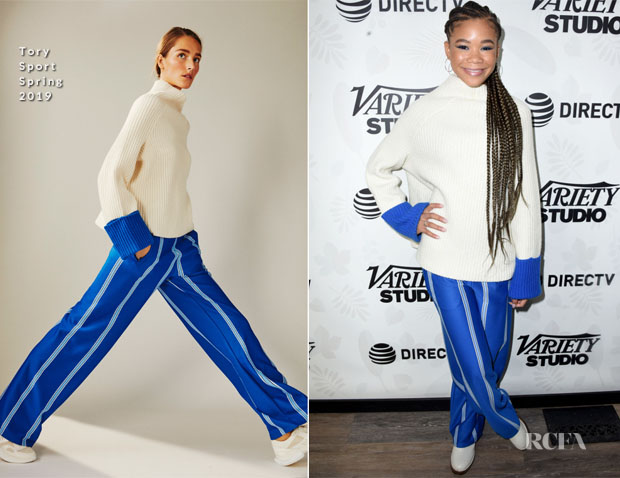 Storm Reid was another one to hit the Sundance Film Festival in Park City, Utah on Sunday (January 27).

DIRECTV Lodge: The ‘A Wrinkle in Time’ actress projected athleisure cool in Tory Sport Spring 2019. The separates were cozy without looking sloppy. The vertical stripes on the trousers played off the knit and increased the fun. 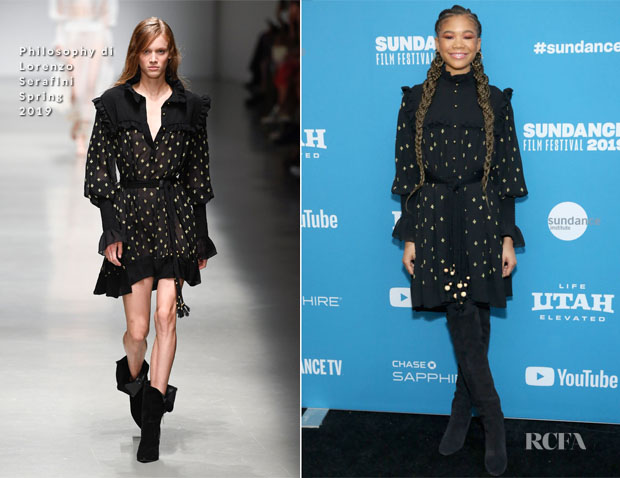 ‘Relive’ Premiere: The young actress wisely tempered the sheerness of her Philosophy di Lorenzo Serafini Spring 2019 dress. The tall boots help formalize the floaty style and make it more appropriate for the snowy conditions. As always, her finishing touches were on point for someone of her 15 years.