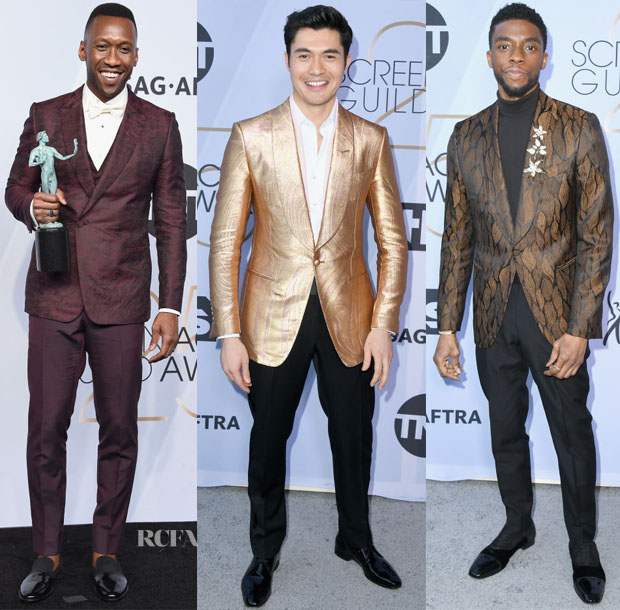 Henry Golding: The Midas touch was definitely rubbing off on the ‘Crazy Rich Asians’ actor, who lived up to his last name with this gold jacket. Opting out of a tie was the right move here, as the Tom Ford ensemble doesn’t seem try-hard even with its metallic sheen. 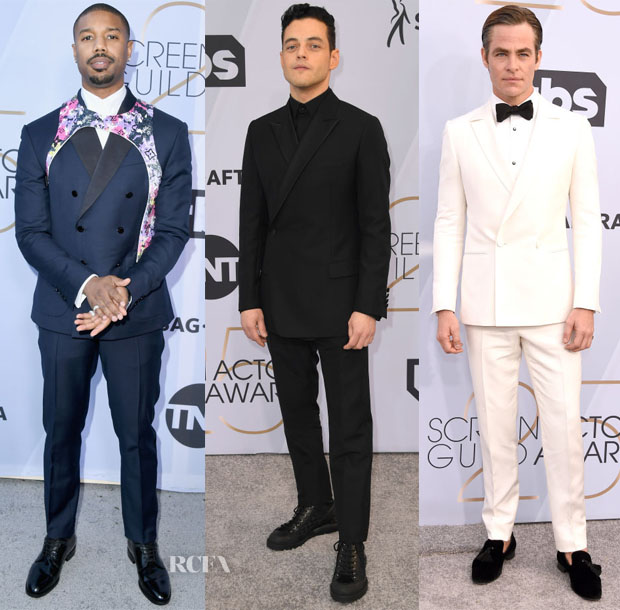 Michael B. Jordan: I can’t say I exactly ‘got’ the spray-painted Louis Vuitton harness. But, you have to applaud Michael’s willingness to try something experimental — and the rest of the custom LV double-breasted, contrast lapel suit was pretty sharp.

Rami Malek: The ‘Bohemian Rhapsody’ star followed a rather strict, sartorial form in this all-black Dior Men by Kim Jones suit. The cross-body, one-button styling did offer a signature edge to the jacket. 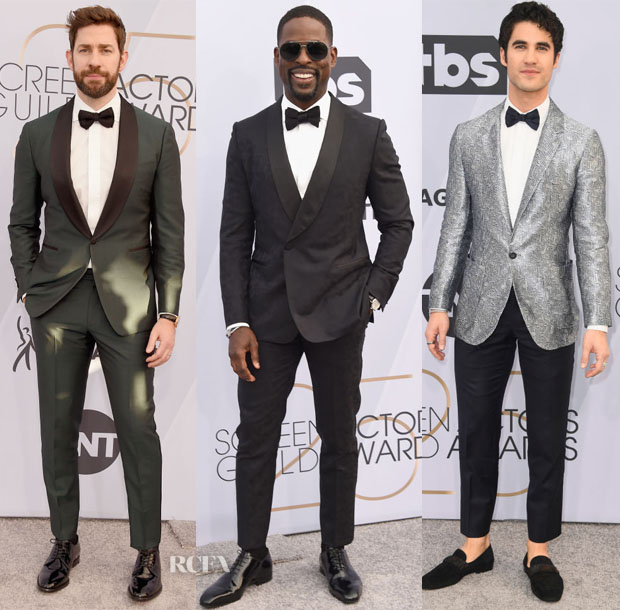 John Krasinski: This custom ISAIA design took on different colour tonalities depending on the lighting. But, the emerald, contrast-lapel piece was pretty dapper no matter what. Tods shoes finished the ensemble.

Darren Criss: Dressed to impress is the best way to describe ‘The Assassination of Gianni Versace: American Crime Story’ actor in this glitzy, custom Armani ensemble paired with slippers and David Yurman jewels. It’s trendy and theatrical and right in Darren’s wheelhouse. 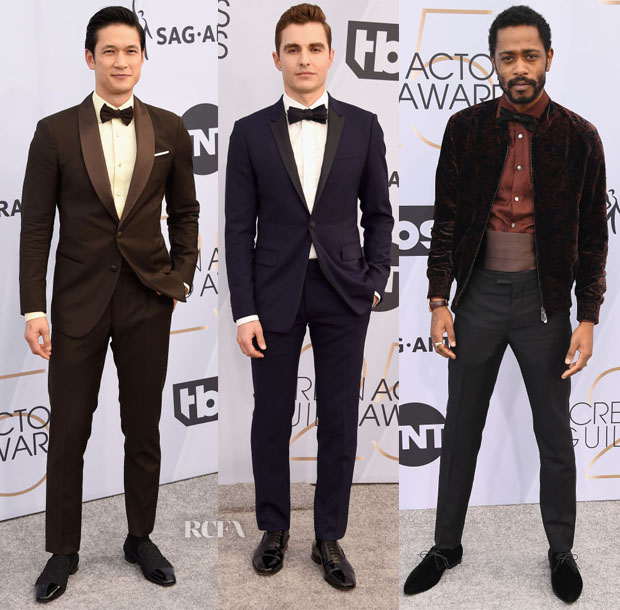 Harry Shum Jr: Favouring a rich chocolate-brown tux over the standard black option, the actor accessorised with a Chopard watch. 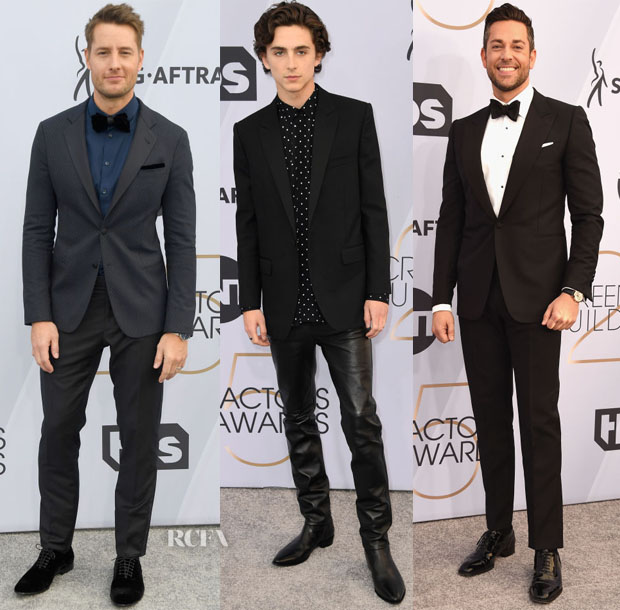 Justin Hartley: I’m usually a big fan of Justin’s style, but this look was underwhelming in so many ways, starting with the choice of colours.

Timothée Chalamet: While some might feel that Timothée’s Celine look was slightly informal, I love the cool rocker vibe he’s got going on. I’m not surprised that he is the first to wear a look from Hedi Slimane’s debut collection for me.

Zachary Levi: It’s been a while since I featured Zachary on this site. I’m glad to see his love for sleek tailoring was present in this dunhill suit styled with Montblanc watch. 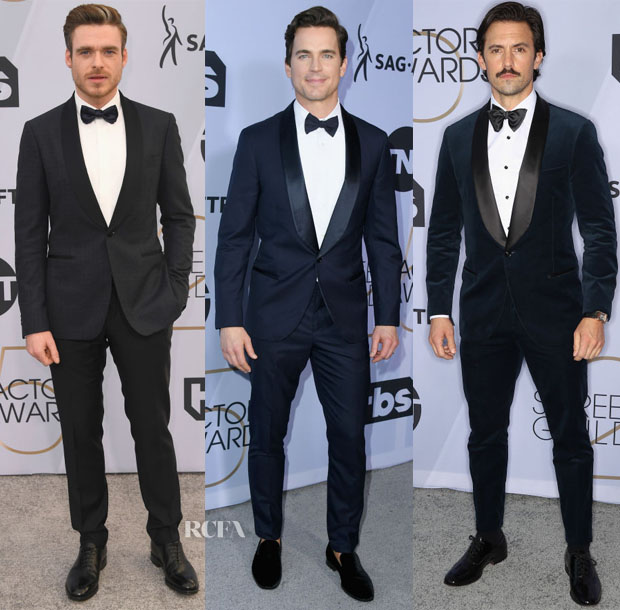 Richard Madden: This classic Salvatore Ferragamo tux could have used a nip and tuck of more precise tailoring.

Milo Ventimiglia: The ‘This Is Us’ actor embraced the velvet trend with a Brunello Cucinelli Fall 2018 design styled with a Jaeger-Lecoultre watch. I like its precise fit — despite the plushness.