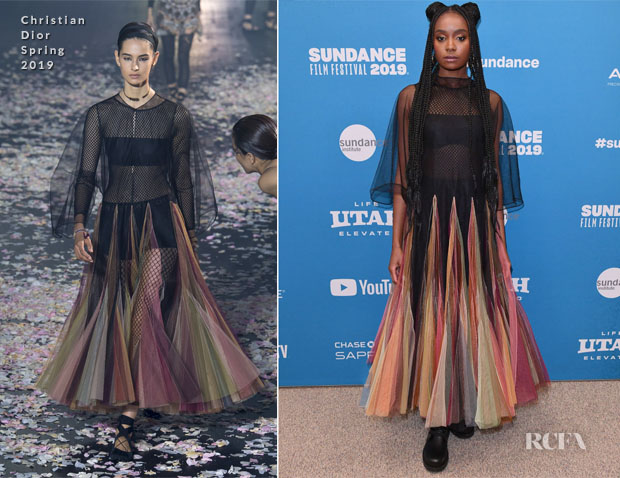 Following Paris Haute Couture Fashion Week, KiKi Layne returned stateside for the start of the 2019 Sundance Film Festival, where she attended the premiere of her latest film, ‘Native Son’ on Thursday (January 25) in Park City, Utah.

I’m not sure how this Dior Spring 2019 dress will go down with the majority, but let’s face it, we’ve seen enough dusky-pink Dior dresses to last us three lifetimes.

This black mesh and multi-coloured tulle dress is refreshing offering from Dior.

I love the bohemian feel which Kiki pays up with her hair styling . There’s something very Lisa Bonet about this whole look.