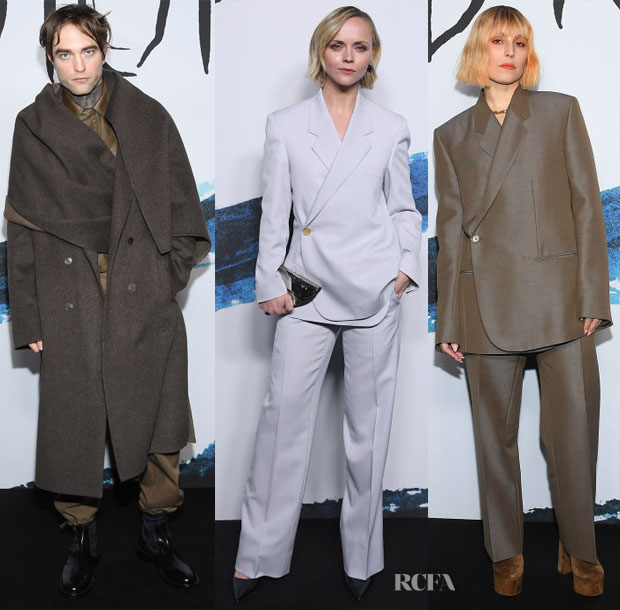 Dior Men’s Fall 2019 fashion show took place on Friday (January 18), with a host of celebrities and supermodels in attendance.

Robert Pattinson: The British actor, who was apparently returning home from war, gave us the first look at Kim Jones’ Fall 2019 Dior Men’s collection before it hit the runway. Rocking the new trend of double outwear, I have to say I’m totally buying the look from the neck down. His signature tousled unkempt tresses would’ve worked better than the greasy unwashed look he settled for.

Christina Ricci: Dressed in Dior Men’s Spring 2019 light blue cashmere double-breasted ‘tailleur oblique’ jacket, with a matching  pants, I was in love with this look until I saw…

…Noomi Rapace: From the colour to the wool and mohair canvas fabrication, the Dior Men’s Spring look was so sharp I have a paper cut from typing. 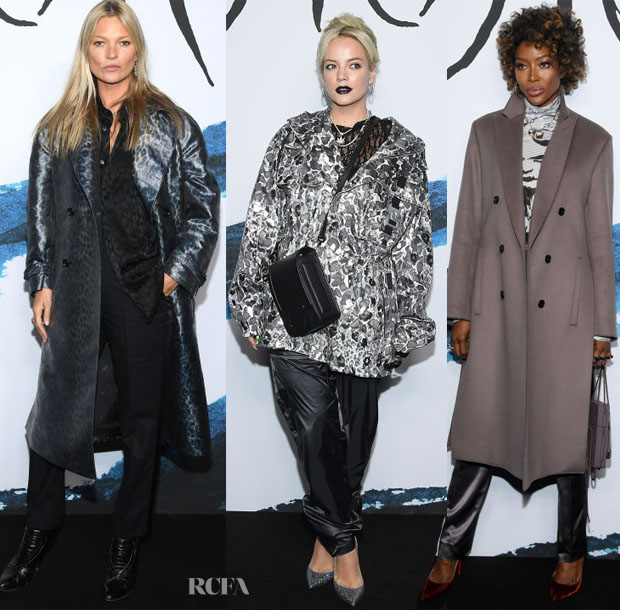 Lily Allen: More accustomed to the front row at Chanel, there is only one word that would perfectly describe this look – a mess.  Oops, that was two.

Naomi Campbell:  The longline coat appears to be her go-to look from menswear shows.  Keeping the same fresh hairdo from Louis Vuitton, this shades of taupe look was another winner for the catwalker.