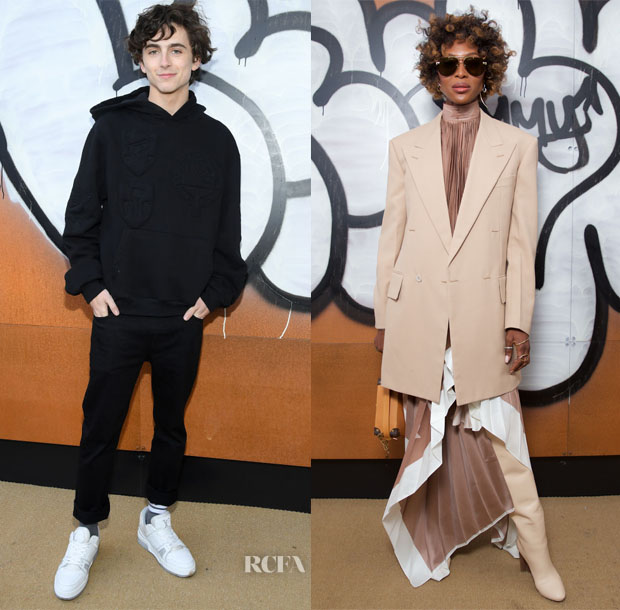 It may be quiet stateside, but there was a lot of activity front row during Menswear Fashion Week at the Louis Vuitton Fall 2019 show this afternoon (January 17).

Timothee Chalamet: We have become so accustom to seeing the young actor in a suit, that this hoodie, jeans and sneakers look is a rarity. What you won’t be surprised to learn is that the whole look is from the Louis Vuitton Fall 2019 collection. Perhaps he was front row scouting for his Oscar look. It has been well documented that the actor doesn’t work with a stylist, and picks his clothes himself, à la Blake Lively.

Naomi Campbell: I’m gonna need a moment, because this floored me. There is nothing more iconic than Naomi Campbell with 36 inches of straight hair, so this new short and honey-tinged ‘do had me gasping for air. I just love how fresh this makes her appear, and dare I say more youthful? As much as I’m dying to see the style of this dress – Is it a sleeveless halter? Does it have contrasting sleeves? – I think the mannish blazer sells the look. I can’t say the same for the bag. 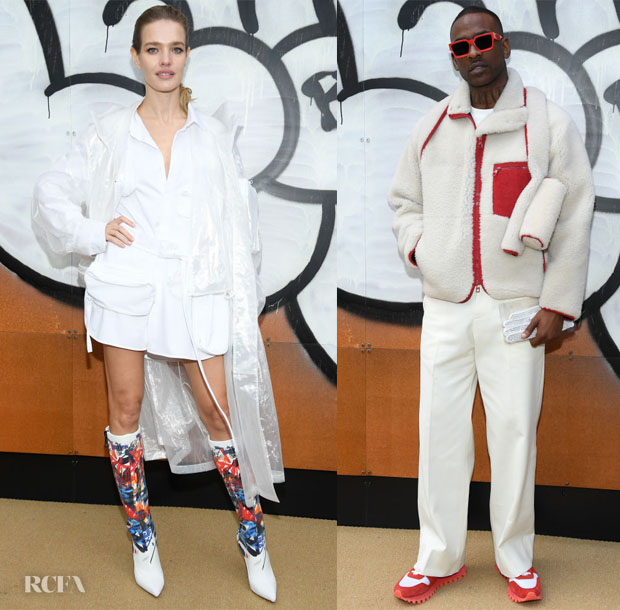 Natalia Vodianova: The model wore a look from Louis Vuitton’s Sprig 2019 collection, but I’m only really interested in are the Christian Louboutin ‘Tokyozip’ boots here.

Skepta: The UK Grime rap artist was also wearing a Louis Vuitton Spring 2019 look styled with red accessories. If you are wondering about the sparkling clutch. It’s actually the invitation. Virgil Abloh’s Fall 2019 invites were sent as a single Michael Jackson embellished glove. 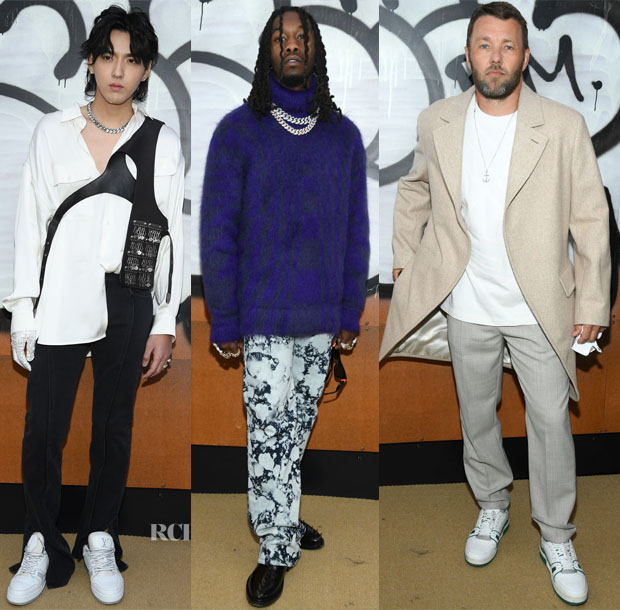 Kris Wu: The Canadian-Chinese actor opted to wear his invitation, which worked perfectly with his look; which felt very much like it was inspired by the late King of Pop.

Offset: The only thing missing from this look was his pipe and slippers.

Joel Edgerton: The actor showcased the more smart-casual Louis Vuitton look, in soft neutral tones. He was my favourite of the fellas.

Below is a looks as who else was in the front row today. 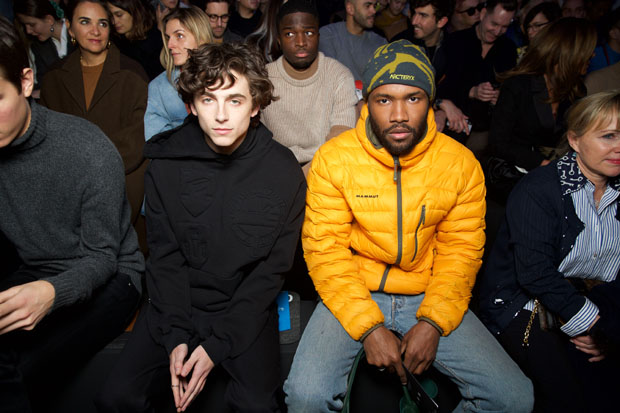 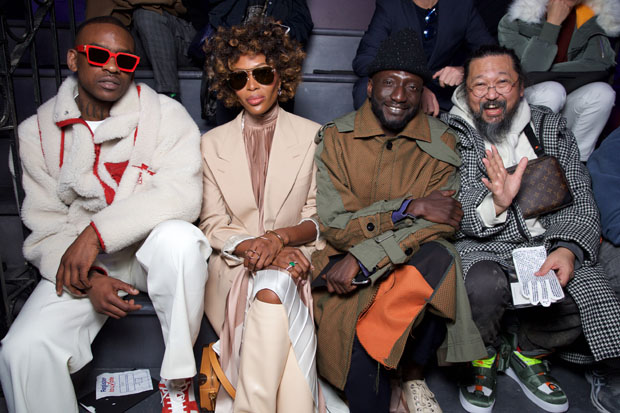 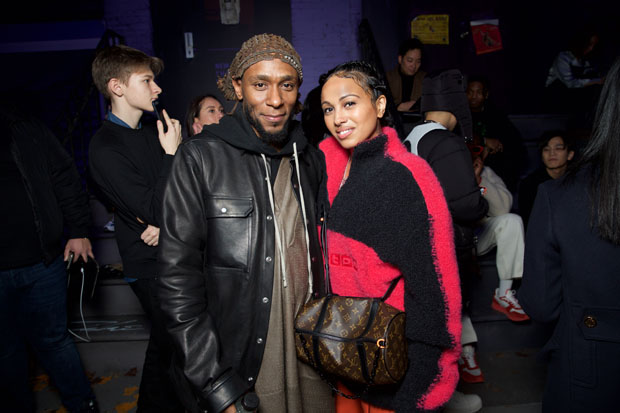 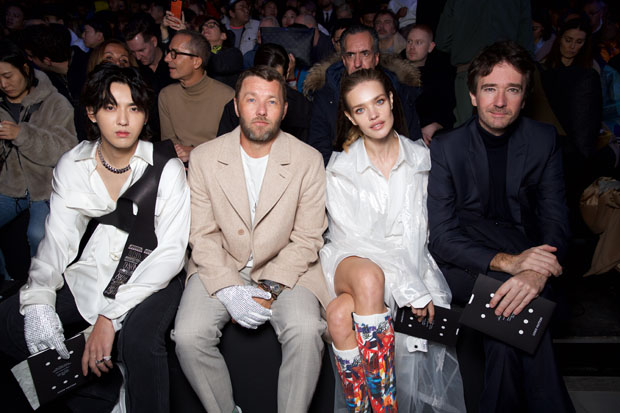 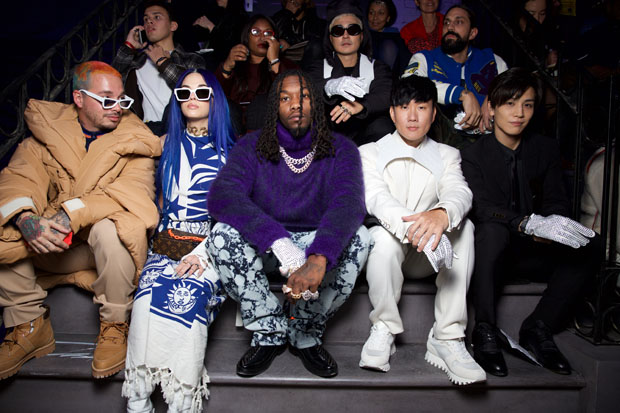 Rita Ora In Salvatore Ferragamo – Out In New York City