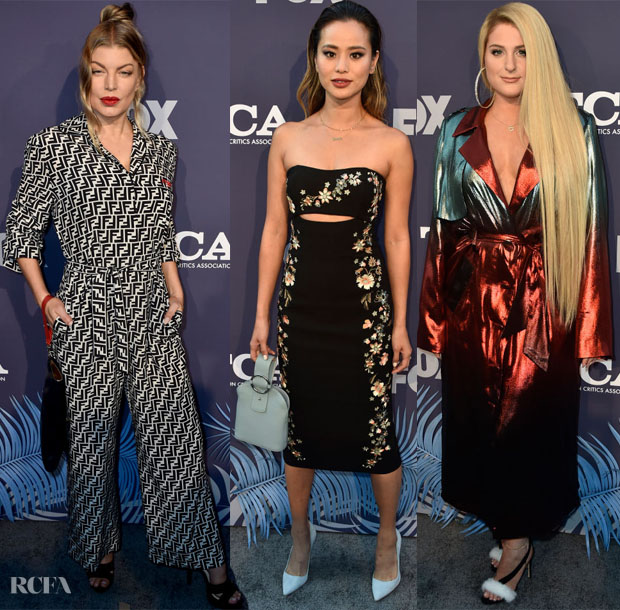 When you think of summer parties, dainty summery dresses spring to mind, but these foxy ladies had other ideas for the FOX Summer TCA 2018 All-Star Party held at the SoHo House on Thursday (August 2) in West Hollywood, California.

Fergie: ‘The Four’ presenter became the third person to wear this Fendi logomania top and trouser combo following Olivia Munn and Mary J Blige. This my least favourite outing of this look due to the styling.

Jamie Chung: Speaking of things that come in threes, Jamie is also the third person to wear this Cinq à Sept Clemence embroidered dress after Emmanuelle Chriqui and Victoria Justice. Jamie usually brings something new to the table, so I was a little underwhelmed – for the first time – by this look. I can’t say I’m too fond of the bag with this look either.

Meghan Trainor: Our introduction to Victoria Hayes was via retro inspired suits, but it looks like there’s more to the collection than we assumed. Meghan’s metallic Fall 2018 trench coat defiantly caught my eye, just as much as her Olgana Paris ‘Amazone’ signature sandals. Summer party? Perhaps not, but an intriguing look nonetheless. 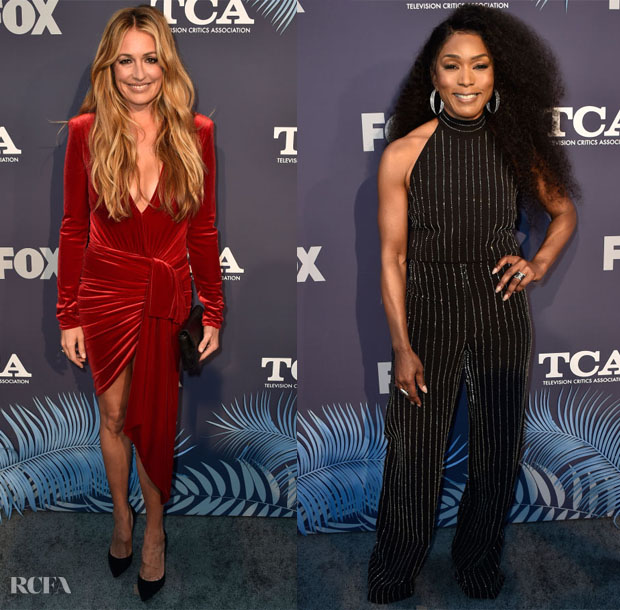 Cat Deeley: The British TV presenter isn’t one to be so bold, so I was surprised by her sultry Alexandre Vauthier red velvet draped dress. It seems so out of character, so that might explain the bland styling. A dress like this needs a sleek ponytail to show off that neckline and sexy sandals.

Angela Bassett: Usually a huge fan of Angela’s style, but the fit of this striped jumpsuit I found unappealing.