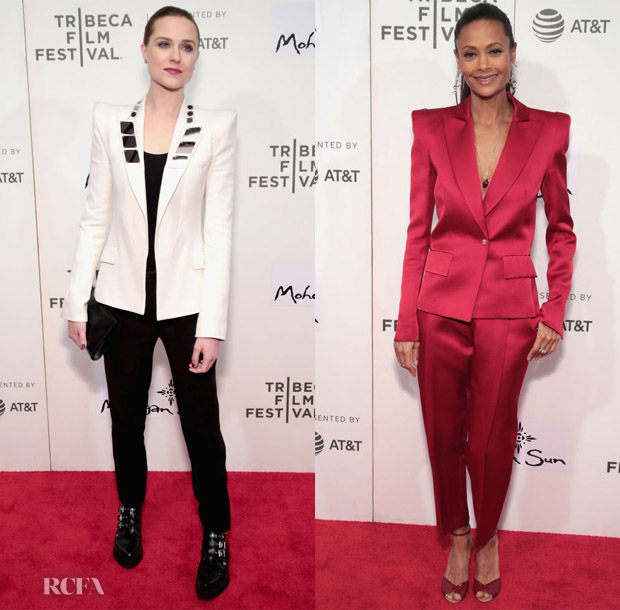 The cast of ‘Westworld’ continue to make the rounds. They attended the Tribeca Film Festival premiere on Thursday (April 19) in New York City.

Evan Rachel Wood: Falling for the charms of tailored separates once again, the actress was outfitted in Mugler. The bright white jacket against the deep black top and pants has such sharpness from the contrasting shades, but it’s the smaller touches that elevate it from simple tuxedo dressing. The statement shoulders mimic the pointed toes and the embellishment on the collar echoes the buckles on the shoes.

Thandie Newton: Also opting for separates, the English actress was outfitted in a Schiaparelli suit which has such sumptuousness from the silky fabric and cranberry colour. The touches of gold and the lack of shirt enhance the sultry, glamorous mood. Pippa Small jewels completed the look.

Evan Rachel Wood Was Back To Suiting On ...