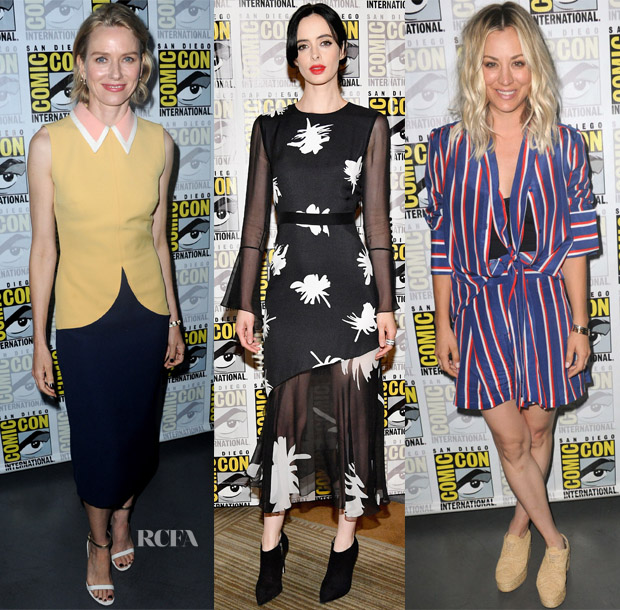 A constellation of more stars were at Comic-Con 2017 in San Diego, California throughout this past weekend.

Naomi Watts: Attending the ‘Twin Peaks: A Damn Good Panel,’ Naomi played to a vintage spirit in this Roksanda Resort 2018 colour-block design. Perhaps it was the combination of hues that had somewhat of an aging effect on her.

Krysten Ritter: Taking a graphic, black-and-white approach, Krysten was at ‘Marvel’s The Defenders’ press line in a Prabal Gurung Pre-Fall 2017 dress. I love the striking attitude of the look in partnership with her ruby-red lip and Kurt Geiger booties for a touch of rebel edge. 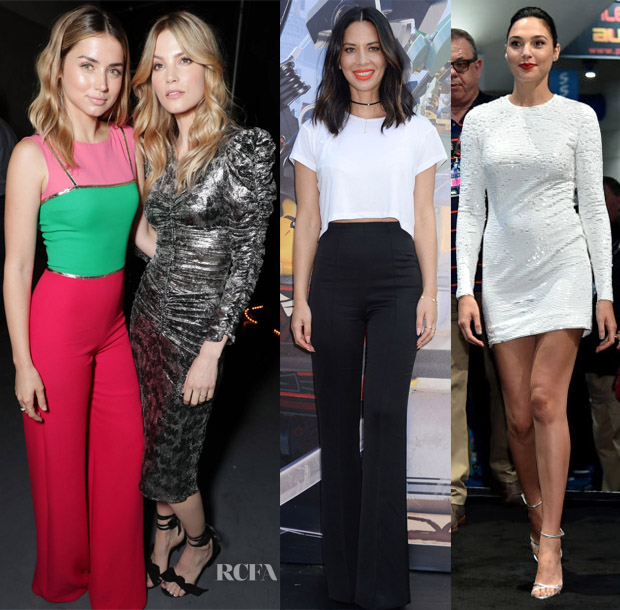 Ana de Armas: Speaking of colour-blocking, Ana’s Reem Acra Resort 2018 jumpsuit couldn’t have been more fresh and vibrant at the ‘Blade Runner 2049’ presentation. I love the brilliantly unexpected mix of hues in partnership with the metallic piping for a slight super-girl edge.

Sylvia Hoeks: Up against Ana’s modern look, Sylvia’s Isabel Marant Fall 2017 metallic, ruched gown was hard-pressed to have the same level of contemporary appeal. However, she did work the ’80s flavour of the body-con dress to her advantage, especially with the sweet bow sandals.

Olivia Munn: Playing with proportions, Olivia wore a cropped Are You Am I T-shirt with AQ/AQ high-waist, flared trousers. But, what brought the additional dose of cool attitude to the more basic look were her EF Collection choker and ring, an Established ring, and that bright coral lip. 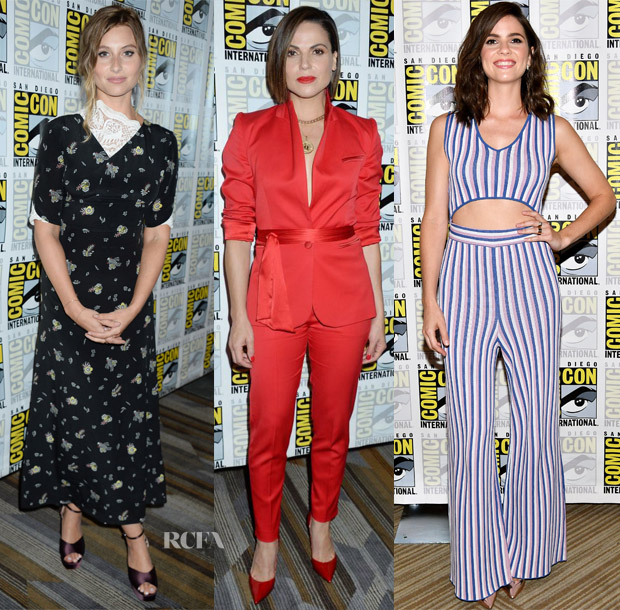 Aly Michalka: I couldn’t exactly get on board with the prairie vibes of this Creatures of the Wind Spring 2017 dress and its lace doily neckline—especially not with the eggplant platform shoes.

Lana Parrilla: The ‘Once Upon a Time’ actress was at the hit TV show’s press line in a Styland suit that fully indulged the colour of poison-apple red to striking effect, although I would have preferred a red sandal for the monochromatic look.

Shelley Hennig: At the ‘Teen Wolf’ press line, Shelley showed her style stripes in a PH5 Spring 2017 cutout ensemble. I liked its fresh perspective, but the proportions with the drop crotch seemed a bit awkward. 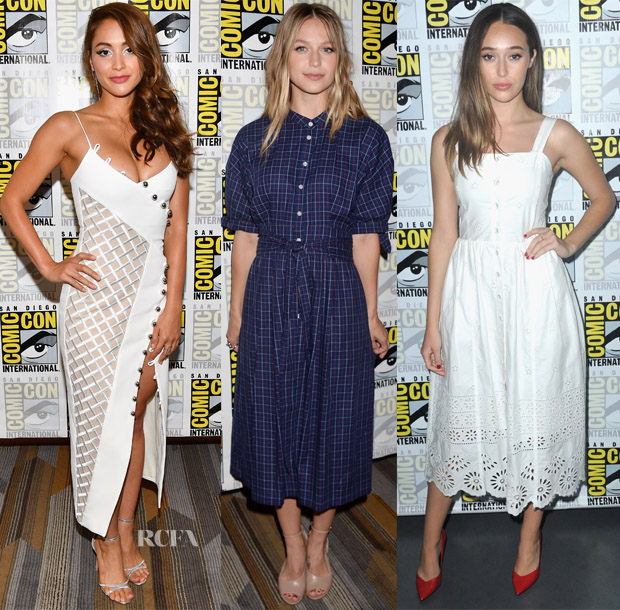 Lindsey Morgan: Lindsey stood out for her highly seductive approach at ‘The 100’ panel with this typically sexy David Koma Spring 2017 dress that fully celebrated both the girls and the gams.

Melissa Benoist: In stark contrast, Melissa looked quite conservative and covered up in her SEA New York shirt dress that was cute enough, but her Jimmy Choo ‘Theresa’ shoe choice fell a bit flat.

Alycia Debnam-Carey: Also in a SEA New York frock, Alycia made sure to bring some additional sass to the sun dress with her fiery red pumps.

Rose McIver: I love this beautiful periwinkle-blue hue and the breezy nature of the John Paul Ataker Spring 2017 separates. But the skirt seemed to fall so long as to seem ill-fitting, when Rose was seen at the ‘iZombie’ special video presentation and Q&A.

Letitia Wright: Adding a sporty edge to the Burberry lace-embellished frock for the ‘Marvel Studios Black Panther’ panel, Letitia showed that sneakers can add a cute kick to a dress.

Shannon Purser: While the colourways of this Melissa McCarthy Seven7 dress weren’t as flatteringly vibrant as I’d prefer, she made up for it at the ‘Stranger Things’ panel in her bright Call it Spring sandals. Swarovski jewels rounded out the look. 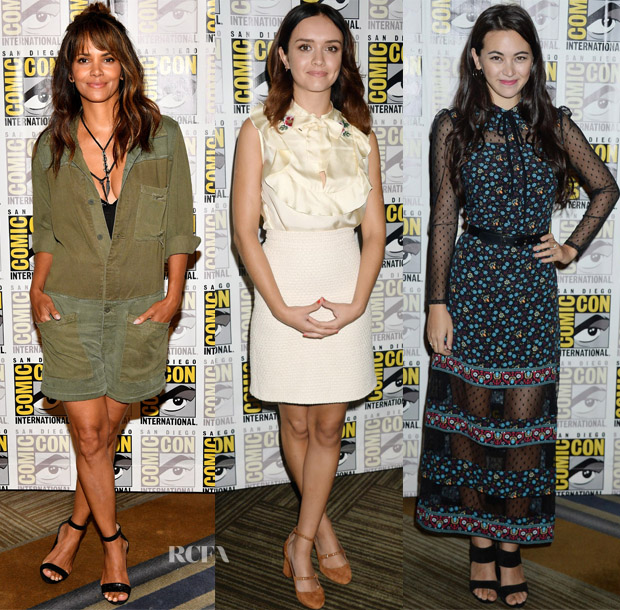 Olivia Cooke: At the ‘Ready Player One’ presentation, Oliva wore a Gucci ensemble that was adorable in silhouette but quite drab in colour—especially with her tan suede shoes.

Jessica Henwick: For Marvel’s ‘The Defenders’ press line, Jessica donned a Maje dress that was a feminine pairing of florals and sheer. I could easily see this dress transitioning to the fall, but a lighter sandal would have made it more summery.

Ana de Armas was a memorable favourite for me in this lineup. Which looks caught your eye?