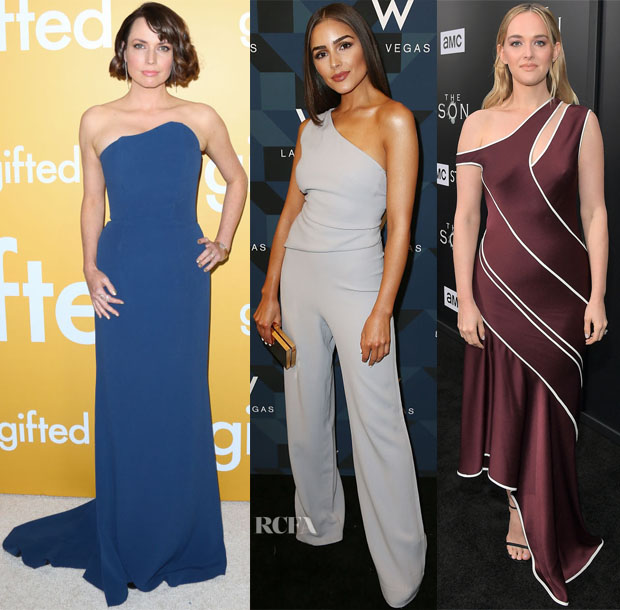 With so many looks over the past week, here is a roundup of a few that were missed in the red carpet crush of events.

Julie Ann Emery: Joining Jenny Slate at the ‘Gifted’ LA premiere on Tuesday (April 4), Julie Ann embraced a minimalist angle in this Ingie Paris gown that was lovely for its aura of simplicity, although it seemed to fall a tad long at the front.

Olivia Culpo: Speaking of minimalism, this greige Cushnie et Ochs asymmetric jumpsuit was an easy-chic offering. But, it really just played second fiddle to her ultra-bronzed beauty at the grand opening celebration of the W Las Vegas on Friday (March 31).

Jess Weixler:‏ Visually enticing, the crisp white lines of this Jason Wu gown punctuated its rich burgundy hue. I only wish the actress had opted for a sleeker updo at ‘The SON’ LA premiere on Monday (April 3). 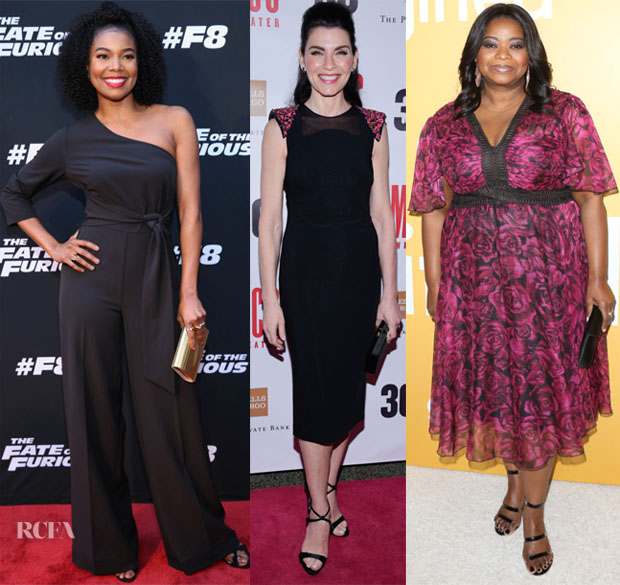 Gabrielle Union: While attending the Atlanta screening of ‘The Fate Of The Furious’ on Tuesday (April 4), Gabrielle showed off a look from her Gabrielle Union x New York Company capsule collection, effortlessly emboldening the relaxed lines of this one-shoulder jumpsuit with a red lip and a metallic-gold bag.

Julianna Margulies: I would have been fully bored with this Antonio Berardi Pre-Fall 2017 look had it not featured the embellished sequin shoulder. Giuseppe Zanotti sandals completed Julianna’s look at Miscast 2017 on Monday (April 3) in New York City.

Octavia Spencer: Also at the ‘Gifted’ LA premiere, the actress offered up floral femininity in a lovely magenta-pink hue with a dress from the Fall 2017 collection of her favoured designer, Tadashi Shoji. She styled the look with Tamara Mellon ‘Frontline’ sandals. 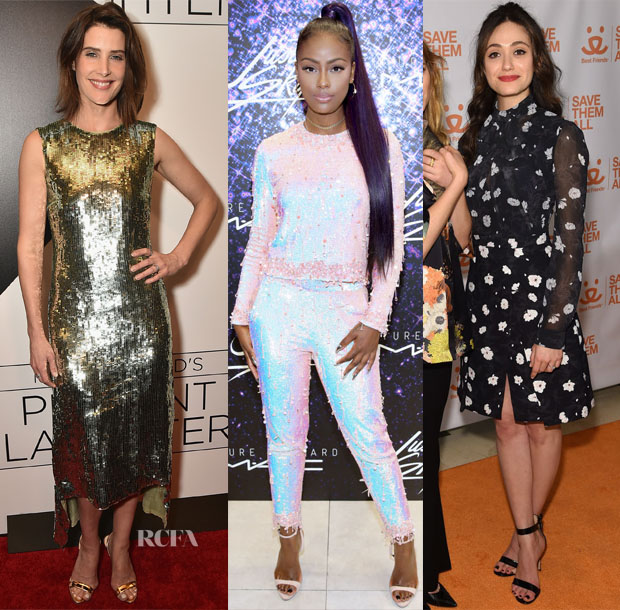 Cobie Smulders: All that glitters was quite golden with this Altuzarra Pre-Fall 2017 sequin dress that Cobie wore at the Broadway Opening Night After Party for ‘Present Laughter’ in NYC on Wednesday (April 5). Minimal styling with au naturel hair and makeup, plus a simple pair of metallic sandals, kept the look from going too glitzy.

Justine Skye: She has the nickname of ‘Purple Unicorn,’ and the singer showed us exactly why at her M.A.C Cosmetics Future Forward Appearance at M.A.C Pro Melrose in Hollywood on Tuesday (April 4). From the holographic, embellished ensemble, to her long dark purple mane, it was all about the spirited unicorn hues.

Emmy Rossum: The actress’s girly-chic Carven Pre-Fall 2017 floral-printed frock was a sweet fit for the 2017 Best Friends Benefit To Save Them All in New York City on Monday (April 3).

Emmy Rossum Was Pretty In Pink For Apple...