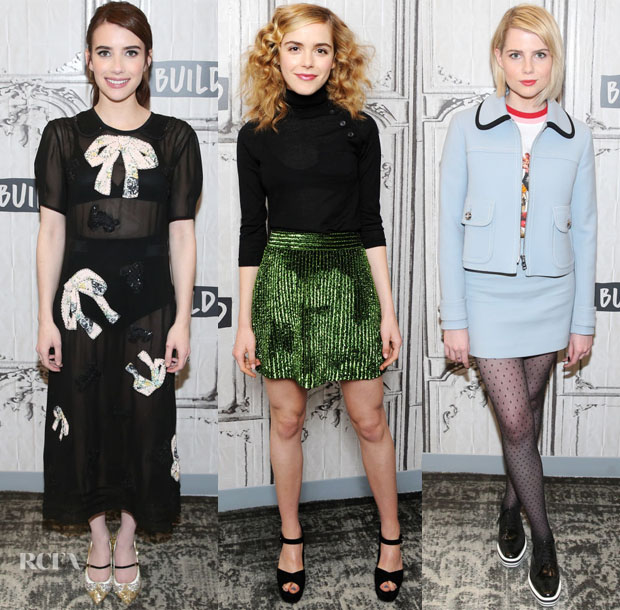 Emma Roberts, Kiernan Shipka and Lucy Boynton were back on the red carpet for the Build Series to discuss ‘The Blackcoat’s Daughter’ on Thursday (March 23) in New York City, following the premiere.

Emma Roberts: Despite not being a huge fan of the sheer trend, I much prefer this Coach Pre-Fall 2017 look over her Chloe dress, as I feel the bow appliqués adds a playful vibe as do the sparkling Mary Janes.

Kiernan Shipka: When opting for a sequined skirt for daytime, it’s always best to keep your styling pieces classic; which is exactly what Kiernan does with this Prada look.

Lucy Boynton: Opting for her second Prada look in so many days, it’s hard not to notice the similarities between the two outfits. Going forward I would like see her delve deeper into that Prada showroom give us something new and stimulating.