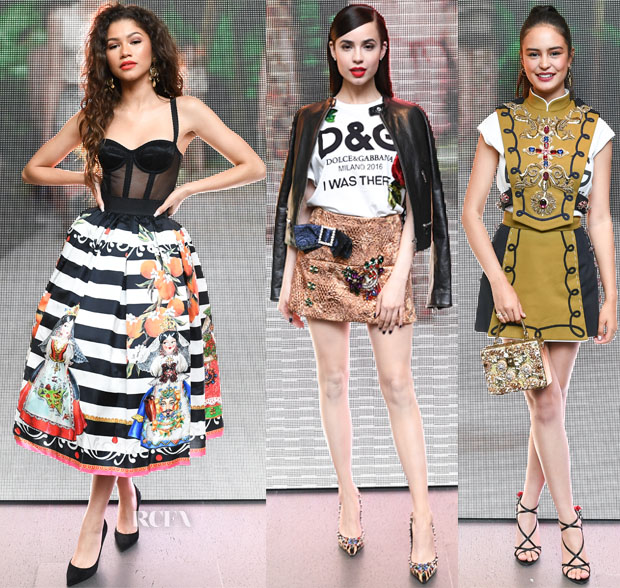 Dolce & Gabbana hosted a cocktail party at its Rodeo Drive boutique followed by an after-party at Bootsy Bellows to celebrate #DGNewVision #DGMillennials on Thursday (March 23).

Zendaya:  With a host of stars in attendance, it was Zendaya in her Dolce & Gabbana Spring 2017 look  which stood out the most. Her printed skirt paired with the brands signature bustier really set the tone for this event as a quintessential Dolce & Gabbana look.

Courtney Eaton:  Utilitarianism isn’t something we associate with Dolce & Gabbana, but that was the strong vibe I get from Courtney’s Dolce & Gabbana Spring 2017 look.  I’m tempted to say that that the bag was overkill, however, it keeps the youthful flare buoyant within this look. 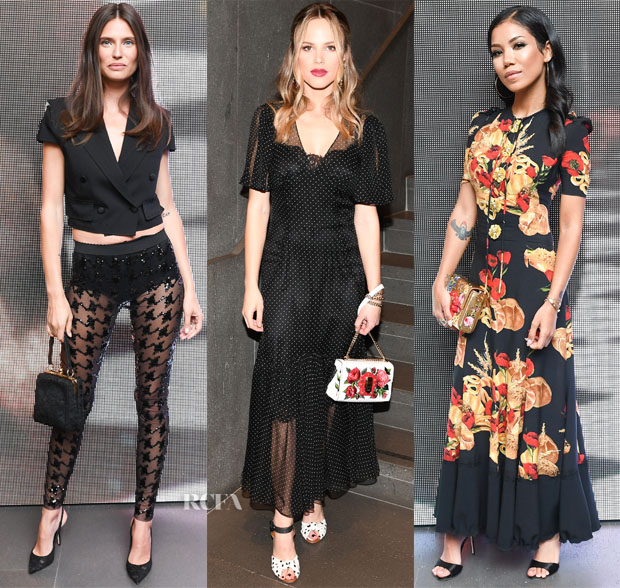 Bianca Balti: From the shrunken jacket to the sheer houndstooth trousers, I can’t say there is much I like about this Dolce & Gabbana look.

Halston Sage: This piece showcases the whimsical frills and polka-dot prints seen on Dolce & Gabbana’s Spring 2017 runway. I love how this look presents a romantically glamorous affair. We often associate Dolce & Gabbana with florals, but polka dots also make the list as one of their signatures.

Jhene Aiko: Hailing from the Dolce & Gabbana Spring 2017 collection, this bread-print dress may seem like strange idea, yet the print plays with one of the most sacred aspect of Italian culture: food. 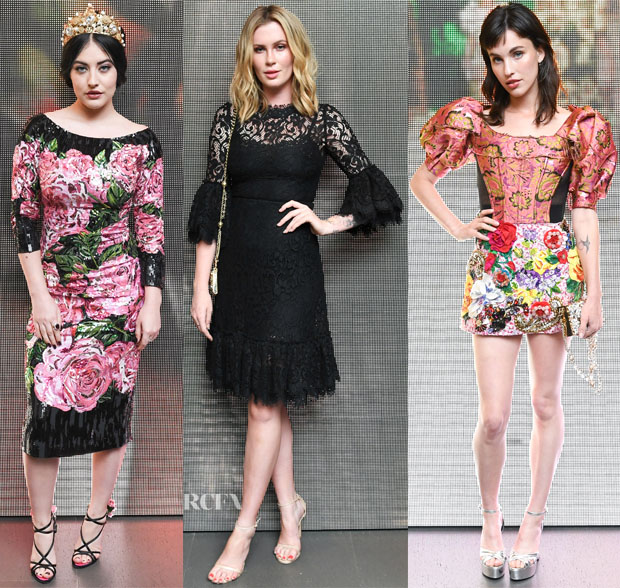 Starlie Cheyenne Smith: I would have been disappointed had there not been at least one sighting of the Dolce & Gabbana gold-plated filigree crown.

Ireland Baldwin: I wish Ireland had opted for some signature Dolce & Gabbana accessories to bring this signature look alive.

Rainey Qualley:  This sculptured look shows that there is more to Dolce & Gabbana than just florals and lace.  Rainey’s look almost has a futuristic feel. 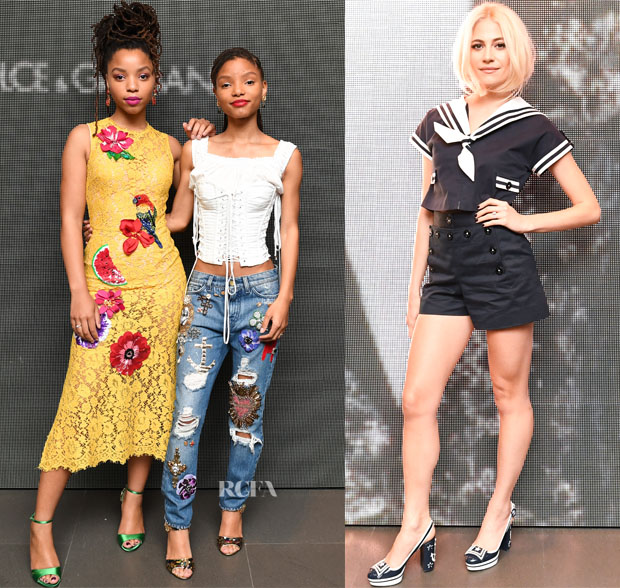 Chloe x Halle Bailey: Lace and corsets. You don’t get more Dolce & Gabbana than that. I love Chloe’s dress obviously for the bold colour, yet, Halle’s has a more fun, youthful feel. Chloe could pass as Halle’s the mother here.