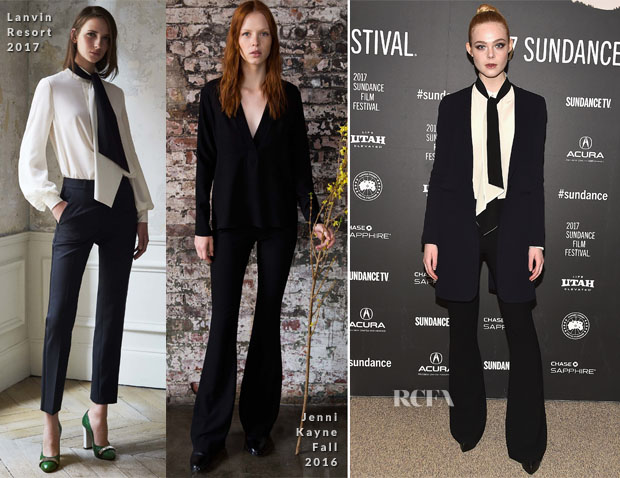 Elle Fanning joined Michelle Monaghan for the premiere of ‘Sidney Hall’ at the 2017 Sundance Film Festival in Park City, Utah on Wednesday (January 25).

While we’ve known and loved the inherent charm of the actress’s looks, her latest outing sees her rocking a decidedly different offering that was striking for its androgynous edge.

Did you like this more sleek, less sweet side of Elle?

Elle Fanning Wore Rodarte To ‘The ...