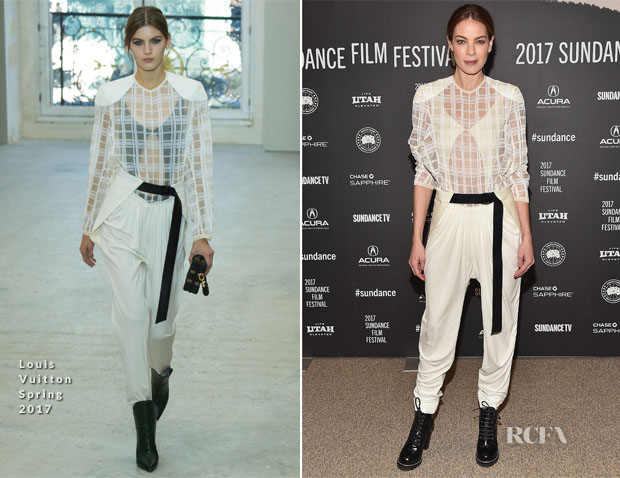 Michelle Monaghan attended the premiere of ‘Sidney Hall’ at the 2017 Sundance Film Festival in Park City, Utah on Wednesday (January 25).

Despite the winter-white hue of this Louis Vuitton Spring 2017 ensemble, it still had something of an angst-y, goth edge, which I credit in large part to her moodier makeup and black combat boots.

Between the sheer windowpane top and its shoulder pad-inspired detailing, and the harem pants cinched together with a sash, this is a perfect example of why some looks should just be left on the runway.