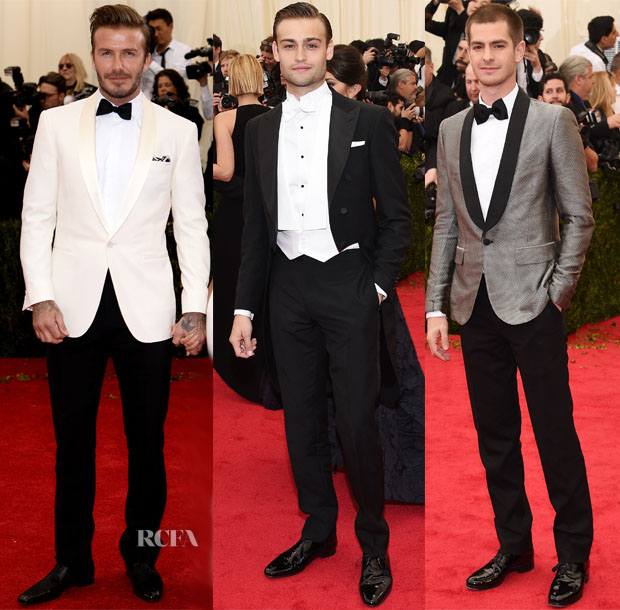 The dress code at the 2014 Met Ball, themed ‘Charles James: Beyond Fashion’ was “white tie,” which meant the guys were on their best glam behavior—at least most of them. Tuxes were spotted at every turn among the handsome hunks on the red carpet at the Metropolitan Museum of Art in New York City on Monday (May 5). It takes a lot of sartorial strength to stand up to the rush of bustling, bold gowns that punctuate the evening, but let’s hear it for the men who made it work.

David Beckham: This hot topic was hotter than ever in a crisp, cool Ralph Lauren Black Label white shawl collar tuxedo jacket, black bow tie and black tuxedo pant. This is the way to rock formal wear, without a hit of fussiness. Swooning yet? 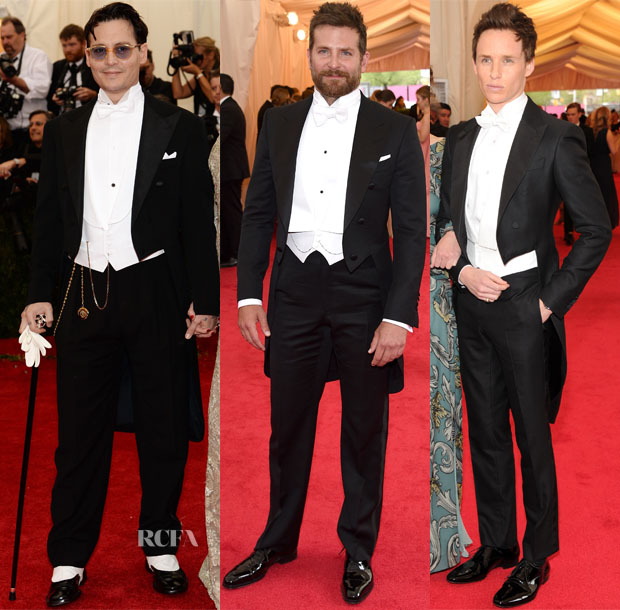 Johnny Depp: Donning a full-on, theme-appropriate costume, the actor flaunted his signature quirky appeal in a Ralph Lauren Purple Label black tuxedo tailcoat and white pique vest, accessorized rather robustly with round shades, plus a chain pocket watch, cane, white gloves and black and white dress shoes. Too much? 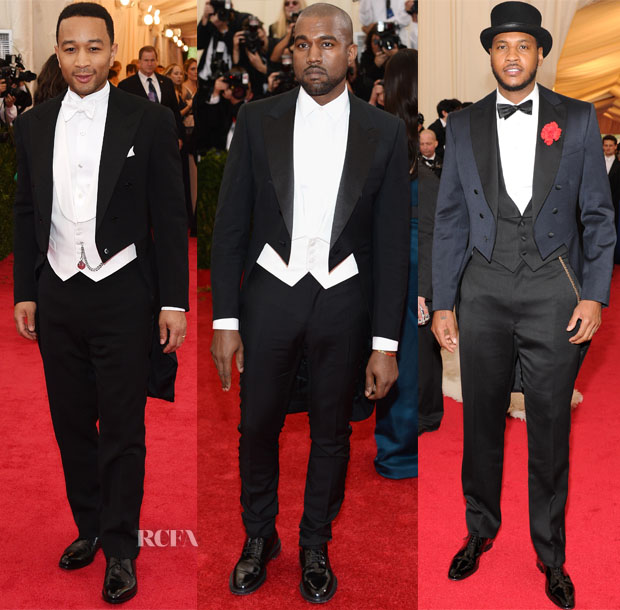 Kanye West: The rapper sauntered out with a cool attitude in a Lanvin look, composed of black wool silk tails, white piqué vest and a black tuxedo pant. 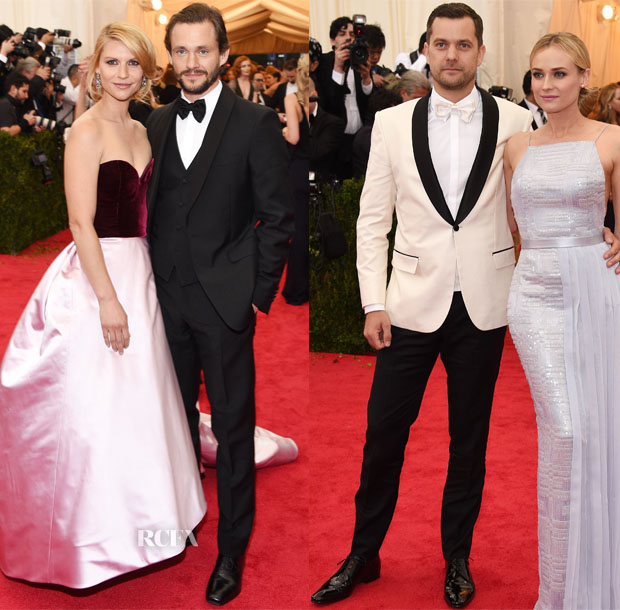 Joshua Jackson: It would be hard for Joshua to stand out with Diane Kruger by his side, but he still tried his best in a Hugo Boss suit. While he obviously kept the white tie code in mind, I didn’t love the way his cream dinner jacket aligned with his white shirt and off-white bow tie. 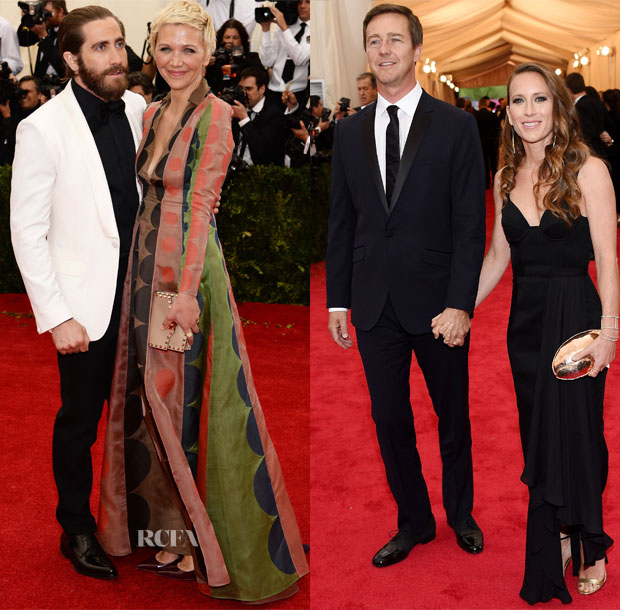 Jake Gyllenhaal: Posing with sister, Maggie Gyllenhaal, the actor wore black and white with a crisp Givenchy tuxedo complemented by a Dary’s tie pin. I’m not a huge fan of the rugged facial hair, or the fashion mix, but this is an adorable bro and sis moment.

Edward Norton: Stepping outside the evening’s black and white tux trend, he opted for navy with his Theory single-breasted tuxedo, worn with a long tie rather than a bow tie. He completed the ensemble with Jimmy Choo ‘Prescott’ loafers. His wife, Shauna Robertson, was also in Theory by Olivier Theyskens—a custom gown with graceful draping. 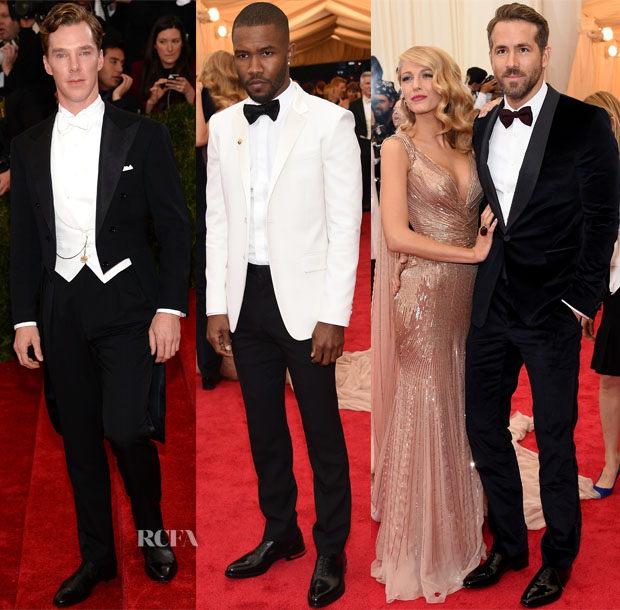 Frank Ocean: The singer-songwriter polished his look with a Givenchy tuxedo, featuring a white dinner jacket and black trousers, embellished with Jacob and Co. jewels and Dary’s tie pin.

What Was Your Favourite Andrew Garfield ...

Who Was Your Best Dressed At The 2014 Met Gala?