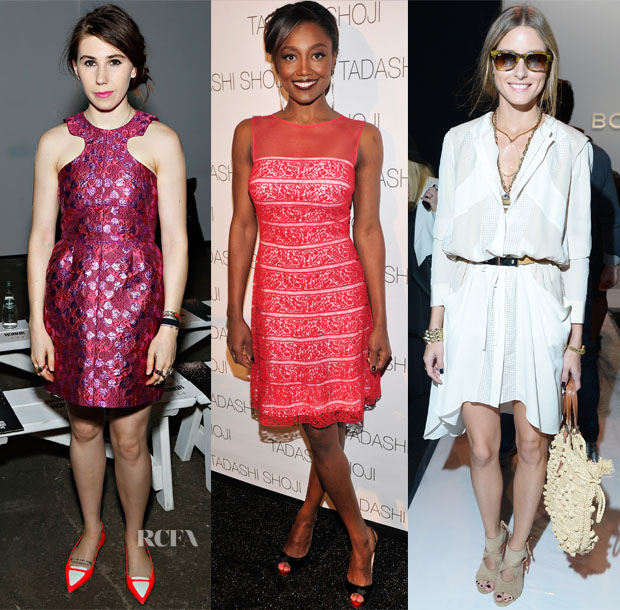 Here is a quick roundup of the notable attendees who took their front-row seats during Day 1 of Spring 2014 New York Fashion Week.

Zosia Mamet @ Honor: Still not able to crack a smile, the ‘Girls’ actress who has worn many Honor pieces on the red carpet opted for this pretty pink jacquard racer-front mini dress styled with red-and-white Tabitha Simmons for Honor pointy flats. Not one to usually wear much makeup, I love the pink lip colour here, but her overall styling – not surprisingly – is off.

Olivia Palermo @ BCBG Max Azria: The socialite and FROW regular doesn’t always play the ‘wear pieces from the designer show I’m attending’ game but she did so on this occasion, wearing a BCBG white-and-nude draped long-sleeved Resort 2014 dress with her favourite summer accessories, including the Aquazzura ‘Sexy Thing’ booties, Ray-bans and her crochet Gerard Darel bag, and eclectic jewels including the Lulu Frost necklace I had on my Must-Have Monday post a few weeks back. 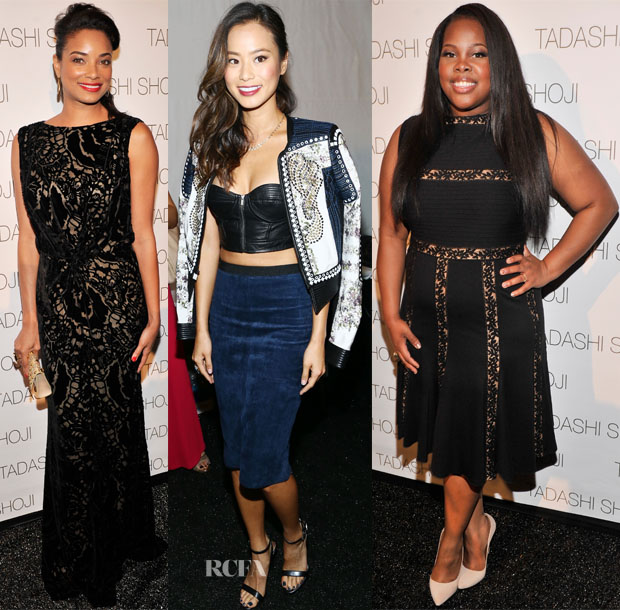 Rochelle Aytes @ Tadashi Shoji: The ‘Mistresses’ actress may have overcooked it wearing a black velvet gown from the designer’s Fall 2013 collection.

Jamie Chung @ BCBG: The ‘Hangover’ star worked a sexy BCBG look wearing a Resort 2014 embroidered jacket slung over one shoulder with a Fall 2013 leather bra top and a fitted blue faux-suede pencil skirt. I don’t usually think of sexy when it comes to BCBG, but Jamie is doing her best to change that perception.