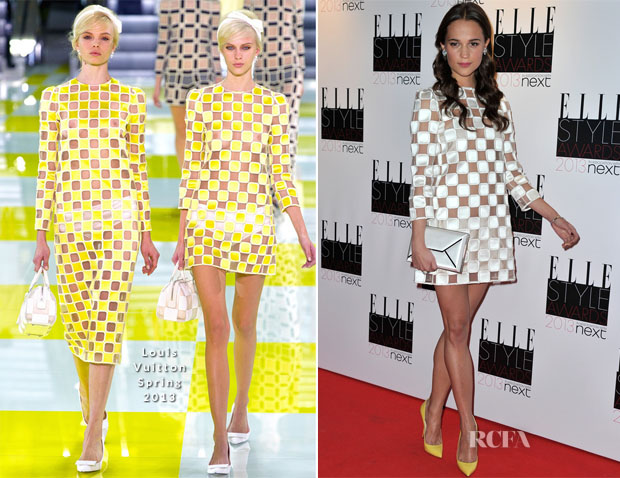 The Swedish actress wasn’t about to be left out of the checquerboard game that was Louis Vuitton’s Spring 2013 runway.

She was hip to be square, showing off her legs (and a lot more, too) in her abbreviated frock from the incredibly popular collection. It wasn’t quite as see-through as the dress on the model, thanks to some strategically placed underlining.

The geometry continued with her boxy, Smythson ‘Floating Envelope’ clutch, and I loved that she borrowed inspiration from the yellow runway with her pointy Christian Louboutin ‘Batignolles’ pumps.

Radiant makeup and pretty curls completed this look from one of our Ones to Watch in 2013.

We’ve seen the checquered trend played out so many times before on the red carpet, so now I say what’s another time.

Did this Editor’s Choice award winner win your vote with her sheer love of LV?