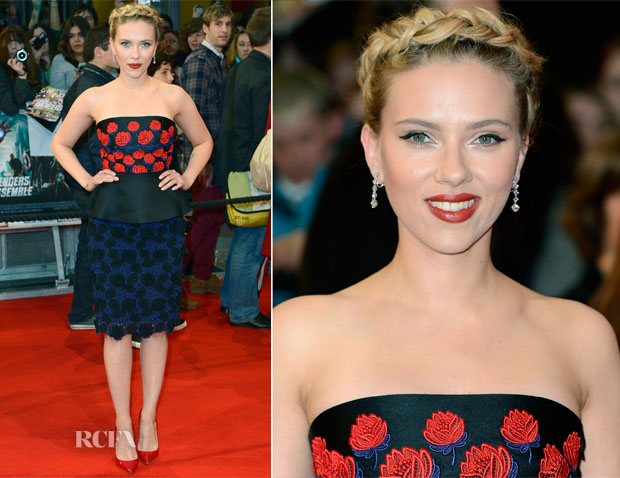 Scarlett Johansson was joined by her co-stars on the red carpet in London tonight for the premiere of her latest movie ‘The Avengers’ held at the Vue Westfield.

The actress donned a Prada dress.

This look is a vast improvement on the one she wore to the Moscow premiere, but the peplum looks like an afterthought and the string hanging off her hemline makes me itch.

I don’t hate this look, but I’m not wowed by it either.

I’m still wishing for a return of the ScarJo of old and some more colourful red-carpet looks.

Let’s move on from the Black Widow references.

68 Responses to Scarlett Johansson In Prada – ‘The Avengers’ London Premiere