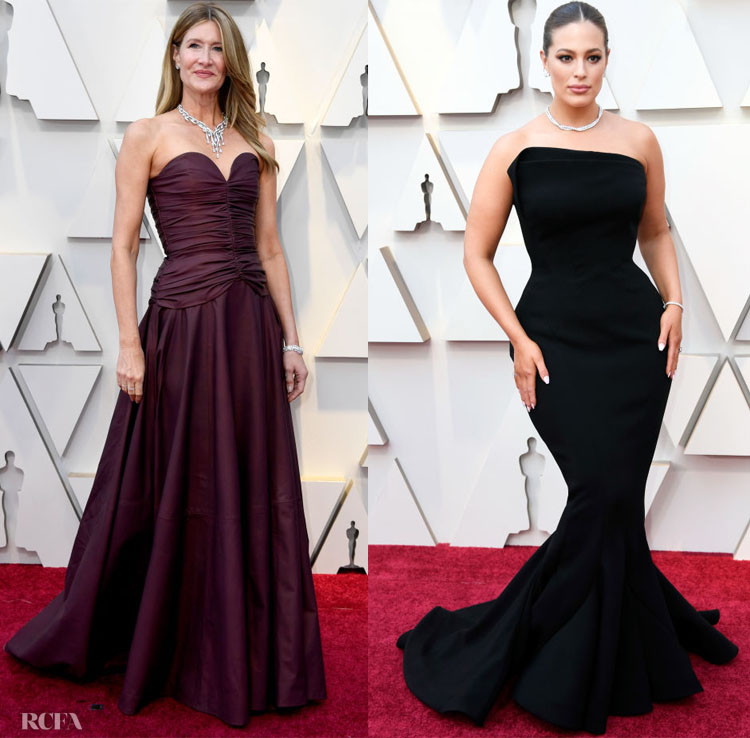 There was an endless parade of striking fashion at the 2019 Oscars on Sunday evening (February 24) in Hollywood, California.

Laura Dern: The presenter was one of a few ladies to wear Rodarte this evening. Her ruched aubergine gown was a great backdrop for the statement Harry Winston jewels.

Ashley Graham: The ABC red carpet pre-show host’s Zac Posen gown was sculpted to show off her incredible hourglass figure. A bare neck would have brought more emphasis to the diagonal neckline. 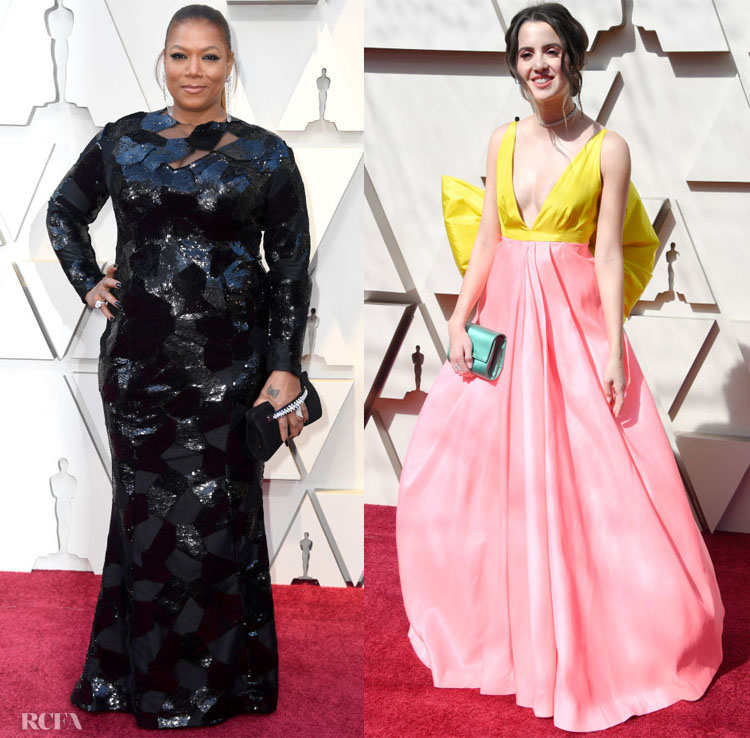 Laura Marano: In Celia Kritharioti, the singer-actress looked more like she was attending prom rather than the awards because of the accessories and supersized bow. 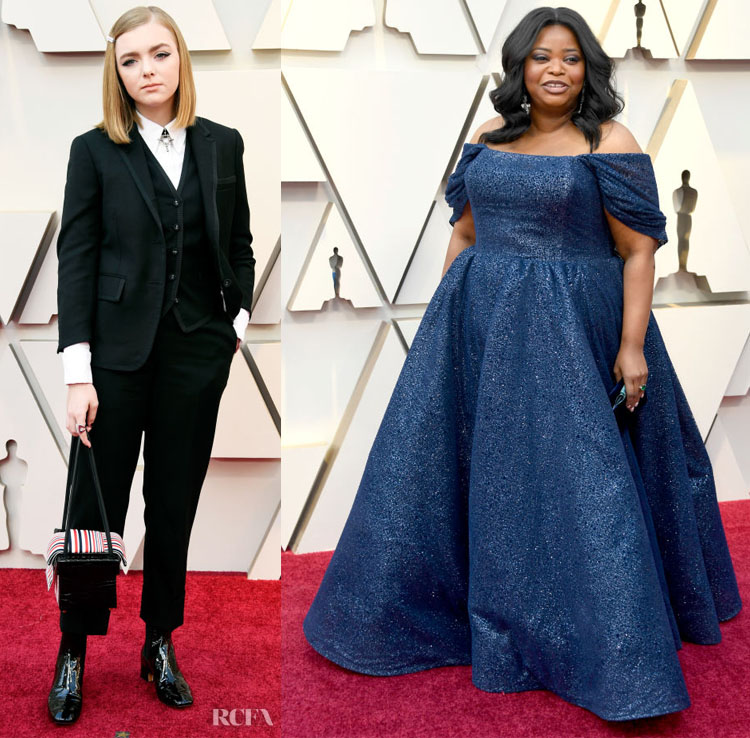 Elsie Fisher: The ‘Eighth Grade’ actress has been wearing playful variations of suits and boots throughout awards season and her Thom Browne ensemble was a sleek grand finale.

Octavia Spencer: The ‘Instant Family’ actress shone in brilliant blue Christian Siriano. The silhouette with nipped waist and draped sleeves is as mesmerizing as the fabric. 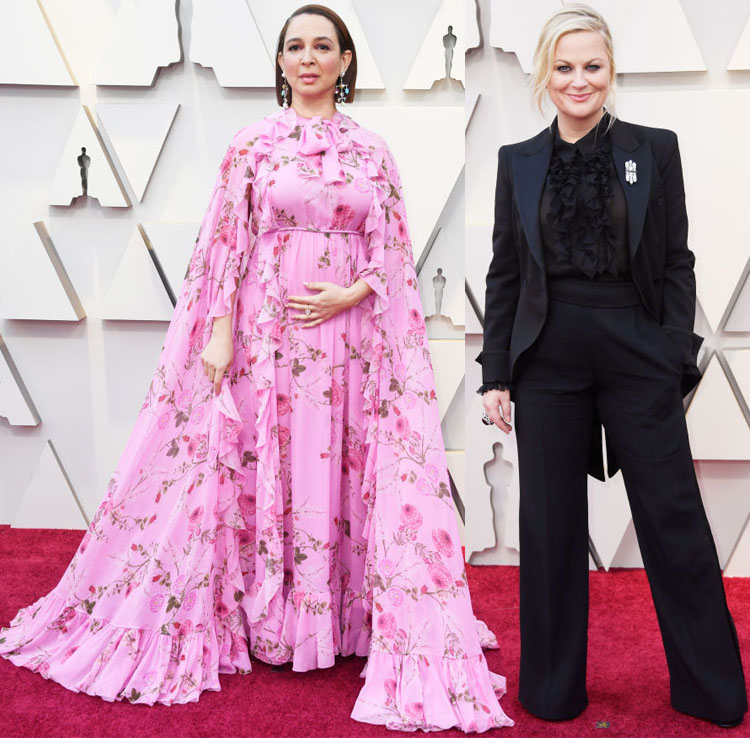 Maya Rudolph: The ‘Forever’ actress embraced full-out whimsy in Giambattista Valli with Irene Neuwirth jewels. It’s a lot of look and a lot of romance.

Amy Poehler: She got the show started in Alberta Ferretti Limited Edition with Lorraine Schwartz jewels. Pulling off tails can be tricky but she’s working them. Some might wish for colour. 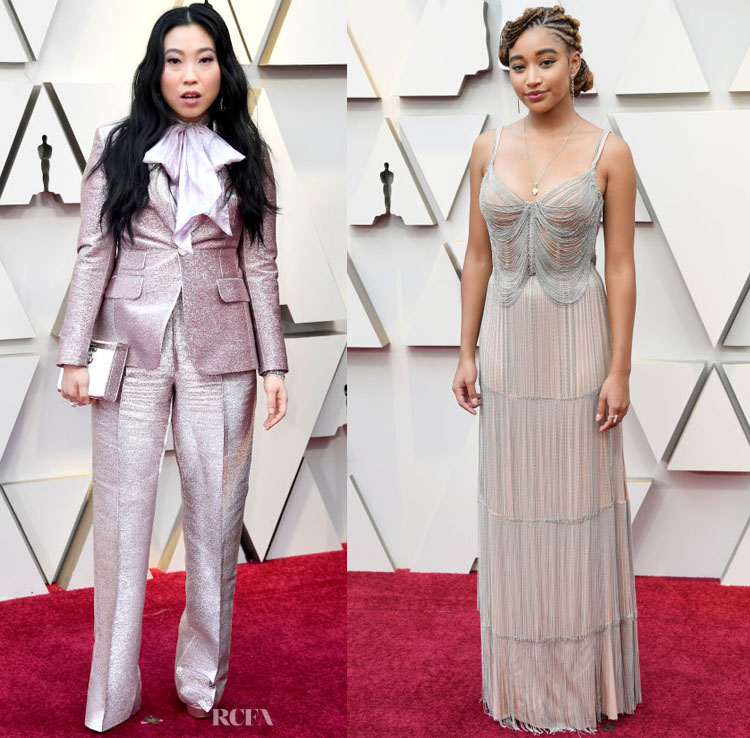 Awkwafina: ‘The Crazy Rich Asians’ actress brought some disco fever in Dsquared2 Pre-Fall 2019 with Chopard jewels. I wish the finish was crisper. The shimmer cannot distract from the ill fit and lackluster colour on her.

Amandla Stenberg: Outfitted in Miu Miu with Brian Atwood shoes, ‘The Hate U Give’ actress’s gown was worthy of second and third looks thanks to all of the texture. If I were to nitpick, I would like to see something different was done with the straps.