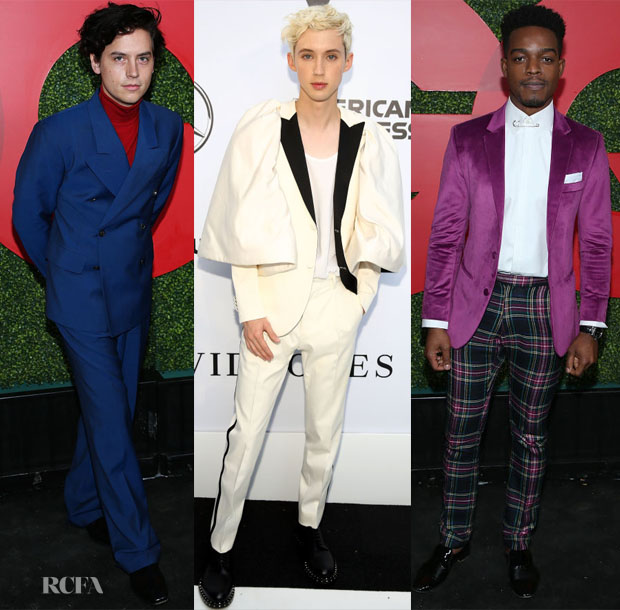 Here is the final roundup for the fellas who have been showcasing a range of styles from LA, Melbourne to Paris this week.

Cole Sprouse: This double-breasted suit would’ve come off as pretty standard had it not been for the injection of blood-red via his turtleneck.

Troye Sivan: The peformer attended the NGV Gala 2018 in Melbourne wearing an ivory and black trimmed Valentino look especially designed for him by Creative Director Pierpaolo Piccioli. I love the reinterpreted blazer, which instantly feels modern with the cape detail. This is a shoe-in for BDOTW.

Stephan James: Kiki Layne may be getting all the plaudits for her style, but that should also be attributed to Stephan too. I mean, does they guy even own a black or navy suit? Once again he embraced colour, and print, in a way that was ensured that he would stand out for all the right reasons in Grayscale. David Yurman accessories completed his look. 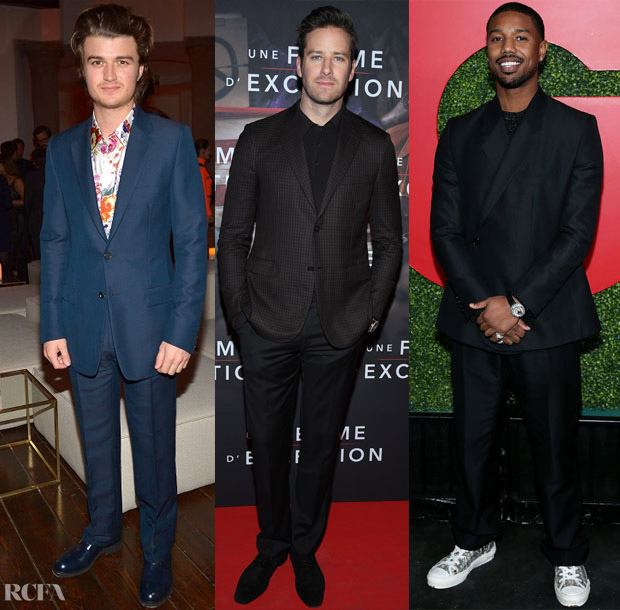 Joe Keery: I like the inky-blue colour of his Dior Men by Kim Jones suit, but I love the flare imbued by the colourful shirt. This was a nice way to keep things interesting.

Armie Hammer: The actor joined Felicity Jones for the On The Basis of Sex’ Paris premiere. The texture of his blazer does enough hold my attention.

Michael B. Jordan: The actor was one of many to opt for Dior Men by Kim Jones at this event. Looking at this suit, I really miss the detail that used to be the focus of his red carpet looks. The Dior Men ‘B23’ sneakers , which we recently saw on David Beckham, aren’t really doing it for me either. 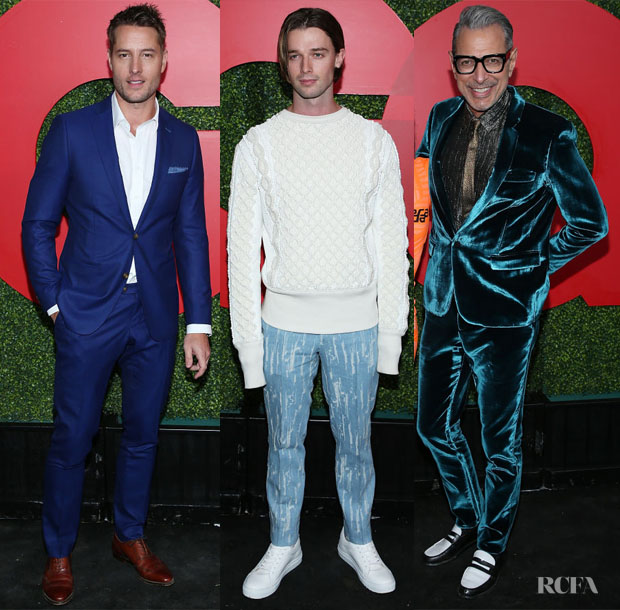 Justin Hartley: The ‘This Is Us’ actor often wears blue, and I don’t see why that should change.

Patrick Schwarzenegger: I love the IH NOM UH NIT sweater which feel directional in style, as do the Dzojchen splatter prints jeans. Simple sneakers from CROSTY completed his look. The only thing I’m not crazy about here is the hair.

Jeff Goldblum: If I ever see the actor in a black suit, outside awards season, I know the world is coming to an end. 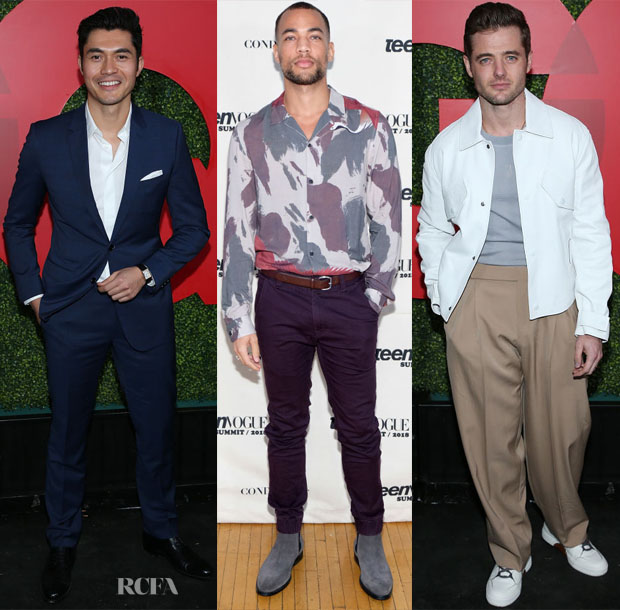 Henry Golding: The handsome actor wasn’t about to make any directional choices. He opted for a simple, classic look from Dior Men.

Kendrick Sampson: The actor opted to keep things casual for the Teen Summit.

Robbie Rogers: The former soccer star was springing forward in Zegna. I’m not sure the trousers will work for everyone, but I like that he brought something different to the many suited option at the GQ party. 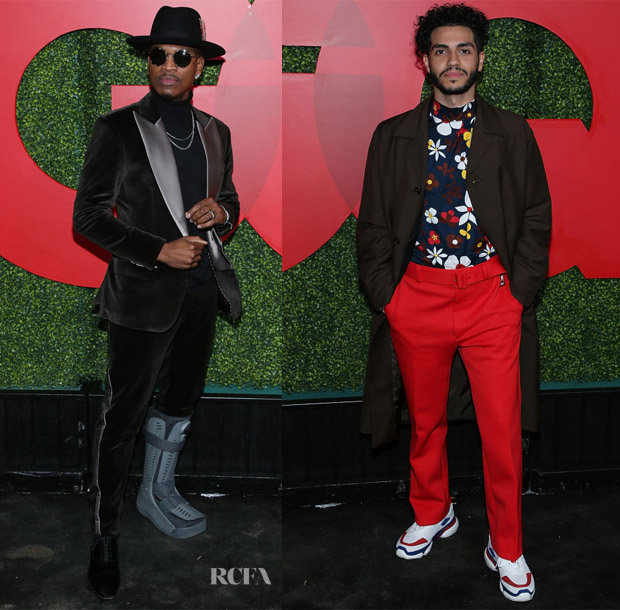 Mena Massoud: Like Jeff Goldblum and Stephan James, Mena proved that there is life outside the narrow navy and black suiting options, by wearing a colourful Prada look.