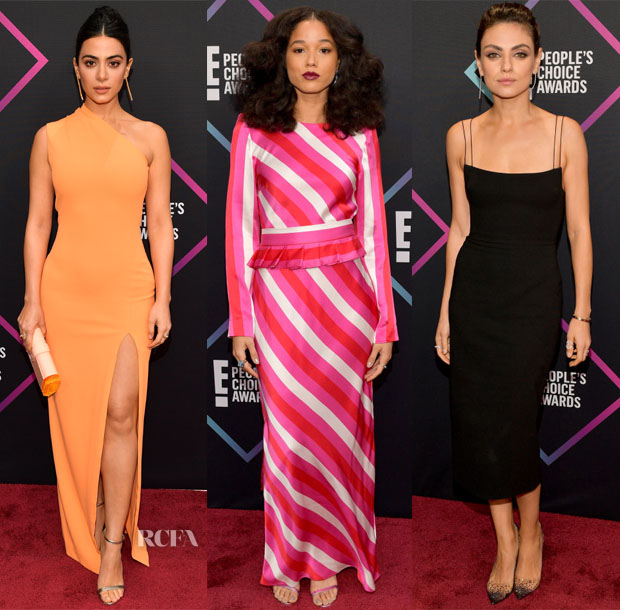 There was much to see at the 2018 People’s Choice Awards on Sunday (November 11) in Santa Monica, California, with celebrities joining Danai Gurira and Kat Graham.

Emeraude Toubia: The ‘Shadowhunters’ actress warmed up the red carpet in a creamy orange Solace London gown. Had it been a few shades darker, it would have really brought out her complexion.

Alisha Wainwright: Emeraude’s costar made an even bolder statement in striped Maggie Marilyn Resort 2019 with Atelier Swarovski jewels. I wish for a sleek bun or pony because the big hair and silhouette are creating a strong retro mood.

Mila Kunis: Always partial to a black dress, ‘The Spy Who Dumped Me’ actress was attired in Alex Perry. The Christian Louboutin ‘Degrastrass’ pumps added a magical touch. 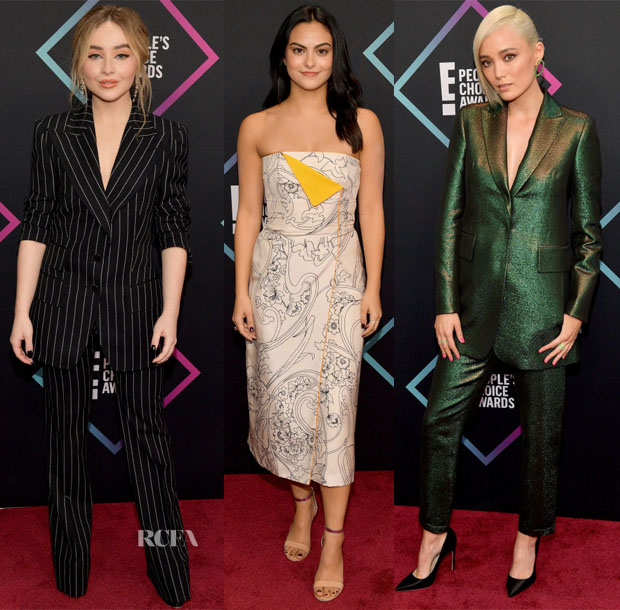 Sabrina Carpenter: The singer-actress went for sharp suiting in Tom Ford. The striped ensemble was a more mature pick for someone of her 19 years but the styling attempted to keep it from being too serious.

Pom Klementieff: Shimmering in Akris, the ‘Avengers: Infinity War’ actress made her metallic suit her own with her accessories and neon nail polish. 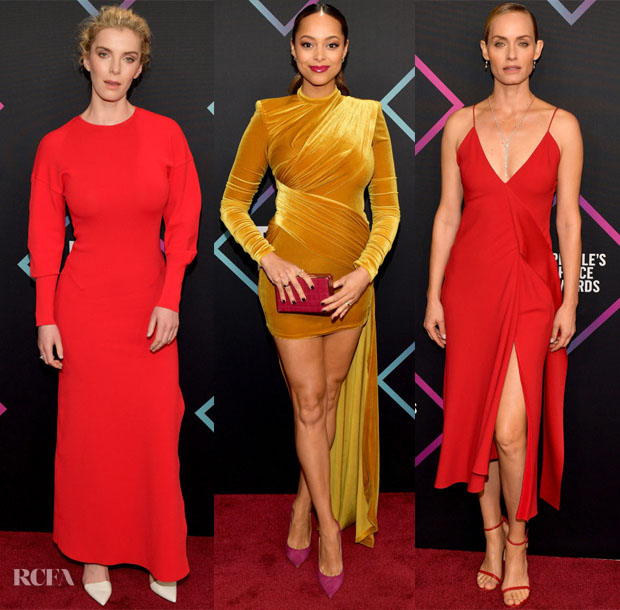 Betty Gilpin: Her Esteban Cortazar dress was simple in silhouette but fiery in colour. Yet, it still feels like something is missing. The beauty look needs more punch.

Amber Stevens West: The draping and mustard velvet of her Michael Costello mini have such impact, but the accessories take away from it. 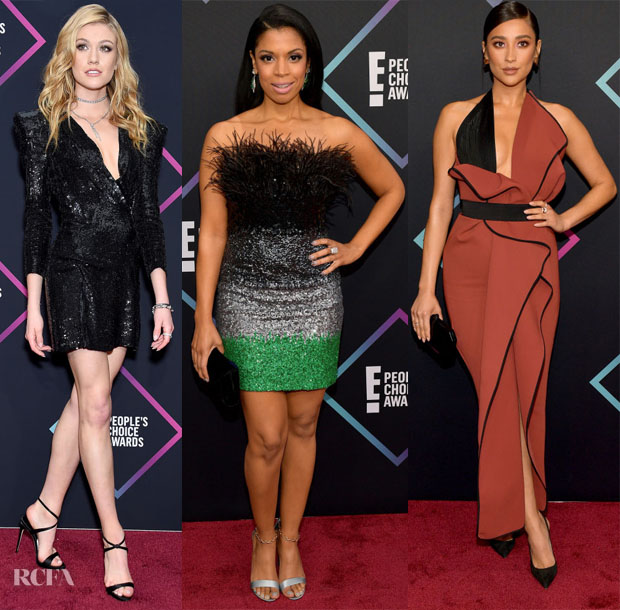 Katherine McNamara: She took a trip to the archives with her Balmain Fall 2009 dress and Giuseppe Zanotti sandals, and the ensemble didn’t feel out of place.

Susan Kelechi Watson: The ‘This Is Us’ actress looked ready to party in Georges Chakra Fall 2017 Couture and a Tyler Ellis clutch, but I’m wishing for a different shoe.

Shay Mitchell: The former ‘Pretty Little Liars’ star loves to experiment and this Maticevski gown with Tyler Ellis clutch had plenty of interest with the contrasting fabrics and gentle draping. 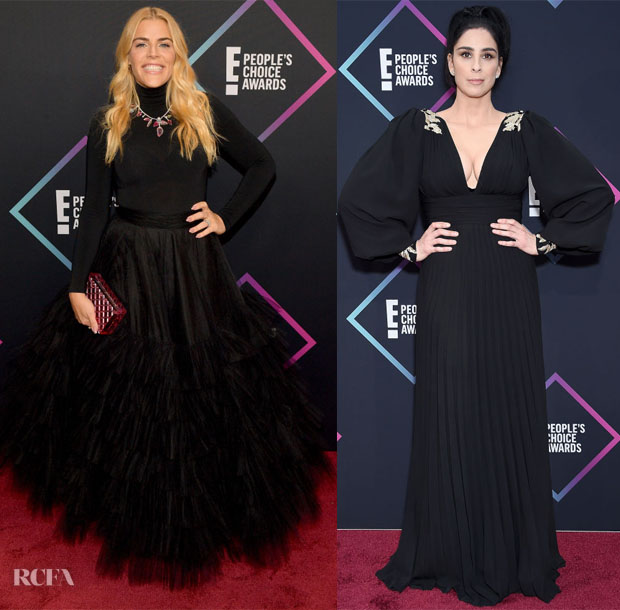 Busy Philipps: The ‘Busy Tonight’ host loves to play with fashion, but the Christian Siriano frock with Irene Neuwirth jewels feels overwhelming and a bit contrived.

Sarah Silverman: A fan of black, she presented a softer take in a pleated Rhea Costa gown. The open neckline brought plenty of sex appeal against the voluminous sleeves.