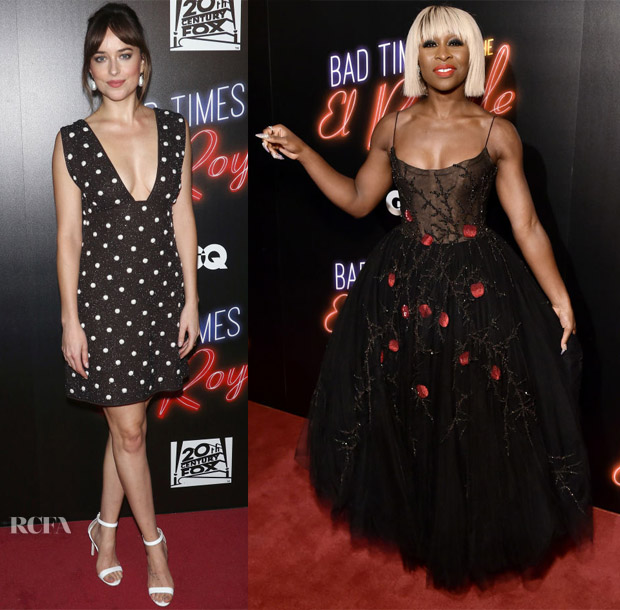 The ‘Bad Times At The El Royale’ press tour rolls on with the New York screening on Thursday (September 27).

Dakota Johnson: After having a magical moment in Gucci at the LA premiere, she switched directions in a short, speckled Ganni Fall 2018 dress. The rule about not wearing white after Labour Day is a tired one, but some might take issue with white sandals. The twinkling black base of the frock nudged the footwear in the right direction.

Cynthia Erivo: Those hoping for drama got it in full force with the British beauty’s Paolo Sebastian Spring 2018 Couture gown. It has such bewitching romance and she carried off the longer length in style. 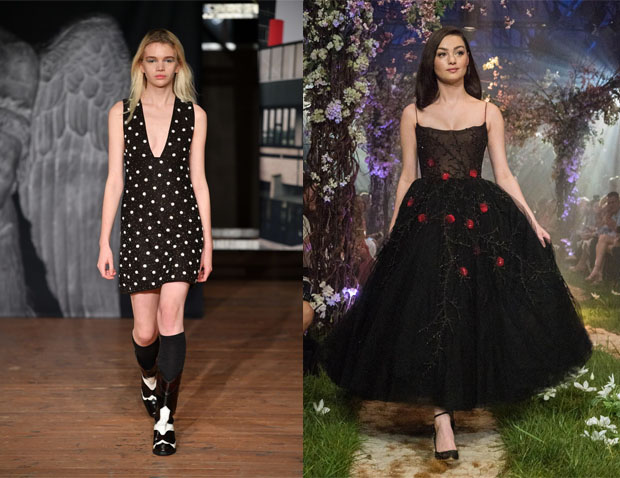