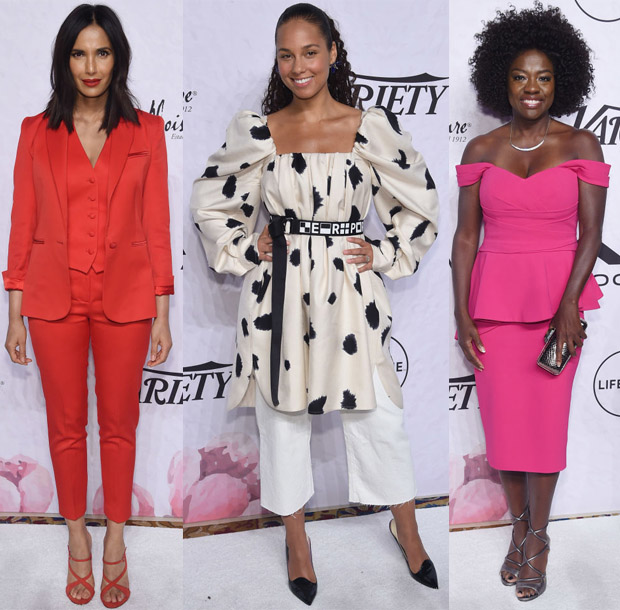 Variety’s Power Of Women: New York event on Friday (April 13) had many influential women in attendance.

Padma Lakshmi: A beauty in red, the ‘Top Chef’ host put on a coordinated display from head to toe. Everything in her look was perfectly cohesive from the three-piece slim Styland suit to the sandals to her red lipstick. No statement jewellery was necessary as the fiery hue had such impact.

Alicia Keys: The singer experimented with silhouettes by teaming a Calvin Klein Spring 2018 dress with cropped pants and heeled mules. Had the trousers been full length, they would have had more of an elongating effect. I’m sure there will be others who will take issue with the statement tie belt.

Viola Davis: The actress wowed in pink at the 2018 Oscars, and she took the shade for a spin once again in a Pamella Roland dress. The pewter accessories and Toni & Chloe Goutal necklace bring a cool modernity to the feminine style. 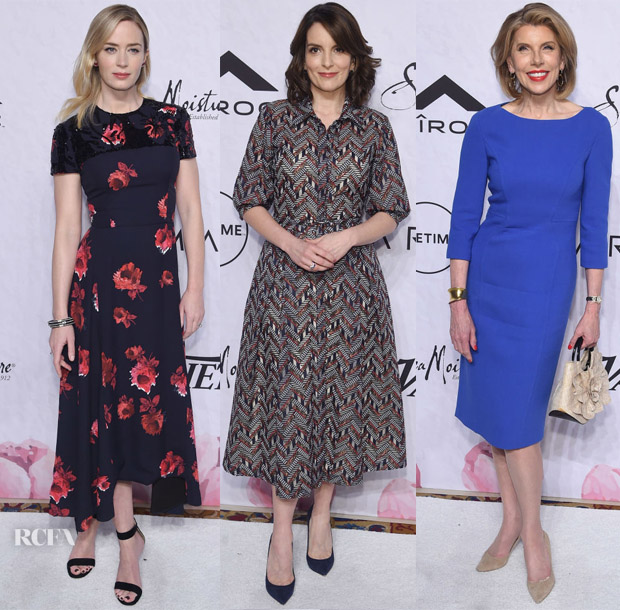 Emily Blunt: Navy is typically a subdued shade, but the deep blue Prada frock the ‘A Quiet Place’ actress wore was no wallflower look thanks to the red print. The black sequined neckline added modern sparkle and was tied in via her footwear for a chic finish.

Tina Fey: The comedienne also donned a printed dress, but chose a softly flared style with a zigzag pattern from the Gabriela Hearst Spring 2018 collection. The amount of skin revealed was perfect as it balanced the geometric design. The look was styled with Jimmy Choo Anouk pumps.

Christine Baranski: Looking elegant in blue, the actress defined refined sophistication with her knee-length sheath. The red lipstick and manicure punctuated the rich blue shade. The top handle bag was a surprising choice as many likely expected a clutch, but it gave the look more personality.