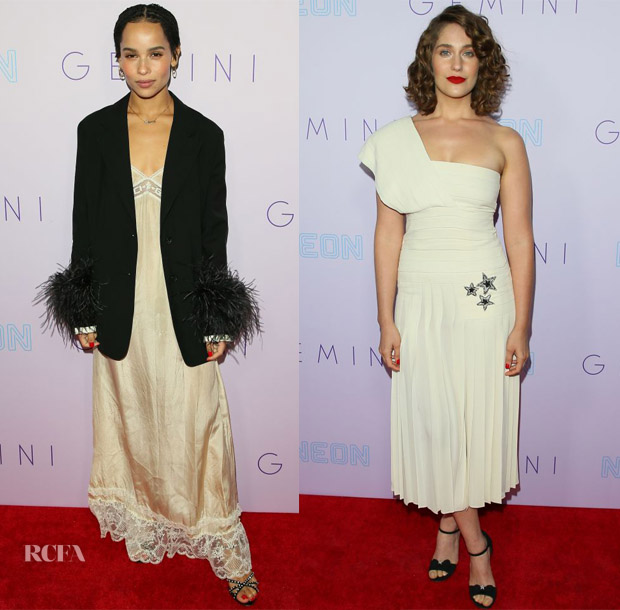 Soft shades and whimsical touches were the styles at the ‘Gemini’ LA premiere on Thursday (March 15).

Zoe Kravitz: The beauty donned an ivory slip Gucci Spring 2018 dress, bringing an alluring vintage sentiment via the lace trim. She tempered the lingerie effect with a Prada blazer. The feather-adorned cuffs added a playful touch and worked with the softer details in the frock. It’s a shame about the creases on the skirt as this had such a low-key beauty.

Lola Kirke: The romantic mood continued with her costar’s ensemble. The English actress brought the glamour with a one-shouldered dress. The shorter silhouette and pleated skirt lent an Old Hollywood vibe which she gamely played up with her accessories and makeup. The star appliqués on the hip brought a touch of whimsy and rendered bold jewellery unnecessary.