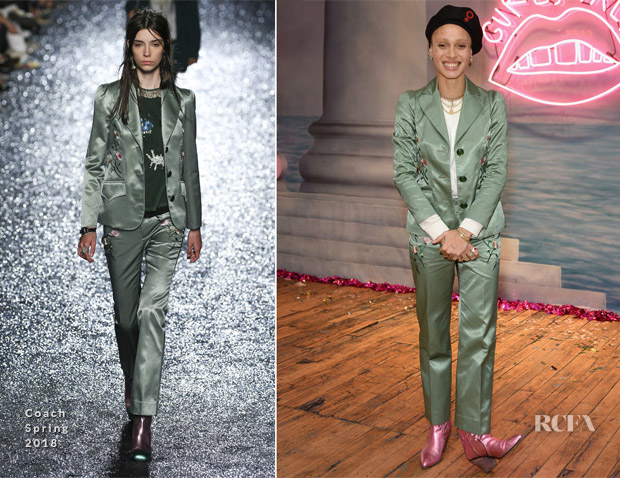 Adwoa Aboah put on a jaunty front at the Gurls Talk Festival on Sunday (March 11) in New York City.

The co-founder was clad in a Coach Spring 2018 ensemble which carried a softer feel than the traditional suit thanks to the rounded shoulders and softer fabrication.

The pink boots brought out the floral embroidery in a joyful manner and played into the celebration of women.

Her beret capped off the sentiment as it celebrated girl power with its bright red appliqué.

Which Was Your Favourite Saoirse Ronan Awards Season Look?